From dismantling hierarchy to taking care of the health needs of its employees, Britannia bounced back to work quickly and helped feed the country under lockdown 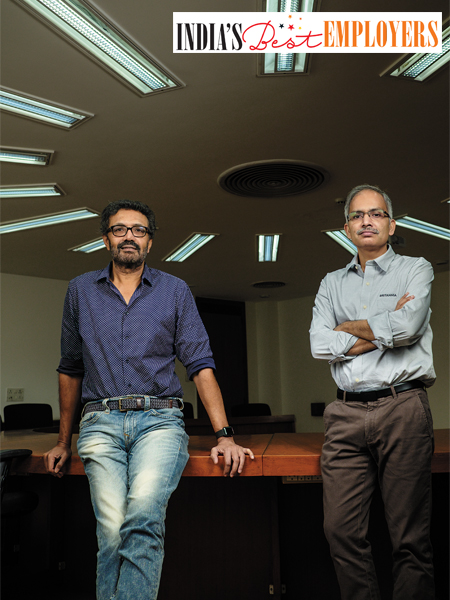 (From left) Britannia MD Varun Berry and HR Head Ritesh Rana say camaraderie at the company is tighter in the wake of the pandemic
Image: Nishant Ratnakar for Forbes India

At Britannia, April 2020 was an exceptionally busy month. As the country shut down, demand for its biscuits, cheese and bread soared. The company couldn’t open its factories fast enough.

Among the myriad challenges the business faced, the most important was putting employee concerns to rest. For a company that relies on a lot of contact with retailers, assuring them of their physical safety was key. Overnight, a new policy was formulated and employees were told that the company would take care of all Covid-related expenses irrespective of the cost. This was over and above the health insurance policies that the company had in place for its employees. It also extended to contractual staff. “That email to employees was widely shared (outside the organisation) and some of my counterparts at other companies told me they had seen it,” says Ritesh Rana, head of human resources at Britannia.

The net effect of allaying employee concerns was that Britannia got back to work quickly and was able to post blowout numbers in the April-June quarter. Sales were up by 26 percent to ₹3,421 crore and profits more than doubled to ₹546 crore. Its market capitalisat 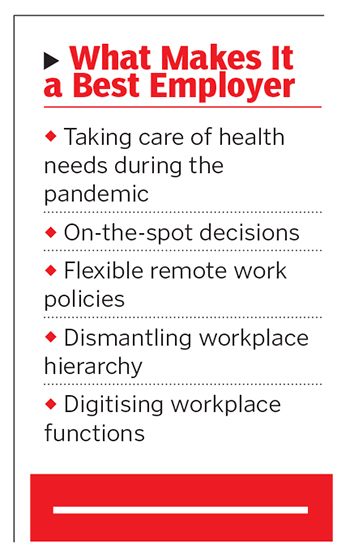 With employee health concerns addressed, the company noticed staffers going about their jobs with a sense of mission. A strategic decision centre was set up and the top management made sure they gave out permissions for ad hoc requests quickly. These could range from consents for opening factories to getting personnel moving. A business continuity meeting was held every morning.

“We could see that there was a lot of enthusiasm among employees to do things for the nation,” says Varun Berry, managing director at Britannia. The top team and he worked long hours. Berry narrates a story of a purchase manager scouring villages for supplies of wheat so that factories could be kept running. At a factory in Gujarat, the local people were against employees getting back to work. They were brought in and shown the safety protocols that were followed. Work resumed. At several factories, meals were prepared to feed migrant workers on their way back to villages.

Britannia, which was an old-world company selling to six million outlets across the country also used this opportunity to digitise aggressively. In offices, a lot of the hierarchy had been dismantled with most managers occupying cubicles, and not cabins. But with everyone working remotely, a new way had to be found for employee outreach. In the pandemic’s initial days, the uncertainty around jobs and health issues had to be addressed. An artificial intelligence- enabled chat bot named Amber was used and that allowed people to share their concerns and receive answers. Activities were organised for people with children.

“ We could see that there was a lot of enthusiasm among employees to do things for the nation.”
Varun Berry, MD, Britannia

But it is in the post-Covid world that Britannia plans to make several changes. “Earlier, even though we were allowing work from home, there was a lack of acceptance for this,” says Rana. He sees that changing even though the company has a manufacturing mindset and so work from home won’t be applicable to approximately 75 percent of employees who work in sales, manufacturing and research and development. Rana also sees it possible for employees to work out of different cities. There would also be more activities conducted virtually like onboarding of people. Mental wellness would also become a focus area. Offering such flexibility is likely to become de rigueur among employers. “Earlier, a five-day work week was considered a luxury. Now it is the norm. Similarly I see companies offering more workplace flexibility in time to come. The hybrid work model will become a new corporate reality. This would favour both the stakeholders as talent hiring will become borderless,” says Ashwini Prakash, managing partner at Stanton Chase.

Britannia was fortunate to have been on the right side of the pandemic. Unlike airlines, hotels or restaurants, it didn’t see demand collapse and was able to grow. As the Covid pandemic draws to a close, the team at Britannia is conscious that the new normal shouldn’t bring with it silos. A company which prides itself as having a heart of a small company is looking at ways to ensure that remote working doesn’t result in employees interacting only with their immediate subordinates and bosses. “We have come out of it stronger, and the camaraderie is tighter,” says Berry.

Tweets by @forbesindia
IT House Panel quizzes ministries over code of ethics for OTT platforms
GE won in the marketplace, but not in the stock market: Former CEO Jeff Immelt