GE won in the marketplace, but not in the stock market: Former CEO Jeff Immelt

The 65-year-old on his 'controversial legacy', why he started and ended in crisis, managing a conglomerate and his new book, Hot Seat 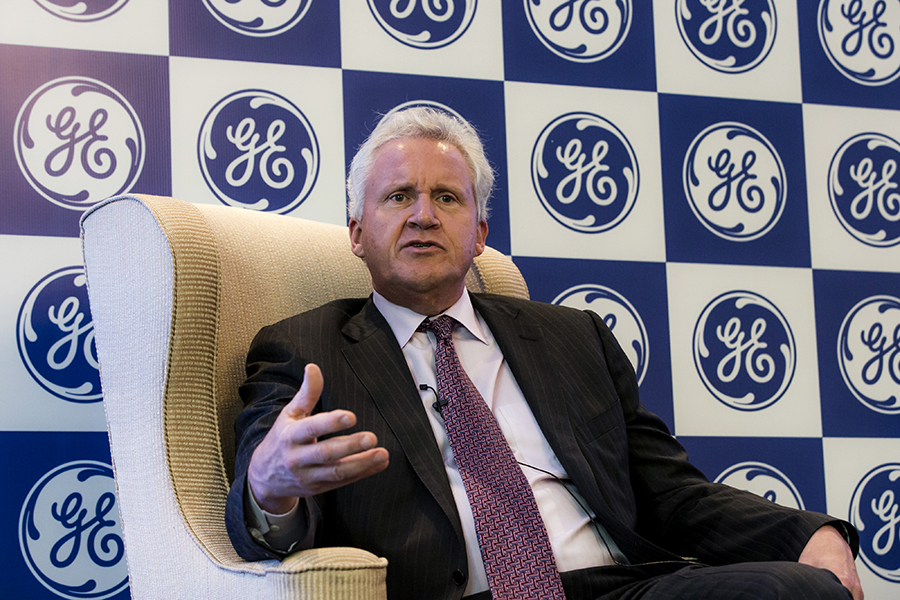 Created in 1892, GE finds its roots with Thomas Edison. However, after over 120 years, in 2018, GE was booted out from Dow Jones, a first for the company. Many have pointed fingers at the senior management. In his tell-all book, Hot Seat, Jeffery Immelt, ex-CEO of GE, talks about his time leading the conglomerate. This week, Immelt featured on the 'From the Bookshelves of Forbes India' podcast. Edited excerpts from the conversation:


Q: After a news piece questioned what happened at GE, you decided to hold a session for your students where they could ask anything. But what led you to write this book?
I've taught at Stanford for three years and I find that students aren't as politically correct. And they're more than willing to say what's on their mind. The GE story is a complicated one… I felt there was just no context around the company. So, after I had a discussion with the students, while driving home that night, I kind of decided to write the book. I contacted a co-author and felt that this would be a great way to tell a story. That's what started the process of writing the book… reflections on what the next generation of leaders wants to know and how it wants to learn.

Q. You write: “My legacy was at best controversial. GE won in the marketplace, but not in the stock market.” What have been the tough lessons during your tenure?
I started in crisis and ended in crisis. And then I had multiple terrorist events in between. What I try to do in the book is tell stories, and not lecture. I allow people to make their own observations about leadership. But the tough lessons are that leaders need to absorb fear, they need to keep their team moving forward and not worry about perfection… the ability to take some of it internally, while leading your team forward. Covid has proven that in many ways. I think leaders need to make decisions in public. You need to be willing to make clear decisions… make them in a room of 30 or 40, or 50. As you give transparency and purpose to your team, leaders need to hold two truths at the same time—that the future can still take place, while protecting their team from the bad things that can still happen. You've got to be a good communicator, you've got to connect with people. But you also have to be willing to fight for your company, for yourself, for your team, when times get tough.

Q. You have interviewed around 70 people inside and outside GE. What were the stories that came out differently from what you may have perceived then?
Yeah, I'd say a couple, like the one on people. About the globalisation story, people said you need to write about the people that didn't support the initiative and what happened. And that was extremely uncomfortable to me. But in some ways, it's a real world… in big companies, there are people that support change and there are those that fight change. And that was a story that I had to tell. Before the financial crisis, people reminded me that it was presented to me to sell our commercial real estate business. And I said, ‘no’. If I'd said ‘yes’, that would have made our situation in the financial crisis better. And that was an uncomfortable truth that I had to confront.

Q. You have written that one of the benefits of a conglomerate is that if something is going wrong, you can depend on something else to take you forward. But does it become difficult to manage so many companies together in these times?
Historically, the model was exactly what you said… that diversification created consistency that was valued by customers, employees and people. And that worked for a long time. I think in the last 20 years, and the era that we live in today, it's so volatile that actually, it's not just one business that can go wrong… it's two or three or four. So what you're constantly doing is fighting instead of thinking about how to position and how to grow different businesses in the conglomerate. It's so volatile today that it's difficult to be able to position yourself when you have so many different things to worry about. If you go back to the financial crisis, I made a decision then to sell NBC… it wasn't necessarily a good time to do it. But I came to a conclusion that with all the troubles we had inside the financial services business, I wasn't going to be able to give that business enough time to help it succeed. And therefore, rather than weigh them down, I felt it was better for them to be part of a different enterprise… they could focus just on media. I still think it's okay to have a couple of businesses, but they should be linked in some meaningful ways, and not completely disjointed. I think the way GE was, you know, in the 1990s.

Q. You started on a rocky note, but when did you think the ship had stabilised? Or did something or the other keep coming?
Something or the other always came. But it wasn't that we were necessarily unique. I just think that's the way the world was. We did a lot of repositioning after 9/11 and the company was doing well in that period. And then the financial crisis hit in 2008. That set us back… it was a difficult period because half our business was in GE Capital. And that was a big challenge. We spent most of the subsequent years getting ourselves repositioned for the future. Over my time period, we earned $270 billion of earnings and cash. It was more than the previous 110 years of the company combined. We had a lot of good years, but there was never a moment when I said, ‘Gosh, everything's stable right now. Everything's calm, and I can take it easy’. That never happened

Q. A lot of people criticise the rocky ending you had at GE. What was one of the things that you did right and what could have been done faster?
The company's financial performance was strong. We were a fantastic global company… I'd say we had the best global footprint in the world, good initiatives, good teams, good leaders, many of whom have gone on to become CEOs of companies around the world. Clearly, the share price struggled. I was never able to get as much value out of GE Capital as I wish I could have or should have. In retrospect, I ran the company to be a big company… I wish I had run it more to be a smaller company, to have more freestanding businesses, more profit and loss, and kind of delegated activity inside the company. I wasn't perfect. And there were things that if I had do all over again, I would.

Tweets by @forbesindia
India's Best Employers: Looking after employees allowed Britannia to feed the nation
Suspect in Atlanta spa attacks is charged with 8 counts of murder