At Reliance Nippon Life AMC, the show goes on

Through changing ownership, RNAMC continues to keep its young and confident culture going 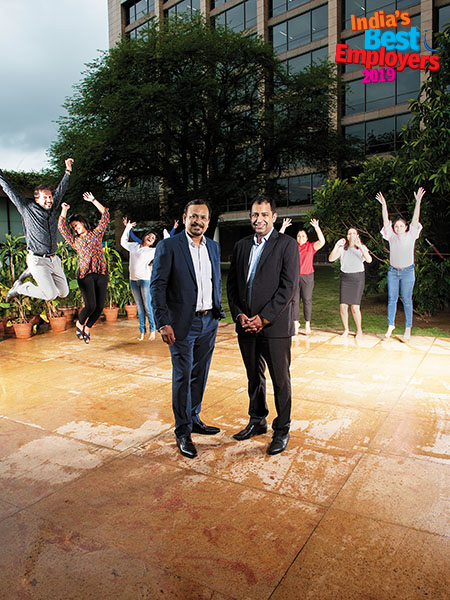 Ever heard of a CEO who is conscious that his future role in the company might be that of just another employee, and comfortable with it? If that’s the case, you know that the leadership and execution of processes of the organisation are in safe hands.

Reliance Nippon Life AMC (RNAM) stands out because of stable leadership for more than 15 years. So much so, that even as its promoter Reliance Capital exits the business and its ownership undergoes a change, its processes and systems make it an attractive employer in a world of stoic working processes of the financial services sector. CEO Sundeep Sikka has been with RNAMC since 2003, becoming one of India’s youngest CEOs in 2009, while Rajesh Derhgawen, chief HR officer (CHRO), and Anil Tripathi, chief investment officer (fixed income), have risen through the ranks.

RNAM is one of the largest asset management companies (AMC) in India, with assets under management of `4.22 trillion (including pension, offshore and managed funds) as of March 2019. It is one of the few AMCs that operates an Indo-Japanese technology fund that invests in Indian startups.
This fund-of-funds aims to raise $187 million from Japanese and Indian investors.

With millennials making up almost half its staff, the company has adopted practices that keep the young cadre in mind: A casual dress code, flexible work hours and a Family Wednesday. Its structure, too, is geared towards digital generation, with nearly 41 percent of all new transactions for the fund being made digitally, compared to 22 percent 18 months ago. “We constantly communicate with the team on WhatsApp, who often share personal stories such as buying a watch or a car, or taking a vacation,” Sikka says.

With no legacy business, Reliance Capital, part of the Anil Ambani-led Reliance Group, had adopted an entrepreneurial culture as part of human resources (HR) practices. “We call it freedom within a framework,” says Sikka. This, he adds, helps employees achieve more than what they believe they can. 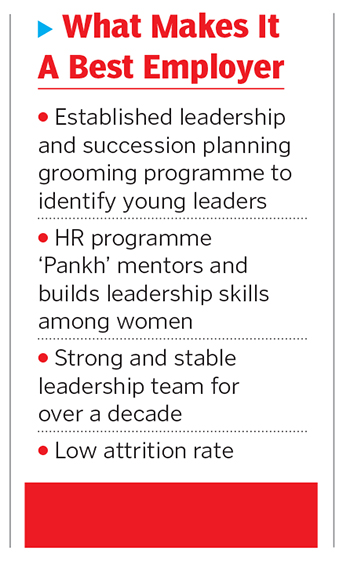 To recognise and boost leadership qualities, RNAMC has introduced two initiatives: The CEO’s Club and the Leap Club. “The CEO’s Club comprises 35 people, and is a structure within which we can recognise and groom emerging leaders,” says Sikka. In just six years, the CEO’s Club has churned out five fund managers, nine regional heads, 14 vertical and national leaders, five segment managers and 34 regional managers. The Leap Club has a similar structure aimed at junior- to mid-level employees. “Betting on people is our strength,” he adds.

“For high performers, these kind of platforms [clubs] give them early recognition which would help them grow further. But the challenge for the company is to stay invested in the programme for at least five years,” says Anjali Raghuvanshi, chief people officer at Randstad India, an HR firm.
RNAMC has an attrition rate of around 11 percent, which is “very healthy”, according to Derhgawen. “It should not be in single digits, as this would mean we are unable to attract new talent or replace inefficient staff.” RNAMC has 1,100 staff in 300 locations, including Singapore, Mauritius and Dubai.

But while all of this is good news, there are areas where RNAMC needs to improve. It is focusing on digital upskilling and adoption, by creating a mobile application to integrate all transactions and records for employees.

The gender ratio at the middle-level workforce is not too healthy, with only 16 percent of managers being women; the ratio is much higher in call centres and banks. “This is not something we are happy with. We would like to take it to at least 25 percent over the next five years,” says Derhgawen. “We have referral programmes and bonuses linked to these.” There is, however, an HR programme for women, called Pankh, which focuses on mentoring, building leadership opportunities, personal finance and parenting skills.

Sikka is not worried about the change in ownership. Reliance Capital has decided to exit the business and sell its 42.88 percent stake. Co-promoter Nippon Life Insurance of Japan will increase its stake and—through an open offer—will now hold a 75 percent stake; the balance will be held by the public. “We are backing the new management team, and will now be seen as employees only,” says Sikka, who will retain his role as CEO in the new company.

The true challenge starts now. Reliance Capital nominees to the board will step down, but Sikka says execution of operations and board strategy are two different things: “We will have to ensure that the DNA of the company—empowerment, autonomy and openness—to continuous improvement does not change.”

Tweets by @forbesindia
PHOTOS: India prepares for 73rd Independence Day
In photos: Moments that made India