New INSEAD research shows that indeed if you want something done, give it to a busy person. But how long can that formula work for?

It is an experience everyone has had: an otherwise pleasant dining experience ruined by poor service. It takes five minutes just to get the waiter’s attention to take your order, then more waiting for the food to show up. When you need a glass of water to wash down your lunch, the waiter is nowhere to be found. Fed up with all the waiting, you decide to forget about dessert to avoid yet more waiting, and ask for the bill. You leave dissatisfied, and the restaurant lost out on dessert sales.  And possibly a customer – you – to boot.

Oddly enough, this might actually be more likely to happen in a near-empty restaurant than one that is moderately packed. “It’s not very intuitive but what we’ve found is that productivity of workers in a restaurant actually depends on how much demand is there,” says Serguei Netessine, Professor of Technology and Operations Management at INSEAD. “If I serve just one table, I’m very slow because I don’t have much to do. I naturally start filling up my time with extraneous things. I start talking to co-workers, chatting with the cook, watching TV. I don’t check on my customers that often.” Hence the name of the paper “When Does the Devil Make Work? An Empirical Study of the Impact of Workload on Worker Productivity”, to be published soon. 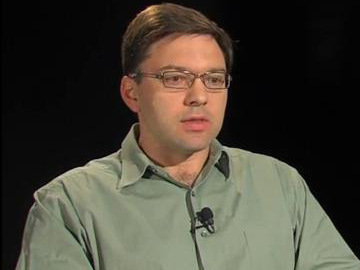 Serguei Netessine is Professor of Technology and Operations Management at INSEAD
Jobs on the (assembly) line
At first glance, the paper’s title evokes images of workers at a factory assembly line, sorting out items on the conveyor belt to increase said productivity by boosting the number of finished articles. So why was the restaurant business and specifically, waiters, singled out for research instead of the more conventional assembly line?

“The main reason is that assembly lines nowadays are not that interesting,” says Netessine. “If you take a reasonably advanced assembly line such as an automotive manufacturer, a car comes out every 60 seconds or so and typically the workers are organised in such a way that you’re not going to find a lot of huge differences in productivity between different workers.”

“On the other hand, in the restaurant, things are completely different. Employees differ drastically in terms of productivity and this is something that really shocked us when we first looked at the data. We actually saw that some workers on average, day after day, week after week, sell more than others. So we took into consideration factors that affect demand, such as day of the week, time of the day etc, and, still, you get one waiter getting a much bigger bill and more tips on average. So there are dramatic differences in productivity and this is a greatly understudied area despite the fact that about ten percent of the U.S. workforce works in restaurants.”

Overstaffed and underworked?
Netessine’s research is based on an 11-month study of family restaurant chain Alpha (named disguised to preserve identity) in Massachusetts, USA. From August 2010 to June 2011, the study looked at the bill amount, party size, tips given, and length of time diners stayed in the restaurant. After analysing data gathered from nearly 200,000 point-of-sales transactions in five restaurants, Netessine found that the restaurants were overstaffed. “On average, the restaurant chain in our study has about 4.3 diners per server. Our findings indicate that an optimal staffing of 5.76 diners per server would simultaneously increase sales and reduce labour costs.”

What that means is this: If the number of diners remains constant, fewer waiters would lead to increased sales, while at the same time cutting down on labour costs. Conversely, the same outcome can be achieved by not scheduling extra waiters for a busy weekend when the restaurant will be packed. For Alpha, the reduced staffing would help save about 20 percent of the current labour costs. It is substantial, but it pales in comparison to the gain in increased sales, amounting to about a 40 percent jump.

“We find that the optimal staffing level may result in a 12 percent sales lift in terms of up-selling,” Netessine explains, referring to the practice of waiters pushing a more expensive item or one with a higher profit margin. “Another 29 percent can be ascribed to cross-selling,” where servers recommend food items to go with those that the diners have ordered, for example, a glass of red wine to go with steak.

Turning tables
On a related front, Netessine’s research also shows that, as workload increases, the amount of time a diner spends at the restaurant first increases and then decreases. “When a server serves more diners, his attention is divided into smaller portions (and) he may not be able to address diners’ needs promptly, thus extending meal duration. However, when workload becomes too high, servers may want to reduce the costs of customers waiting by accelerating service. Consequently, they may rush diners by presenting the bill without being asked.”

Since turning over a table is crucial to restaurants’ bottom lines, one might say it is a good idea to overload waiters to the point that they start presenting the bill before being asked.  Other than the obvious result of killing repeat business, such waiters would also miss out on a revenue stream: dessert. “Diners are more likely to purchase a dessert or after-meal drinks if a server makes such a suggestion when clearing plates from the main course,” Netessine advises.
A numbers game

At Alpha restaurants, when the number of diners per server goes from 4.3 to the optimal 5.76, the gain in sales is partially offset by the reduced time a diner spends in the restaurant i.e. the less time spent in the restaurant, the less food consumed. “We calculate that increasing hourly workload from 4.3 to 5.76 may reduce average meal duration by 2.5 percent, which may incur a marginal loss of 6 percent of total sales. Note that the marginal loss of sales via shortened meal duration is about one seventh of the marginal gain in sales via direct sales effort, which emphasises the importance of effective sales training.”

Humans are not machines
So cutting staff is actually a good tactic to not only reduce costs, but also raise profits. Great news for restaurant owners, but Netessine warns, “Of course at some point, if there are too many people allotted to me I get completely busy and I forget to suggest an appetiser, I forget to suggest more expensive wine, I simply don’t have time for this.”

That basic fact underlines a main feature of being a waiter, that it is a labour-intensive and “personal touch” job. One might think that the findings of the research could be extrapolated or at least be used as a basis of reference to improve other similar jobs. “Yes, I definitely think so, and coincidentally there have been several studies which look at healthcare and they show similar effects in how doctors operate, how many errors they make depending on the load, and how nurses operate. In all of those settings, it has been shown that there is a tipping point. People generally respond positively to increasing workload, they speed up, they start being more accurate, working better, but then there is a tipping point after which everything deteriorates so you have to be aware of that and the reason is, you know, humans are not machines.”

Serguei Netessine is Professor of Technology and Operations Management at INSEAD and Head of The Sberbank CSP Programme. He is also The Timken Chaired Professor of Global Technology and Innovation and Research Director of the INSEAD-Wharton Alliance.