Investors get the best returns during economic recessions, as there is less competition for deals and asset valuations tend to be significantly lower

This year and next could well be “vintage years” for private equity returns, even though the private equity market has shrunk dramatically from its peak in 2006 and 2007, says Peter Cornelius, Chief Economist of AlpInvest Partners, a private equity shop which manages assets of US$40 billion.

“I think there’s absolutely no doubt that the total pie of global private equity has shrunk very dramatically by about 60 to 70 per cent from the peak,” says Cornelius, a keynote speaker at the seventh annual INSEAD Private Equity Conference held recently at the school’s Europe campus in Fontainebleau. 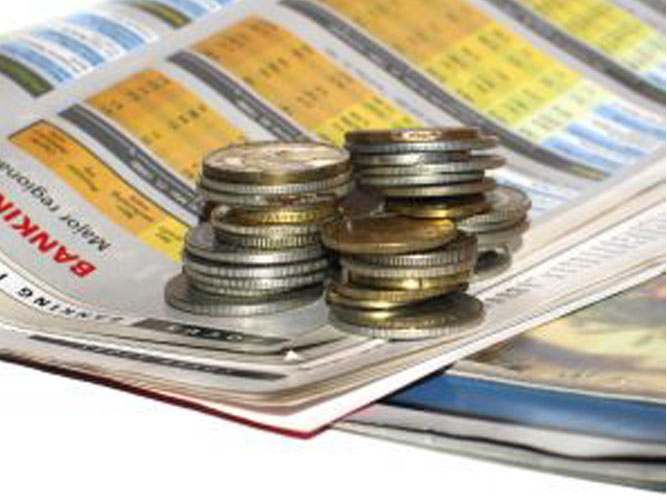 There are encouraging signs in the financial markets, with some degree of recovery in the stock market
For instance, the leveraged buyout market is “essentially shut” because of the global credit crunch, which has made it “virtually impossible” for buyout shops to secure loans from banks or to secure funds from the debt markets.
However, for private equity investors who have the financial muscle to make new deals, historical data suggest that 2009 and 2010 could be “pretty good vintage years” because there is an inverse correlation between the state of the global economy and the returns from private equity investments, says Cornelius. Essentially, investors get the best returns during economic recessions, as there is less competition for deals and asset valuations tend to be significantly lower.
For now, the private equity industry is “stuck at the moment”, says Nicholas Bloy, Managing Partner of Navis Capital Partners, a private equity firm which manages assets of around US$2 billion. Bloy, who was also a keynote speaker at the conference, says that many private equity investors are “deeply inhibited” from deploying more capital because the strategies that had served them well in the bull-market years are not viable in the current economic environment.
And with the global retrenchments in leverage finance departments in major banks, “there isn’t really the appetite (for banks) to fund these sorts of investments”, notes Bloy. In addition, the current global breakdown of the initial public offering capital markets means minority private equity investors - such as pre-IPO investors, growth capital investors and mezzanine investors - would find it difficult to exit from their investments.
Indeed, following the Asian Financial Crisis in the late ‘90s, the IPO markets had shut down for two to three years, trapping minority investors in their positions without any real prospects of being able to exit.
Although the private equity industry is wary of initiating new investments, it has a very large, untapped capital pool estimated at around US$1 trillion. But it is questionable whether the funds are “drawable” or “investible”, notes Bloy.
“There’s a very large overhang of undrawn capital commitments - dry powder if you like.”
“But there is a question mark as to how drawable much of that capital is because the LPs (limited partners) that have made those commitments have got themselves into a sort of cashflow dislocation, because they’ve overestimated the amount of cash inflows they would receive from exits of previous commitments that they have made, and so they don’t have the cashflow to fund much of that overhang going forward.”
“But at the same time, there’s a question mark about how investible the money is. It may, or may not, be drawable but the question is, ‘is it investible?’”
To be sure, there are encouraging signs in the financial markets, with some degree of recovery in the stock market and some activity in the debt capital markets again, Cornelius points out. But private equity investors may sit on the sidelines for some time to come until there are definite signs of sustained economic recovery, he says.
“Analysts have become more optimistic because of better economic data, however I think we need to be realistic,” he says.
“It will take several quarters really before we see positive economic growth, before yield spreads decline to levels where it makes sense to finance buyout deals, and also we need to be realistic about the situation in the IPO community in terms of the investments they can make in the different asset classes.”
Asked how general partners (GPs) of private equity firms can justify their management fees (of around two per cent of investors’ investment commitments to the fund) for essentially making no new investments and waiting out the global economic crisis, given the industry has a capital overhang of around US$1 trillion, Cornelius says it’s very important” for GPs to spend a “very substantial” amount of their time with the portfolio companies in view of rising defaults.
He adds that GPs remain active in scouring for new deals but many potential sellers of assets “remain unrealistic” in their asking prices, which has deterred many GPs from making new investments.
When pressed further, Cornelius concedes investors or limited partners dislike fees that are unrelated to performance. But he’s hopeful investors will get “substantial power” to secure better deals from the GPs.
As for Bloy, he thinks there’ll be a “contraction” in the fees that private equity firms charge their investors following the current global economic crisis. He acknowledges that investors are “frustrated” by the reduced returns after the GPs and intermediaries (such as funds of funds) have taken their share of the returns.
“The boot is on the foot of the investors, so that they can start to dictate terms a little more aggressively,” says Bloy.
“The reality is that the contract at the heart of private equity is between an investor and the management company. And it is about a long-term risk-sharing arrangement, whereby if we make a good investment and we come to exit in five years’ time, we’ll make a good profit and we’ll take a share of it, and that’s really the core of the business. That’s how the businesses align, and the GP and the LP is aligned over medium- to long-term value creation.”
“What distorts that alignment and relationship is when management fees lead to large, even excessive profits at the management company, and so professionals in the management company may be very happy living on the dividends that they get and their high salaries and bonuses each year from management fees. And if that incentivises them more than the medium to long term, it seems like a misalignment to me, to d with a place where business can’t be done the right way, can’t be done transparently. And that’s ultimately what keeps us from investing or not investing,” he says.