The rising importance of soft skills in driving productivity

The economy of the future requires a workforce with strong soft skills. Investing in these crucial skills can result in increased productivity

By Maria Guadalupe and Bryan Ng 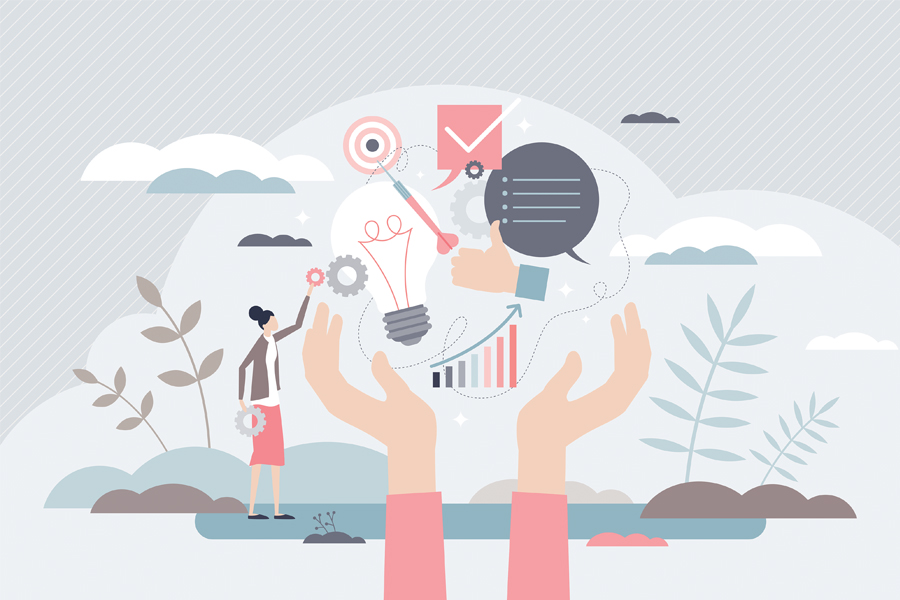 Investing in soft skills will result in higher individual, firm and aggregate productivity, and enable the expansion of sectors that are projected to see total factor productivity growth in years to come. Image: Shutterstock

Soft skills – the behavioural and social traits that enable individuals to work harmoniously with one another – are not just nice to have, they’re essential for the growth of a nation.

In France, 60 percent of employers consider soft skills, such as the ability to organise, adapt and work in teams, to be more important than technical competencies. However, France is far behind other developed economies when it comes to its stock of soft skills.

In our report for the Conseil d’Analyse Economique, an independent advisory group for the French Prime Minister, we estimated how much France could benefit by closing its soft skill gap. Our findings suggest that investing in soft skills will result in higher individual, firm and aggregate productivity, and enable the expansion of sectors that are projected to see total factor productivity growth in years to come.

To estimate France’s soft skills deficit, we ranked 18 developed countries using data from the OECD Programme for the International Assessment of Adult Competencies (PIAAC). The results indicated that France has the third-lowest average level of soft skills, ranking just above Germany and Japan. The United States, Czech Republic and Denmark took the top three spots.

Furthermore, this skill gap was as prevalent among highly educated individuals as those who have not attended university, implying that France’s soft skills deficit is not limited to certain education groups.

France’s lack of soft skills is not just an issue among its adult population. Another OECD survey found that French school students are less persevering, less efficient in problem solving and exhibit lower levels of internal locus of control relative to their American, German and Northern European counterparts. Prior research has shown that the French education system fails to develop collectiveness and collaboration amongst students.

In the last 40 years, occupations requiring strong social skills – the traits that enable individuals to interact appropriately in a given social context – have become increasingly important. We measured the evolution of social skills used in the French and American labour force from 1982 to 2020 using employment stock data. In both countries, we observed a rise in occupations that require social skills and a slowdown in the growth of occupations with lower social skill requirement.

While a lack of high-quality data makes it difficult to establish a causal link between soft skills endowment and productivity, we found evidence suggesting that productivity grew in industries that utilised more soft and analytical skills, and stagnated or declined at the aggregate level. In other words, industries that employ more HSHM workers exhibit higher productivity trends over time. 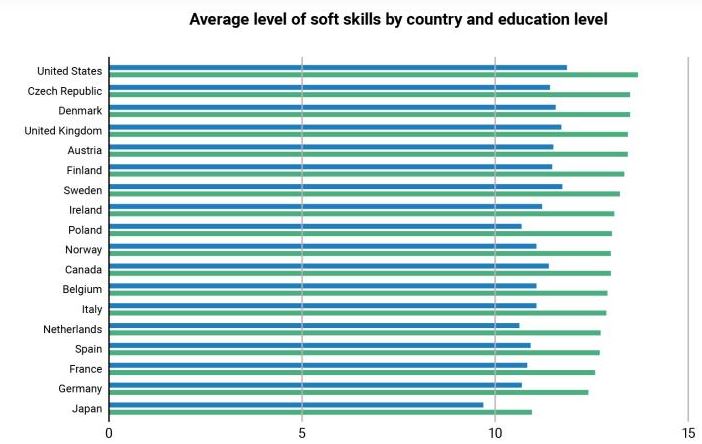 When looking at differences by education level, we found that returns to soft skills were positive for individuals with and without tertiary education, and slightly higher for tertiary-educated individuals.

Also read: 5 Top skills employers are looking for in new business graduates and others

How to close the gap

A number of targeted early childhood and school interventions have been proven to enhance soft skills and outcomes later in life. For example, recent research found a causal link between childhood soft skills training and long-term outcomes including higher trust and self-control, better school performance, lower criminality, higher employment, and lower dependence on social transfers as adults. We propose that a greater focus on soft skills development in French schools is necessary to provide children with important tools for the future, as they are currently at a disadvantage relative to their OECD peers. This will, however, require deep changes in the French education system.

In addition, we suggest that the French government extends its assessment of soft skills of school age children to all schools. This would allow stakeholders to track the evolution of these crucial skills, facilitate the evaluation of policies and reforms at large scale and signal the France’s commitment to prioritise the soft skills agenda. Finally, it could help position France as a pioneer in taking soft skills seriously at large scale.

But soft skills are malleable and can be developed in adulthood too. On-the-job training programmes can play a part in increasing the level of soft skills. For example, a randomised controlled trial in India was conducted to evaluate the returns to social skills training provided to employees of a large garment export firm. The training incorporated topics such as time management, effective communication, problem solving and financial literacy. Consequently, there was a 10 percent increase in garment production, a 12 percent increase in efficiency, and workers were able to perform more complex tasks.

There are clear avenues to increase the soft skill capabilities of children and adults. Investing in these skills will have positive impacts in the long run and yield high returns on investment. Ultimately, an investment in soft skills will pay for itself.

Tweets by @forbesindia
Nidarshana Gowani- making her mark in a male-dominated space
EVs are all the rage. Will the charging infrastructure catch up in 2023?