Careers and chance: How much control do you really have? 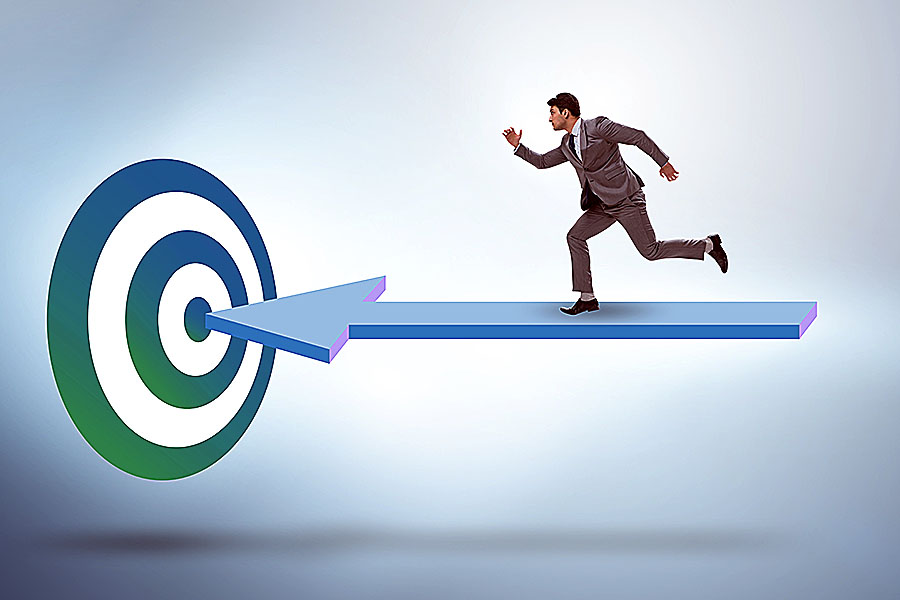 Careers today rely on a number of key local resources and/or events for people to progress and develop their identities and confidence. Image: Shutterstock

Career success isn’t just about how hard you work or how smart you are. Professional trajectories are influenced by many factors: from people’s lifelong skills and experiences to structural elements such as demographic backgrounds and macroeconomic conditions (e.g. the life-cycle phase of an industry or company).

Prior research has examined the effects of these broad and relatively stable factors on career progression. Research has even been done on “career shocks”, that is major upheavals in a company or industry such as unexpected financial crises and tragic accidents. However, careers today rely on a number of key local resources and/or events for people to progress and develop their identities and confidence. Do these proximate factors have the power to substantially alter career paths – for better or worse?

Roxana Barbulescu, Claudia Jonczyk Sédès, Ben Bensaou and I set out to investigate how proximate chance events influence people’s outlook regarding their professions. Careers are shaped not only by major transitions, but also incrementally over the course of regular work. Therefore, knowing when and how proximate chance events matter can advance our understanding of career sensemaking and the extent to which luck plays a role in it.

A focus on professional services firms

Given the emphasis in previous research on major career shocks, we know far less about the effects of smaller, more proximate chance events on career development. These are gradual, incremental developments over time, rather than sudden breaks in the flow of circumstances. They tend to be more localised, comparatively minor and less obviously disruptive or extraordinary.

For our study, we zoned in on workers in professional services firms (PSFs). Here, careers follow an orderly “up-or-out” model of progression, where those who don’t continue ascending the ranks towards partnership are expected to leave the organisation altogether.

If the role of everyday unexpected events in career construction has been downplayed in general, it is more so for PSFs. Predictable, agentic careers are the hallmark of this industry, where a meritocratic view of progression contradicts the role of happenstance. Here, the predominant career logic links success to individual effort – self-directed, continuous steps taken by professionals to “make it” in their chosen field. This makes PSFs an especially useful context to examine the impact of proximate chance events.

We carried out in-depth interviews with 68 mid-career professionals from three large, international partnership firms spanning consulting, law and accounting. All participants had successfully passed the first promotion barrier in their respective organisations – effectively weeding out those who weren’t a good fit or were simply not up to the task – and were at the midpoint towards partnership. This is important to remember: The people we studied were recently promoted and passed a major hurdle in their early careers – thus earning the stamp of approval from their companies – and were moving into bigger and more complex roles.

The interviews, conducted within two years of their promotion, were designed to uncover how chance occurrences unfolded into their career projections and decisions, as well as how they responded to unexpected events. Questions touched on topics such as their relationships with partners and experiences with clients, the changes in their working life following the promotion and how they felt their career was progressing. We wanted to know how they saw their future based on the accumulation of recent experiences and were surprised by what we found.

Also read: The power of networking in the new economy

What’s chance got to do with it?

Across our respondents, we found a distinct awareness of the role of chance events – particularly those that were proximate or incremental in nature – and a parallel sensemaking process that affected how they approached their careers. This was commonly expressed in the recognition that developments beyond their control could occur at any moment and with repercussions for their career prospects.

The most consequential chance events were those that affected participants’ access to partners and clients. This is often seen as the most critical element for career success, as forming connections with good partners provides strong mentorship and support within the firm and affects project assignments. However, creating these bonds and developing them in the right direction could hinge on happenstance, rather than purposeful actions alone.

Participants also attributed project structures and allocation – be it staffing, project size or the pecking order at the client – as playing a major role in their career paths. These are generally determined by partners and clients and are largely beyond their control. Fortuitous events related to wider growth opportunities affecting the firm overall and their specific department were also highlighted to a lesser degree.

Based on the results, we devised four sensemaking categories that encapsulated how these professionals thought about their career paths: “Partner Track”, “Client Track”, “Wait & See” and “Running Out the Clock”. Individuals in the different groups reported a range of chance events they encountered and their responses to them, leading to substantial variation in how they viewed their careers.

Those in the Partner Track category reported experiencing mostly positive chance events, which kept them firmly on the path towards traditional partner-oriented careers. Such favourable circumstances were coupled with a strong sense of agency in shaping their success within the organisation.

Respondents in the Client Track cluster were similarly clear in their goals but had set their sights on departing the firm for a client-based role. They experienced negative chance events when it came to forging relationships with partners and strong connections with clients. This led them to pivot away from their initial career ambitions and instead, construct an alternate path away from the partner-track model.

Two separate sets of interviewees were more ambiguously situated. Those in the Wait & See group reported a mix of positive and negative chance events. Participants described themselves as being at a crossroads and seemed to be in a holding pattern, although their confidence in the traditional partner-track path had been shaken. Meanwhile, those in the Running Out the Clock group experienced multiple negative chance events and didn’t see a future for themselves with their current employer or on the client side.

Also read: 7 tips to thrive in a hybrid work environment

A little luck can go a long way

To be clear, we are not suggesting that people don’t “make their own luck”, nor that ability or skill differences among the participants didn’t matter (although they were all recently promoted). Nonetheless, our results suggest that an accumulation of proximate chance events can play a substantial role in shaping the possibilities that professionals envision for their careers and the actions they take in response.

While one would think that the majority of participants would identify strongly with staying in their firm and aspiring to take on a leadership role, more than half did not see themselves as partner-track material and were either hedging their bets or ready to leave the organisation altogether.

Even in seemingly predictable sectors, career profiles are dynamic over time. Being attuned to fortuitous turns of events informs how people take steps in advancing their careers and identities. This contributes to a better understanding of the interdependence between context and agency: it’s not all skill, and it’s not all luck. But because humans have a tendency or bias to attribute outcomes to people instead of circumstances, we may ignore the role of chance events in pushing (good) people away from their once-chosen careers. The costs to firms may not be trivial.

Also read: 5 Top skills employers are looking for in new

Recommendations for firms and employees

It is important to emphasise that as humans, we tend to attribute triumphs and defeats purely to individual prowess without taking situational factors into account. In a professional setting, this can manifest as firms not discerning the impact of luck on careers, resulting in an inaccurate picture of which individuals are achieving success in their roles.

What could this mean in practice? Star employees with a string of fortuitous chance events – such as getting connected with supportive partners or being attached to an industry or project that was just taking off – may not be as superior as they appear. They may thus be thrust into positions of power and authority for which they have not necessarily been properly assessed. The reverse is true. Underperforming employees could have had experienced a few rounds of bad luck and made to look “ho-hum” or worse, denting their reputations and prospects of future allocation of resources.

The positive feedback effect then kicks in: Early standouts would receive more resources, while those who seem to be underperforming do not. The latter group may gradually move away from the organisation, representing a potential loss of human resources.

We suggest that this could be mitigated if leaders and HR professionals pay more attention to the effects of chance on career progression. Efforts could be made to assess “resource allocation fairness” by measuring the “quality level of key resources or inputs” that budding professionals have access to. This assessment could take the form of a simple, reliable scorecard tracked over appropriate time periods.

Raising such awareness won’t be easy – there will always be an uneasy tug of war between “this reflects the abilities of the person” versus “this reflects the circumstances”. But given our bias for the former explanation, being attuned to the impact of fortuitous events could help guarantee a fair shake, so that any concerns about not receiving sufficient resources or not having access to good partners and projects can be flagged early on. It can also remove “excuses” and contribute to the transparency and fairness of a company.

In summary, we urge managers to recognise how chance occurrences could affect the professional development of their talent, so as to ensure that these often-overlooked events do not derail the careers of otherwise good people.