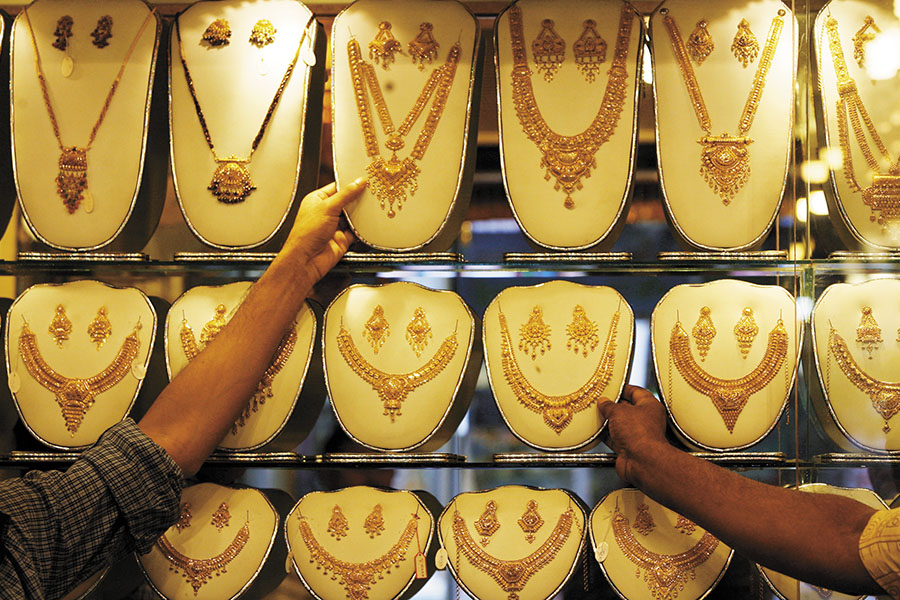 Gold is in the news, again. 2016 was a year of uncertainties, which works well for gold prices as investors rush in. Unexpected outcomes in the Brexit poll and the US presidential elections were topped by the most improbable geopolitical alliance [US and Russia] that led to a spike in the price of crude oil; these three essentially formed the basis of the uncertainty. However, this still does not take into account the likely significant changes in US policies under the new president [Donald Trump], adding to the ambiguity of the global situation. With most parts of the world still struggling on the economic front, it is a difficult situation for most assets except gold. Comparatively, there is less uncertainty in India, but the dynamics that drive gold prices are fundamentally global.

The major factors that affect it—strength of the US dollar and Federal Reserve System (Fed) interest rates, EU’s and Japan’s monetary policies, inflation and geopolitics—are all moving parts that combine and determine the price of gold in international markets. For India, it is this dollar-based price of gold, plus the significant impact of the rupee-dollar exchange rate, from which gold derives its rupee price. Taxes such as import duties only add to this. This is because we import 99.9 percent of the gold consumed; local mine production is miniscule in comparison. Since gold is the largest import item value-wise after crude oil, international gold prices affect our current account deficit, which is why gold import is a contentious issue.

Overall, the global factors seem to be playing out in favour of a rise in gold prices in 2017. A weak US dollar leads to higher gold prices. The dollar has risen in 2016, but it seems capped now, partly due to the Trump effect, and may no longer be the safe haven it once was, causing it to trend lower from now. US Fed interest rates have been moved up once, but any more increases will be subject to analysis of economic data, though the Fed keeps making suitable noises indicating an imminent rise.

In the UK, the Brexit outcome has added to doubts about the future of the EU itself. Struggling to kick-start their economies, Japan and the EU have been following a loose monetary policy, which has helped keep a steady demand for gold. Inflation in the US is crawling up, and eventually its fear will also drive gold demand. Rising crude oil prices, engineered by a dodgy alliance between ideologically opposed countries, will accentuate global inflation further, adding to the demand for gold.

Finally, the geopolitical situation worldwide is iffy, with serious potential issues in the South China Sea, the Middle East, Africa, and now in the US. There is also a clear trend towards nationalist politics globally, which could lead to a more inward-looking foreign policy in several countries. All this makes it seem that one must invest keeping a high level of uncertainty in mind, and this is the classic environment that favours investment in gold.

The world’s largest gold consumers, India and China, continue on the path of high demand. India has always had a special affinity for gold, a combination of cultural symbolism and social compulsions. The imposition of 10 percent duty on gold appears to have led to diversion of imports from formal channels to smuggling, but total annual demand remains firm. Investment history too is in favour: An investment made in Indian rupees in gold during almost any block of five years over the last 35 years has yielded positive returns. Also, India and China together account for about 50 percent of physical gold demand.

Demonetisation will only lead to a short-term fall in demand. Continued GDP growth and increasing affluence in India as well as China have accentuated the durability of gold demand. The government is making efforts to curb it, but so far there is no effective solution visible. There have been rumours about the likely steps being taken by the government to unearth unaccounted gold too, but this is a complex issue with ancestral gold accumulated by families over decades, and no real action has been seen so far. As people, our love for gold has proven to be stronger than the government’s attempts to rein in consumption. So demand in India remains strong. Consistent physical demand combined with global factors will keep dollar prices of gold high. But in the Indian context, it is the continuous depreciation of the rupee against the dollar that makes it such a sound investment.

The reason to invest in gold is not necessarily only in the quest for returns. In fact, it will probably give lower returns compared to other assets over longer periods of time. But it is a safe haven investment that is also an alternative currency anywhere in the world. It is instantly saleable and the price is transparently accessible everywhere. Besides being a hedge against inflation, it also reduces portfolio volatility because it has a negative correlation with equity, thus becoming a balancing asset. And because it is not owned by any country or government, unlike paper currency, its value cannot be debased at will. In an extreme example, markets can break down and borrowers can fail to pay, but gold is the ultimate safe investment.

So which are the best ways to invest in gold? The most practical way is via ETFs traded on the stock exchanges that allow the investor to hold gold units in demat form; they track the price of gold while being traded in a manner similar to equity shares. Thus there is no risk of theft and there are no locker charges to pay. The units will also show up regularly in the demat account statement. The other popular way to invest is by investing in gold mutual funds. This works best for investors who do not have demat accounts. Many investors do not like to invest in electronic form and prefer solid gold for the money they pay. Most of them buy physical gold bars through the commodity exchanges, which typically sell imported, hallmarked gold bars. Investing through jewellery is not a good idea because the ‘making charges’ will render the first investment year unproductive even if prices go up.

The only factors seriously ranged against higher gold prices are a possibly strong US economy leading to a strong dollar and low physical demand from India and China. Both seem unlikely for any sustained period. A depreciating rupee will most likely take care of most improbables. That is why gold was, is, and will always be a reasonable investment avenue that should be a part of everybody’s asset allocation and investment portfolio in 2017.

Tweets by @forbesindia
Here's what makes Kotak Realty Fund one of India's top five realty funds
Execs: Not getting enough sleep is nothing to brag about