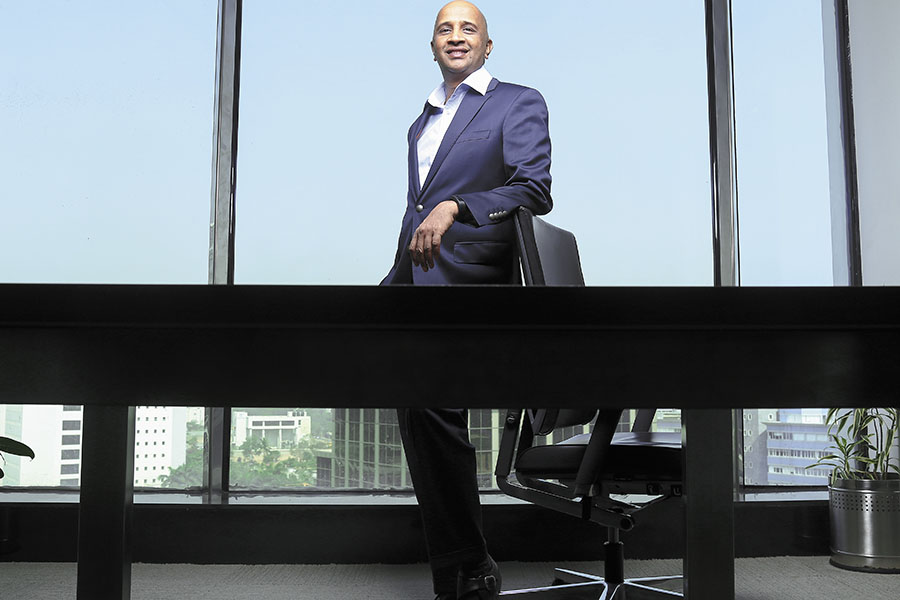 By 2005, Srini Sriniwasan had spent 15 years in Kotak Mahindra as an investment banker and, by his own admission, was getting a little bored. Luckily for him, a career change was just around the corner—one that would result in him entering the real estate industry. It was the time the government started opening up the sector to foreign investors and, overnight, Kotak decided to set up the Kotak Realty Fund to tap into the opportunity. “It was a sector crying out to get organised and when the opportunity came, I jumped into it,” says Sriniwasan. “The first thing I did was to hire people who knew something about real estate, i.e. people who knew more than me.”

In the twelve years that Sriniwasan, managing director, Kotak Mahindra Investment Advisors, has run the fund, it has managed to deliver returns that place it among the top five funds in India. This is significant as the vast majority of real estate funds launched in the country have gone belly up.

Along the way, Sriniwasan, 52, has also had a ringside view of how the industry has developed—how various segments like residential, commercial, IT parks, hotels and warehouses have performed. And while he agrees that the era of uniformly high returns in the sector is over, he argues that if you pick your investments well, it is still possible to make handsome returns.

We’re at Sriniwasan’s office at Mumbai’s Bandra Kurla Complex and he wistfully recounts his first few months at the fund. He was thrust into the business and the first thing he did was to get on the ground. His first investment, in 2005, was an 800,000 square feet office park bought from K Raheja Constructions in the Mumbai suburb of Goregaon. This was a time when the outsourcing industry was expanding rapidly and demand for office space was robust. But, unlike other funds that bought completed properties, Sriniwasan took a risk and decided to buy it when it was just a plot of land and a bundle of approvals. He ploughed in Rs 90 crore (plus Rs 120 crore raised from banks) out of the Rs 457 crore that Kotak Realty Fund’s first fund had raised. Over the next five years, the fund constructed the building and leased it.

For any fund manager, the proof of the pudding comes when a sale is made. In 2011, the real estate fund exited the investment for Rs 525 crore with 4.4x returns.

Soon after Sriniwasan made the office park investment, he realised he had to change course. Investing in offices would no longer work. “This was before the 2008 financial crisis and a lot of money was coming into India. Much of it went to office parks and there was to be a glut of supply,” says Sriniwasan. “After doing our first office deal, we did not do another one for seven years.”

It was during this period that Sriniwasan admits that he made an investing mistake, which, till today, is an “albatross around his neck”. In that period, money was flooding into large townships that consisted of apartments, parks, schools, shopping centres etc. These projects had long gestation periods and returns were hard to come by if they were not executed within a specified time frame. The fund made two township investments in Tamil Nadu and the returns were below expectations. This dragged down the returns of the first fund to an IRR (internal rate of return) of 14 percent.

The period post the financial crisis tested Sriniwasan as a fund manager. He’d closed his second and third funds, together totalling $560 million, and had no investible opportunities. “That was when my background as an investment banker came handy,” says Sriniwasan. He understood securities laws and the Foreign Exchange Management Act. By now, the government had allowed foreign money to buy up to $2 billion in debentures. This allowed him to do the first non-convertible debenture (NCD) transaction in Indian realty—he lent the money he’d raised overseas to real estate developers at a time no one was sure it could be done.

According to Sriniwasan, a PG Wodehouse buff, the spirit of the law was that a developer could not take the foreign exchange risk. So, the fund bringing in foreign money, converting it into rupees, lending it and accepting the returns in rupees should be above board. He completed a deal, with a guaranteed 22 percent return, with Adarsh Developers in Bengaluru without facing any regulatory scrutiny.

In doing debt deals, Sriniwasan came up with an inviolable principle. Given that contracts are hard to enforce through courts, he ensured that, in a debt deal, he was the only person lending so that if something went wrong he had the first right on assets.

However, this opportunity has also ended. “There are a lot of copycats in the market now and as rates have come down, so have the potential returns,” says Sriniwasan.

As Sriniwasan enters his twelfth year of managing Kotak’s real estate business, he’s among the few who have seen the market since it was opened up to foreign capital. He’s also traversed the entire route from a shortage of office space to oversupply.

For now, though, Sriniwasan says the market has come full circle and the office space is showing signs of revival. It usually takes five to seven years to complete an office building; the last set of developments that started after the financial crisis are now complete and rented out.

Developers have once again started putting money into new office parks and need capital. Sriniwasan, too, is scouting for good deals.

The residential market is a different ballgame. It is still plagued with excess supply and Sriniwasan believes it will take a few more years for it to strike a balance. He is hopeful that the recent reduction in interest rates will bring borrowers back. And this is likely to be a more stable demand as years of slow growth in real estate prices have pushed speculators out of the market.

His advice for end users? Go and buy now. “You’ll never be able to time the bottom of the market,” he cautions.