Why are US companies hoarding so much cash?

More than anything else, it comes down to taxes 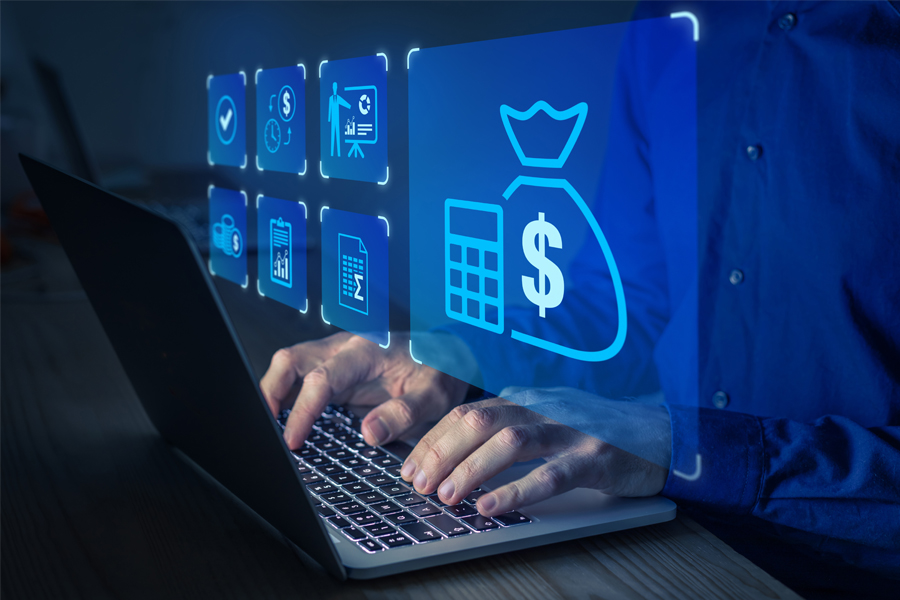 A common explanation for the increase in cash-holding has been the increasing importance of rainy-day funds. Image: Shutterstock

In recent years, the rise in cash held by US companies has been dramatic, skyrocketing from $1.6 trillion in 2000 to about $5.8 trillion today. This trend has concerned investors, who would prefer to see the money either put to productive use or returned to them in the form of dividends.

A common explanation for the increase in cash-holding has been the increasing importance of rainy-day funds, particularly for firms whose valuations are subjective, and who might struggle to access capital quickly when the need—or opportunity—arises. But there is also another possibility: a desire to minimize taxes.

So in a new study, researchers set out to determine how much of the trend toward cash-hoarding could be explained by these two competing theories. Their analysis reveals that, for the bulk of the increase, it all comes down to taxes.

Mitchell Petersen, a professor of finance at Kellogg, and his coauthors found that foreign cash-holdings were increasing more quickly than domestic ones—particularly in nations with the lowest tax rates. They also determined that a particular sector of U.S. corporations is driving the cash-hoarding: multinationals whose value is generated primarily by their intellectual property, which tends to be far easier than physical goods to move around the globe for tax-related reasons. These companies, whose likes include Alphabet, Apple, and Microsoft, produced 92 percent of the rise in cash that the research team was able to document.

Many economists have long suspected that tax avoidance plays some role in cash-hoarding, Petersen explains. But the extent to which the increase in this behavior can be explained by tax strategy was unexpected.

“I was a little bit surprised that such a large fraction of the run-up was due to the taxes,” says Petersen.

The lengths to which firms go to minimize taxes suggests that a recent agreement among 196 nations—representing 90 percent of the global economy—to create a corporate global minimum tax rate of 15 percent could have a deep and wide-ranging impact on how multinationals structure their operations.Also read: Untangling the risk management paradox

The Importance of Cash on Hand

There are plenty of reasons why corporations might prefer to keep significant cash reserves on hand that are unrelated to taxes. For one, cash is incredibly useful when it comes to weathering uncertainty—something the global economy has experienced a lot of recently.

Cash reserves also make it easier for firms to fund new initiatives outright or, at a minimum, secure better terms from lenders or investors. This is particularly important for IP-driven companies whose values tend to be more subjective, which can complicate the loan process. In addition, these companies often have to spend heavily on R&D and would prefer to act quickly—and discreetly—on new opportunities.

“Say you were sitting at Google and you came up with a great idea about search. And because you didn’t have the money to act at that time, saying ‘let’s wait three years, raise the money, and see if search is a thing.’” Petersen posits. “You’d be dead in six months.”

Given these benefits, perhaps it isn’t surprising that firms—IP-driven ones in particular—are preferring to keep increasing amounts of cash on hand. But Petersen wondered just how much of the rise in cash-holding could be explained by precautionary reasons, and how much could be attributed to a desire to shift and keep profits in low-taxed regions.
Also read: How Joe Manchin left a global tax deal in limbo

In the past, this hasn’t been possible using publicly available data. But the researchers were able to tap into nonpublic data from the Bureau of Economic Analysis, which surveyed U.S. multinationals on their foreign affiliates, including the amount of cash held in each subsidiary. This allowed them to estimate a firm’s domestic and foreign cash holdings.
The researchers determined that, between 1998 and 2008, while both domestic and foreign cash holdings have increased, the rise in foreign cash has been far greater. Domestic cash held by multinational corporations has increased by 90 percent—but foreign cash has increased by 440 percent.

Moreover, the researchers also observed a stark change in the foreign countries in which the companies held their cash. In 1998, much of the cash was being held in large economies such as the UK, Germany, and Canada, and the amount of cash was roughly in line with the fraction of sales coming from those nations. But by 2008, the picture was quite different: smaller economies like Ireland, Bermuda, the Netherlands, Belgium, and Luxembourg now housed an outsized share of the cash. For instance, Irish subsidiaries held 13.1 percent of the cash, but generated just 4 percent of sales, while subsidiaries in Luxembourg held 5.5 percent of cash, but generated only 0.5 percent of foreign sales.

What do these nations have in common? Lower—and falling—tax rates.Also read: What if we taxed corporations' payouts, not profits?

This is telling, says Petersen, because the mostly nonphysical structure of IP assets makes it much easier for financial executives to move their operations around the globe to nations where tax rates are lowest.

“If you’re producing concrete for highways in Ohio, you’re not going to manufacture the concrete in Ireland and ship it across the Atlantic just because the tax rate’s lower,” he says. “But if you’re selling software in Ohio, you might design it in Ireland because shipping software, shipping ideas, shipping design across the globe, is really cheap.”

In addition, unlike raw materials or other commodities that are purchased on a market, it is challenging to place an exact value on intellectual property. This means that, even if the engineers, product designers, and marketers responsible for creating that software are spread across several countries, it is often relatively easy to inflate the costs of the services provided by the lowest-tax foreign subsidiary. So for instance, a foreign subsidiary in low-tax Ireland might charge a higher-taxed subsidiary a very hefty rate for its design services, in order to capture as much of the profits as possible.

“In the old world, where you sold copper, the government could go and say, ‘Wait, copper is like $400 a ton. You can’t charge them $5,000 a ton.’ But today, if you want to transfer IP, and you’re literally the only one that has it, is it worth a million dollars? Is it worth a hundred million dollars?” says Petersen.Also read: Time to tax the growing billionaire club: Oxfam at Davos

Finally, the researchers analyzed which factors would best explain firms’ foreign and domestic holdings. They found that for domestic holdings, variables such as access to capital markets or R&D and capital expenditures, were good predictors of how much cash a firm would stockpile. For instance, firms with less access to capital markets might be expected to keep more cash on hand, while firms with lower R&D costs might be expected to keep less.

But for foreign cash, the story is quite different. The same factors didn’t have much predictive power. But lower effective tax rates did.

Taken together, the study paints a picture of a trend toward cash-holding that is primarily spurred by IP’s growing value in the global economy and IP-driven multinationals’ desire to avoid taxes.Also read: A case for inheritance tax, by Nikhil Kamath

So it would be a big deal if the recent agreement around a global minimum tax came to fruition. Currently, the wildly differing corporate tax rates between, say, Bermuda (7 percent) and France (26.5 percent) provide multinational corporations with a strong reason to keep as much of their profits as possible in low-tax jurisdictions. This in turn incentivizes countries to undercut one another, depriving governments of critical resources. “Now you start to have a competition where we’re going to keep lowering tax rates,” says Petersen.

A global minimum tax rate of 15 percent would effectively lower the gap between the highest and lowest taxed jurisdictions and temper this race to the bottom.

“If you asked me four years ago, what’s the likelihood of this happening, I would have said, ‘zero,’” says Petersen. But in the midst of the pandemic, as cash-strapped governments struggled to serve their populations, the political calculus seemed to change. “All of a sudden there’s this discussion, and some people think it might actually happen,” he says.

Even though the U.S. will likely keep its tax rate higher than 15 percent if this agreement is signed, a smaller gap between the U.S. corporate tax rate and this global minimum will reduce the incentive to shift profits overseas.

Petersen compares it to the way states compete with one another in the U.S. Yes, some states have lower corporate tax rates than others, giving those states an advantage in the race to attract firms, but everyone pays the same federal rate, which limits their advantage. This allows firms to consider other factors when deciding where to base their operations. “That means I can start thinking about: Where do I want my employees to be? Where can I get the best employees? What’s the most efficient way to structure my supply chain?” says Petersen.

Other policies also have the potential to change cash-holding overseas—but not always in the ways that policymakers intend. For instance, in 2017, the Trump Administration did two things in order to reverse the trend toward stockpiling overseas. The first was to lower the corporate tax rate, which indeed reduced incentives to move earnings abroad. But the second was to eliminate the repatriation tax on earnings (and thus cash held abroad, making it less costly from a tax perspective to repatriate that income. This particular decision, says Petersen, has likely increased the amount of profits (and thus cash) earned overseas, as it removed a major barrier for doing so.

“Well, wait a minute. So I can go make money there, and whenever I want, bring it back, at zero incremental tax? That accelerated the incentive to move income abroad,” he says.

It is still too early to predict the net impact of the 2017 tax policy on corporate cash-holding—or whether the global community will ever agree on a minimum tax. Still, Petersen does predict that at least some profits will return to the U.S. for another reason: the pandemic. “There’s this preference to move these supply chains home: not where you make the money, but where you produce it,” he says. “Because that’s a physically identifiable activity, that’s going to tend to bring the income with it.”