A pay increase could also raise the bottom line 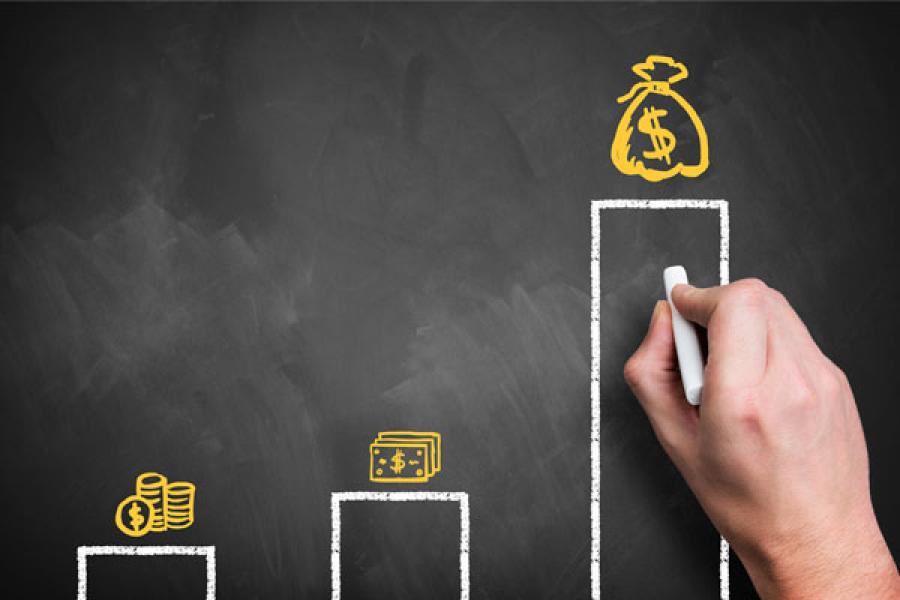 It’s not exactly a formula for success - or at least it wouldn’t seem to be.

In the months leading up to the global financial crisis of 2008 and the Great Recession, some companies in the U.K. signed labor agreements with unionized workers,raising wages agreeing to pay higher wages. In doing so, they locked themselves into higher pay just before the economy tilted into the deepest downturn since the Great Depression.

With higher costs and a financial crisis, you might expect those firms would perform poorly compared to their peers. But you’d be wrong, based on research from Paige Ouimet, a UNC Kenan-Flagler finance professor, and Elena Simintzi of the University of British Columbia.

From 2010-2012 – the years following the downturn – those firms outperformed their peers.

When the researchers compared changes in sales following the crisis to a pre-crisis baseline, firms locked into higher wage agreements realized higher growth in sales than the sales increases other firms saw.

The firms bound by higher wage agreements also earned higher returns on assets (ROA) during some of these post-crisis years, suggesting that they performed better even after accounting for higher labor costs, although the ROA boost wasn’t as dramatic as the sales numbers.

So paying workers more during a downturn could lead to improved business performance, the findings suggest.

“The main result is quite surprising,” Ouimet says. “It was the constrained firms that outperformed the unconstrained firms. That the firms with limited options actually ended up doing better is a very unusual finding.”

She writes about their findings in “Wages and Firm Performance: Evidence from the 2008 Financial Crisis.”

Their results are in line with other research that shows paying workers more can increase their job performance.

But what’s striking is that they suggest that even during very difficult economic periods in the economy, businesses might be able to gain an advantage by paying employees better.

The effect was more pronounced when the employees subject to the labor agreement were supervisory or management workers, says Ouimet. Giving line managers a raise, for example, seemed to deliver a bigger boost to performance than giving janitorial workers a pay increase. That’s in line with the idea that workers more involved in a company’s core business processes would have a greater impact on firm performance.

What’s not clear is the mechanism at work. Are workers more motivated because they feel grateful for the higher wages and are returning the favor? Do higher wages during a recession – when jobs are hard to come by – reduce turnover and allow companies to hire better employees? Do workers making more money work harder (or smarter) because they’re more motivated to avoid layoffs? Or does the data merely indicate that workers at firms that didn’t have the same upward pressure on pay didn’t perform as well, perhaps due to lower incentives.

“This goes to strengthen the argument that your workforce is an important generator of value in the firm,” Ouimet says. “So keeping the workforce happy is important for long-run profits."

The paper taps data about several hundred public and private U.K. companies that had unionized workforces. Ouimet and Simintzi collected data about labor agreements, when they were signed, how long they lasted, the relative impact of those agreements on pay and the types of workers covered. Then they examined the financial performance of those companies in the years following the financial crisis.

Using two different private databases, they compiled a set of 606 labor agreements affecting 344 companies. They defined the beginning of the downturn as September 2008 — the month that Lehman Brothers declared bankruptcy.

The constrained group involved companies that signed agreements to increase wages before September 2008 and whose labor agreements were in effect until at least January 2010. That meant the companies had to pay out higher wages for all of 2009. Labor agreements are very difficult to unwind in the U.K. so it was unlikely these companies subsequently reduced pay to workers covered by the agreements.

Ouimet and Simintzi also ran a number of statistical tests on the data to account for other variables, such as differences in industry, operating leverage levels and the financial health of the companies prior to the recession and at the time of signing the long-term wage agreements. They found no evidence that the results were driven by coincidental firm traits associated with the timing of the wage agreements.

Ouimet cautions against extrapolating the results too broadly outside the setting of unionized U.K. firms during the Great Recession. Labor practices in other parts of Europe, she points out, are different.

Different countries also have different unemployment benefits, as well as differences in how employers and unions negotiate, which could affect worker productivity in other ways.

“Continental Europe would be a very different situation and it would be hard to say we’d find the same results there,” she says. About 40 percent of U.K. workers belong to unions – almost four times the U.S. rate.

Nonetheless, the study does offer tantalizing evidence that cutting pay during a recession might not always be the best long-term strategy.

“These results certainly show the importance of maintaining a properly motivated workforce,” Ouimet says. “They suggest costs to cutting wages even during a downturn. It gives you something to think about when setting wages."

Tweets by @forbesindia
Should employees design their own jobs?
ReNew Power becomes first IPP to cross 1GW of renewable capacity