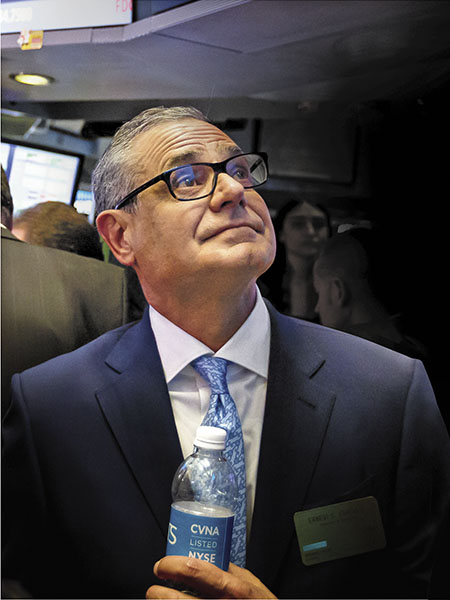 For many years, Ernest ‘Ernie’ Garcia II, 60, shunned the spotlight. Then, last April, he sauntered onto one of the grandest stages in business: The bell-ringing platform at the New York Stock Exchange. Carvana, which has created a popular online marketplace for buying, selling and financing used automobiles, was going public, and Garcia, its largest shareholder, wanted to savour the moment.

Nearly 30 years ago, his circumstances were vastly different. Garcia, then a real estate developer, pleaded guilty to a felony fraud charge connected to Charles Keating’s Lincoln Savings & Loan scandal and spent three years on probation. (Garcia had arranged a complex real estate purchase that allowed Lincoln’s parent to improperly siphon money out of the bank.)

In 1991, he bought Ugly Duckling, a rental-car chain, for $1 million. Unable to turn it around, Garcia changed gears: Ugly Duckling became DriveTime, a seller and financier of used cars, and he steered it through several subprime credit crunches. Carvana began as part of DriveTime before spinning off four years ago. Combined, Garcia’s stakes in the two firms are today worth over $2 billion. Garcia has tried to keep his controversial past separate from Carvana—at least somewhat.