With the pandemic making online learning urgently relevant, some of India's edtech startups including Unacademy, Byju's and Eruditus, are getting fresh funding to ramp up operations 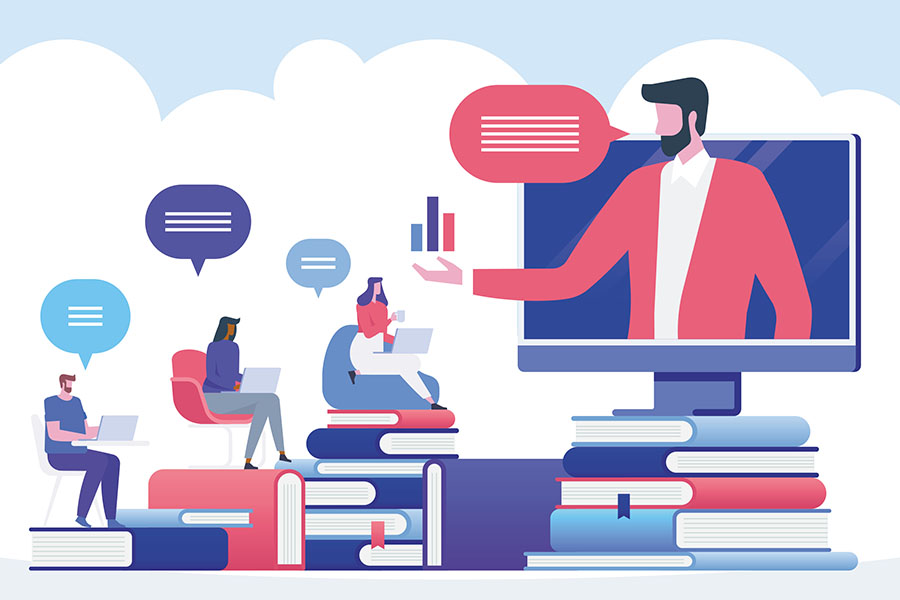 
One of the industries that the Covid-19 pandemic has given real impetus to in India is online learning. Several startups have blossomed, and two recent investments stand out. The first is Eruditus, a specialist in executive education, which raised $113 million by late August, and the second is competitive exams prep provider Unacademy, which raised $150 million in early September to become a unicorn.

Unacademy, which helps candidates prepare for more than 35 competitive examinations, raised the investments in a round led by SoftBank Vision Fund 2. Existing investors General Atlantic, Sequoia Capital, Nexus Venture Partners, Facebook, and Blume Ventures also participated. The investments pitched Unacademy’s value to $1.45 billion from $510 million in February, according to Bloomberg.

The Bengaluru-based venture, founded by Gaurav Munjal, Roman Saini, and Hemesh Singh in 2015, was originally started as a YouTube channel by Munjal in 2010. It has a network of more than 18,000 teachers, over 3.5 lakh subscribers, and 30 million registered users, and plans to utilise the money to launch new products, and build a world-class team and organisation.

“Learning from the best experts to achieve a life goal has mostly been a privilege available only to those living in the top few cities of the country. At Unacademy, we are breaking that barrier and helping people achieve their life's most important goals, by giving them access to the best coaching from experts in the field,” said Munjal, co-founder and CEO of the startup in a press release.

Sumer Juneja, partner at SoftBank Investment Advisers, added, “We have been closely tracking Unacademy for the last 18 months and have been impressed by their growth, quality of product and consumer engagement. They are truly democratising education in India and we look forward to helping them scale even further.”

The Eruditus group, consisting of Eruditus Executive Education (eruditus.com) and its online division Emeritus (emeritus.org), recently completed its Series D funding, totalling $113 million (including secondary sales), according to a statement by Chan Zuckerberg Initiative. The round was led by Leeds Illuminate and Prosus Ventures (formerly Naspers Ventures), with participation from Chan Zuckerberg Initiative and existing investors Sequoia India and Ved Capital.

Eruditus has offices in six countries and has had more than 50,000 student enrolments over the last 12 months. The company has partnered with more than 30 top-tier universities in the US, Europe, Latin America, India and China, and has launched over 100 courses for students in more than 80 countries. It will use the new funds to increase its engagement with partner universities, deepen its operations in emerging markets, and invest in creating career-ready courses to meet the skills required of the global workforce in a post-pandemic world.

“We collaborate closely with our university partners to make high-quality education more accessible and affordable,” said Ashwin Damera, co-founder and CEO, Eruditus, in a press release. “Covid-19 is dramatically accelerating change across higher education. We are engaging more deeply with universities worldwide to help them expand their online portfolio and global footprint. We chose Leeds Illuminate, Prosus Ventures and the Chan Zuckerberg Initiative as mission-aligned partners that provide strategic value that goes beyond capital to support our growth,” he added.

“Eruditus delivers tremendous value to working professionals and global universities, and we are delighted to partner with this team,” said Susan Cates, managing partner of Leeds Illuminate. “Innovative and interactive courses focussed on skills of the future, delivered by sought-after global brands, create upward economic mobility for learners across the world. Eruditus provides the connective tissue to facilitate talent’s rise and global universities’ reach.”

Hitherto, education imparted by the best institutions was available to those who could physically and monetarily access them. “Eruditus unlocks those assets and enables these institutions to help a whole new cohort of learners around the globe,” said Ashutosh Sharma, head of investments for India, Prosus Ventures.

“Eruditus serves as a critical innovation partner for top universities as they expand online course offerings in response to workforce needs and market demand,” added Vivian Wu, managing partner, ventures, Chan Zuckerberg Initiative. “We’re excited to support the growing partnerships between US universities and those in India, China and Latin America that are making truly high-quality education accessible to a broad and diverse range of students.”

Funding for edtech startups has more than tripled in 2020 already, versus last year, according to data from research firm Tracxn Technologies as on September 11. These ventures in India have raised $1.84 billion so far this year, through 81 deals, compared with $520 million in 2019 through 106 deals.

Byju’s, which is widely seen as the most valuable edtech venture in the world, also raised significant amounts of funding in 2020. According to media reports, between January and September, it has raised some $1 billion from investors including Tiger Global, General Atlantic, Silver Lake and Bond Capital.

Tweets by @forbesindia
Photo of the Day: Farmers block rail tracks to protest farm bills, call for bandh
Startup Circle: How NavGurukul is transforming the lives of low-income youth through coding