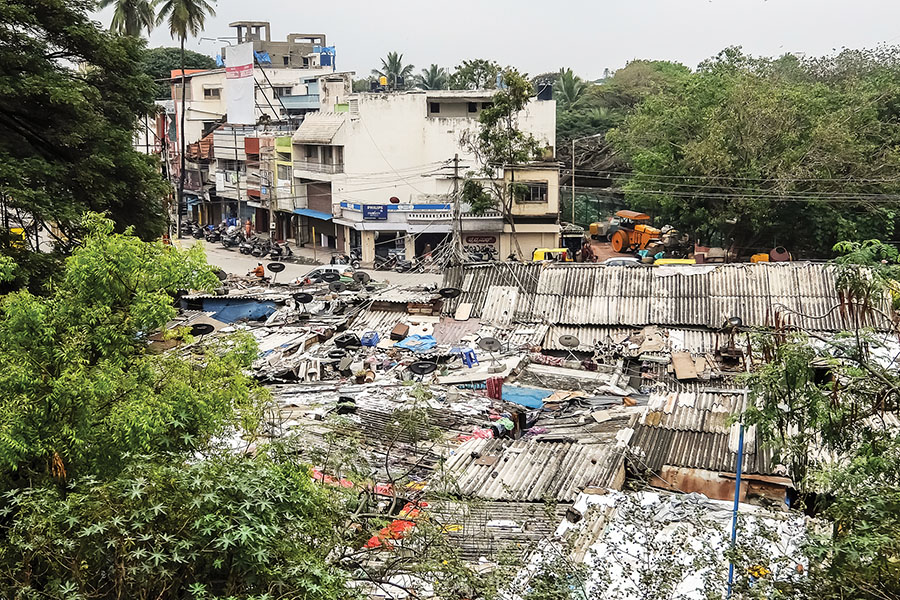 Image: Shutterstock
All the while, official data has underestimated the number of, and the economic value laden in, slums, suggest two recent studies based on machine learning algorithms and satellite imagery.

Titled ‘Studying the Real Slums of Bengaluru’ and ‘Characterising Irregular Settlements Using Machine Learning and Satellite Imagery’, the studies focus on Bengaluru, India’s fastest growing city in the last decade, but have implications for the entire country.

Among the findings are that official records vastly underreport the number of slums, the settlements aren’t transitory in nature, living conditions vary across slums and technology must be a part of the solution. The study pegged the average value of a slum at ₹15 lakh and tracked 4,500 slum households for over seven years. 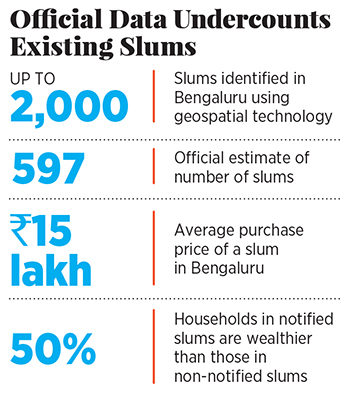 “The ingenuity and determination of slum dwellers in the face of challenges is noteworthy,” professor Anirudh Krishna from Duke University, who has led the research team since 2010, said in a press release. “Bengaluru’s slum dwellers have learnt to make do with a robust informal market with lawyers, brokers, and politicians.”

Slum residents need and deserve a better system for securing their land and property rights, he says. There are at least 18 different documents circulating with varying levels of legitimacy and enforceability.

Roopa Kudva, partner and managing director of Omidyar Network in India, says other state governments are recognising the use of technology as well. “In Odisha, we are working with the government and using drones to map 250,000 slum households enabling them to provide formal property titles to 1 million slum residents,” says Kudva.