Smoking the peace pipe: Hands that shook the world

As North Korean leader Kim Jong-Un and his South Korean counterpart Moon Jae-in cross over to the Demilitarised Zone between the two Koreas to shake hands and talk peace, a look at some of the other historic handshakes that sought to end political hostility 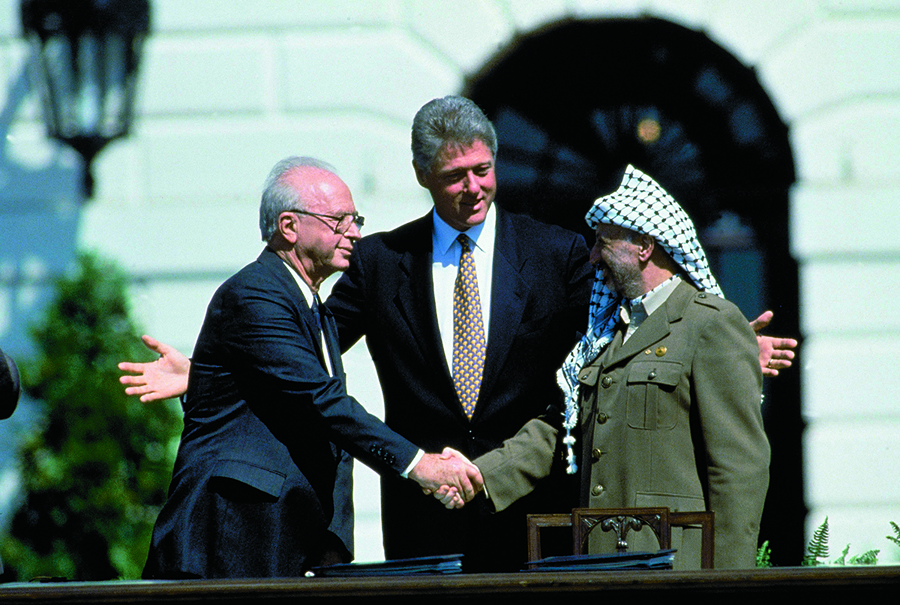 Barack Obama and  Raul Castro
At former South African President Nelson Mandela’s memorial service in Johannesburg in December 2013, then US President Barack Obama shook hands with his Cuban counterpart Raul Castro—the first public act of reconciliation from a US head of state towards the central American nation. The two were at loggerheads since the Cuban Revolution of 1959. In 2015, the American embassy in Havana was reopened and a year later, Obama became the first US president in 88 years to visit Cuba and ease trade restrictions.

Yasser Arafat and Yitzhak Rabin
After months of talks brokered by Norway, arch enemies Yitzhak Rabin, the Israeli prime minister, and Palestinian leader Yasser Arafat stood at the South Lawn of the White House on September 13, 1993, and shook hands with then US President Bill Clinton looking on (Seen in picture). It marked their agreement on the Declaration of Principles that resulted from the Oslo Accords. Under the pact, Israel was to withdraw troops from occupied areas and Arafat allowed to return from exile. But their efforts went downhill when Rabin was assassinated by a Jewish extremist in November the following year.

Mikhail Gorbachev and Ronald Reagan
A handshake between US President Ronald Reagan and Soviet premier Mikhail Gorbachev during the Geneva Summit in November 1985 signalled the beginning of an era where the two not only put behind mutual name-calling, but set the ball rolling to end the Cold War. While Reagan has been hailed as ‘the man who beat Communism’, the thaw in tensions is no less an achievement for Gorbachev who, through his policies glasnost (openness) and perestroika (restructuring), put political sparring with the US on the backburner and looked to bring back the sluggish Soviet economy to its feet.

Queen Elizabeth II and  Martin McGuinness
In 2012, the British Queen shook hands with Martin McGuinness, the deputy first minister of Northern Ireland and the former commander of the Irish Republican Army, a paramilitary organisation that sought to end British rule in Northern Ireland. Then US Secretary of State Hillary Clinton lauded the move as the most remarkable sign of change yet in the Northern Ireland peace process. McGuinness is known to have overseen bomb attacks on British troops and civilians. In 1979, such an attack killed Louis Mountbatten, the Queen’s cousin.

Anwar al-Sadat and  Menachem Begin
Israeli Prime Minister Menachem Begin and Egyptian President Anwar al-Sadat, joined by US President Jimmy Carter at Camp David, the presidential retreat in Maryland, shook hands to begin peace negotiations in 1978. It resulted in a pact and another handshake during a formal signing ceremony in November 1979 to end a state of war that existed between the two nations for over 30 years. Egypt also became the first Arab nation to officially recognise Israel. Both Begin and Sadat were awarded the Nobel Peace Prize, but the jubilation was shortlived as the latter was assassinated in 1981.

Richard Nixon and Mao Zedong
One wouldn’t have expected a vociferous anti-Communist to have ended up shaking hands with Chinese communist party chairman Mao Zedong. But the astute politician that Richard Nixon was, he sniffed an opportunity as the Communist citadel began to crack and the Soviet Union and China went through an ideological split. In February 1972, in a diplomatic gamble, the US president made a historic visit to China, ending decades of disengagement between the two ideologically-opposing nations.