Why Hong Kong's protests are getting uglier

Protesters are unhappy with deep-rooted issues such as democratic freedom and property prices, but its business as usual for Indian businesses 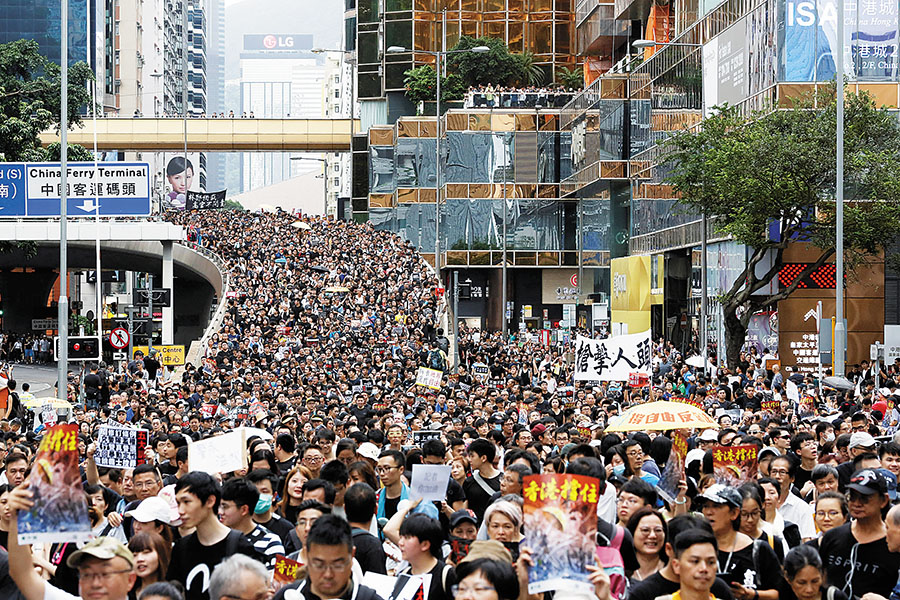 For the past few months, a staggering number of protestors have taken over Hong Kong. Starting in March, the protests were largely peaceful until mid-July, after which tensions have escalated. First, activists opposed a proposed extradition bill, which, if passed, would give Hong Kong leadership the power to transfer fugitives to mainland China on a case-by-case basis. Activists were afraid this would erode the ‘one country, two systems’ principle that Hong Kong and China have followed since its handover from the British in 1997, and strengthen China and the Communist Party’s hold over Hong Kong. However, on July 9, Hong Kong chief executive Carrie Lam announced that the bill was ‘dead’. Even so, the black-clad protestors—who, at their peak, claim to have numbered 2 million by organisers—sprang back into action. Now, the demands have moved beyond the bill, asking for Lam’s resignation, more government accountability and greater democracy. Since then, the uprising has intensified, included scuffles with the police and a mob attack on July 21 at the city’s Yuen Long MTR station, where over 100 masked, armed men dressed in white—as opposed to the protestors in black—attacked civilians indiscriminately. The Indian business community in Hong Kong has remained largely detached from the uprising. “There’s always been a fear of China’s communist regime in Hong Kong, but I don’t see that fear within the Indian community,” says Raju Sabnani, China committee chairman of The Indian Chamber of Commerce, Hong Kong, and an electronics export business owner. “We are largely apolitical in China, and only look after our own trade.” “Indian businesses have not been affected, while there has been inconvenience in the city,” agrees Notan Tolani, chairman, Solar Time Limited, and co-founder and president, Sindhi Association of Hong Kong and China. “However, the protests we see today is a result of years of frustration. While the main reason was the extradition bill, these protestors have been unhappy for quite some time with the government.” Hong Kong is the costliest real estate market in the world. “You won’t believe some of the flats being sold here and the prices they command,” adds Tolani. “Moreover, our population here is counted as 8 million, and last year, visitors from China alone were 54 million. Even if that figure is exaggerated, we can safely assume that at least 4 million visitors are added to Hong Kong each month from China, and put a severe strain on resources here. Hospitals are overcrowded. Public transport is becoming more difficult to navigate. Frustration with the government is mounting.” Hong Kong’s ‘One country, two systems’ principle is set to expire in 2047, 50 years after the handover. As the deadline approaches, protestors are also said to be feeling a sense of panic, looking to cement certain freedoms fervently before China can take over. Many protestors believe that the time to fight is now or never.
Show More
Thank you for your comment, we value your opinion and the time you took to write to us!
Comments 1