I wish I could make films and not release them: Manav Kaul

The actor, writer and director speaks about his second film Tathagat, the joys of filmmaking and why he would never let his plays be streamed online 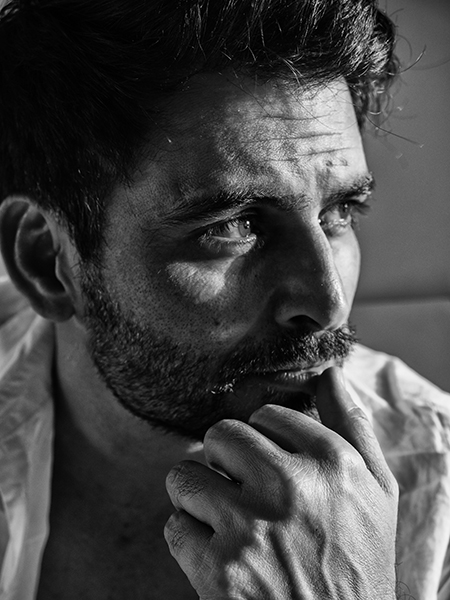 Actor, writer, director, producer—Manav Kaul wears many hats already, but he still has a long list. At some point he wants to do everything in life, including opening a chai shop. “I get bored very easily,” says Kaul, “I have so much time, so it’s better that I keep doing a lot of things instead of doing just one thing.”
Kaul has worked in theatre for over two decades now, mainly as a writer, director and producer. The 44-year-old has also acted in Bollywood movies like, Tumhari Sulu, Thappad, Ajeeb Daastaans (Netflix), Dybbuk (Amazon Prime Video) as well as OTT shows Ghoul, The Verdict - State vs Nanavati and Finding Anamika that is soon to release on Netflix. After his debut as a film director with Hansa (2012), he recently released his second film, Tathagat—a film that follows the journey of a monk questioning his renunciation—on film streaming platform Mubi. In an interview with Forbes India, Kaul spoke about the importance of OTT, transitioning from directing plays to films and why travel plays a role in the roles he picks. Edited excerpts:
Q. What inspired you to write a movie like Tathagat?
A. In films, I have always been drawn towards the idea of loneliness and I wanted to make something based on the concept of loneliness. For this film, I decided to explore loneliness that one chooses, like monks do. This film is about trying to portray my perception of what goes on in the mind of a lonely person. Another aspect I have tried to cover is that of going back. A monk chooses to live alone, but at the same time he wants to go back. The film explores how he makes this journey, but he also wants to go back to the life he left behind. Since I picked this concept, I shot the film and presented it like that too; you can sense a tiredness of trying.
Q. Your directorial debut was Hansa, which released in 2012. Compared to that, how different was your experience with Tathagat?
A. The journey was more or less the same—I had no money then, and Tathagat didn’t have any money either. It was all friends supporting me, because they know I make films that are very different and only I know what I do (laughs). When Tushar Raut, the co-founder and executive producer of Coconut Films, saw parts of the film he offered to complete it. Similarly, another friend who owns a resort in Sonapani, Uttarakhand helped us with the locations, stay and food for the crew.
Q. You have worked in theatre for over two decades. What was the transition like for you, from directing plays to directing films? How different is the experience?
A. At the end of the day, I am a story-teller, so in that sense it has been a smooth transition. Having said that, it is a very different experience. Directing in theatre means that you have at least three to four months for rehearsals, you keep trying different things—see if they are working or not, and eventually put up a play. All in all, you have about 4-6 months to capture it.
With films, it’s a very different approach. You have to focus on concentrating a certain moment and you need to understand exactly what you wish to capture. You can’t waste that moment where the actor is giving life to a particular shot. I am still learning, I still need to be more conscious of what I’m capturing. The moment the camera starts rolling, it’s like you are bringing something to life for the very first time.
Q. Your films are quite different and are usually meant for a niche audience. Does it bother you that a larger audience might not enjoy the film?
A. Honestly, if it were up to me, I wouldn’t want to release the films I make at all. I love and enjoy the process of filmmaking, I wish I could make film after film and not release them. But making films requires a lot of time, which I don’t have right now.
When it comes to a niche audience, I don’t like to categorise my audience. Everyone perceives things differently. For a film like Tathagat, one can interpret it in many different ways, some might connect with it, others might not. But so far, I am overwhelmed with the kind of response it’s got. 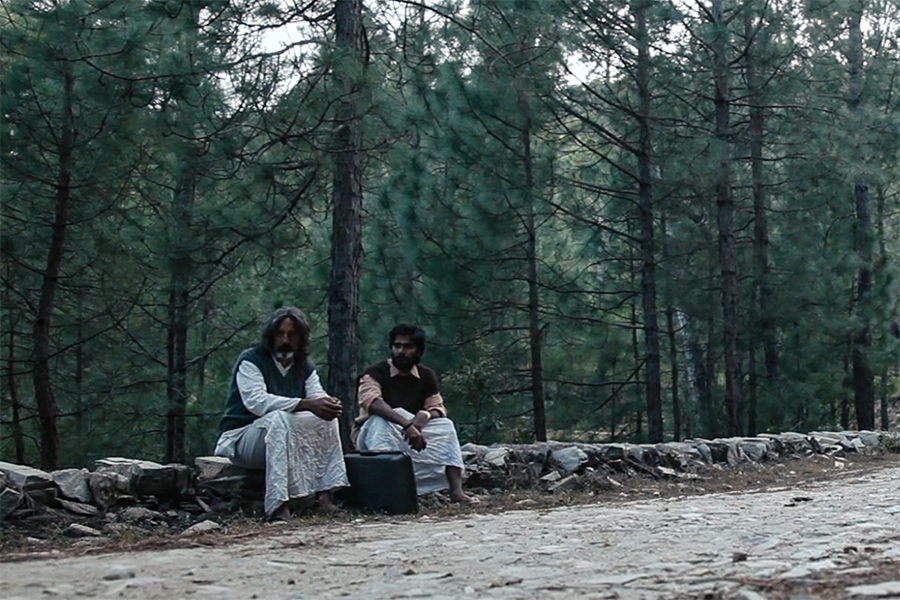 A still from Tathagat
Q. What kind of challenges did you face?
Where should I start (laughs)? I don’t come from a film school, and I don’t understand film-making. For me, it is an extension of my theatre, so the way I did theatre all my life, I have done my films. Most challenges were in terms of the finances, but I have been lucky to have found some great friends who have supported me.
Similarly, there were issues with locations, but since I was the writer, I would just change the script, and go with the flow.
Q. Has turning director helped you grow as an actor?
Absolutely. I understand direction because of my writing. And I understand my writing because I’m an actor. So it all complements each other.
Q. How do you decide what roles to take up?
If a role needed me to travel, I would immediately say yes without reading the script, because I love travelling. But I need to stop doing that (laughs).
But on a more serious note, first, I need to be in love with the director and script. At the same time, I ask myself ‘would I be excited to watch something like this’? That’s how I decide whether to take up a certain role or not.
Q. OTT is the new buzzword. Where do you see it going?
I think OTT has come at the right time. A lot of good actors are now getting significant roles, all thanks to OTT. They are changing the way we see acting, writing, directing in India. There are some beautiful series that people are making, very original, and it is only going to grow. The world has become one and they are very interested in knowing what India has to give. For the first time, there is young talent from Lucknow, Ahmedabad, Allahabad telling their own stories. A lot of talent with crazy ideas, writing and directing beautiful scripts, is now getting opportunities.
Q. What if someone gave you an option to air one of your recorded plays on an OTT platform?
A. No. Theatre is for theatre, you see it and it’s dead. I have in the past, and will continue to reject such offers. I am not interested in the money, so it doesn’t matter.

Tweets by @forbesindia
Japanese island paradise shudders amid rising tensions over Taiwan
Can Spider-Man swing to Hollywood's rescue with 'No Way Home'?