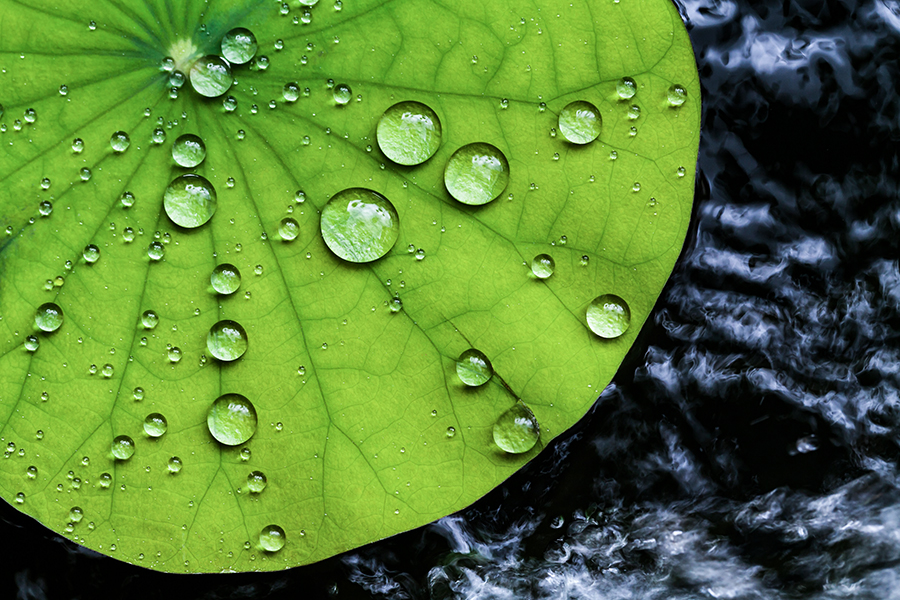 Australian researchers have developed a bioplastic based on the hydrophobic properties of the lotus leaf.
Image: aeiddam0853578919 / Shutterstock

Could packaging soon be treated like food waste in terms of sorting? Or better yet, could compost be made out of it? It's no longer the stuff of science fiction. In fact, companies may simply have to look to the lotus leaf, whose hydrophobic—or water-repellent—properties appear to allow for optimal preservation of foodstuffs. What's more, this packaging could completely decompose in the soil.

Why are we talking about the lotus leaf?

According to the Zero Waste France association, plastic is the most used material for packaging food in Europe. It is used for 37% of the food sold. According to the latest statistics published by the European Parliament, only about one third of plastic waste is recycled in the Union. Otherwise, such waste is incinerated to produce energy. In 2019, researchers estimated that the production and incineration of plastic had generated more than 850 million tons of greenhouse gases! And by 2050, that could reach 2.8 billion tons... Regarding the treatment of plastic waste, a third option has now been  implemented: in Europe, in 25% of cases, this plastic waste gets buried! But the fact that it's buried doesn't mean that it gets broken down in the ground...

The solution: a bioplastic that mimics the lotus leaf

Have you ever heard of the lotus effect? This phenomenon described by scientists consists in using the famous plant as a reference to describe a capacity to repel water drops. In fact, the nanoscopic texture of roughness as well as the composition of the leaf's surface gives the plant hydrophobic qualities.

Australian researchers from the RMIT University in Melbourne have been working on this unique property in order to develop a bioplastic capable of packaging foodstuffs. But it's not enough to just draw inspiration from nature to find a solution to plastic pollution. The work consisted in setting up a manufacturing process that is economically affordable but also easy to set up in order to imagine rolling it out on an industrial scale.

For this reason, the formula uses only two ingredients: starch and cellulose. A pattern that mimics the structure of the lotus was applied to the material, before it was coated with a silicone-based organic polymer. Like the lotus, the material is able to act as a barrier against water and dirt.

Why does this research represent a genuine breakthrough? Because, contrary to what the term "bioplastic" suggests, not all such packaging is necessarily biodegradable. Indeed, bioplastic can be manufactured from oil. Moreover, bioplastics must often be heated to very high temperatures for them to break down. In the case of this imitation lotus leaf, the researchers promise that their discovery decomposes after contact with insects in the soil.

Now, Australian scientists are waiting to put their research into practice by establishing commercial partnerships.

Tweets by @forbesindia
Dior unveils 'protective' clothing for a time of crisis
Time to let sedans back into our lives. The Skoda Slavia is a great place to start