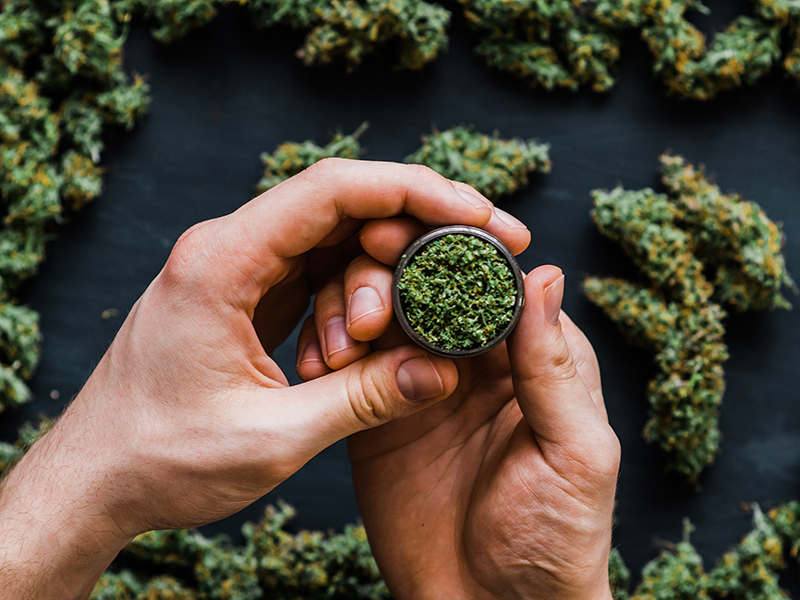 Germany is set to be the third nation to legalize cannabis after Uruguay and Canada.
Image: Dmytro Tyshchenko / Shutterstock

The next German government plans to legalise the recreational use of cannabis, which would make Germany the third nation to do so after Uruguay and Canada.

While many countries have decriminalised the use and possession of the drug, abandoning prison sentences for consumers, just a handful have gone as far as to make it fully legal, including for medicinal purposes.

Here is an overview:

Uruguay became the first country in the world to legalise the production, distribution and consumption of marijuana in 2013.

Its citizens and residents can buy up to 40 grammes (1.4 ounces) of weed a month from pharmacies, grow it themselves at home, or join cannabis clubs where members tend to the plants together.

The government has licensed two private companies to produce and distribute marijuana.

Several other Latin American countries have legalised cannabis for medicinal use: Chile in 2015, Colombia in 2016 and Argentina, Mexico and Peru in 2017.

In 2018 Canada became the second country in the world—and the first G7 major economy—to allow the recreational consumption of cannabis.

The legislation limits personal possession to 30 grammes and four plants per household.

In the United States, federal law prohibits the cultivation, sale and use of marijuana.

However, 18 states and the national capital Washington DC have legalised marijuana for recreational use. California is the biggest legal market in the world.

Thirty-six states and the capital, Guam, Puerto Rico and the US Virgin Islands have legalised marijuana for medical use.

The Netherlands in general, and Amsterdam in particular, have tolerated the sale and use of marijuana in their iconic coffee shops since 1976.

That year, the Dutch decriminalised the sale of small amounts of cannabis—less than five grammes— and allowed individuals to legally grow five plants each for personal use.

A controversial 2012 law banned the sale of marijuana to non-residents and tourists in three southern provinces.

The capital The Hague banned cannabis from the city centre in April 2018.

But in July 2018, the Dutch government gave the green light to a wide-ranging experiment to allow up to 10 municipalities around the country to grow cannabis.

In Spain, laws allow for the private production and consumption of cannabis by adults, though its sale is still illegal.

The Czech Republic decriminalised cannabis for personal use in 2010, but you can be still fined for possessing small quantities, with criminal penalties beyond that.

A similar system operates in Portugal, which decriminalised all drugs in 2001 though they still remain banned.

Users have to pay fines or agree to addiction treatment.

In July, Georgia's supreme court did away with fines for cannabis for personal consumption.

In 2018, South Africa's top court ruled that private, personal cannabis use by adults was legal.

Thailand is also planning to legalise the cultivation of cannabis for medical use, which would make it the first country in Asia to enter a market dominated by Canada, Australia and Israel.

In Lebanon, where illegal plantations of marijuana are widespread, parliament last year legalised the cultivation of marijuana for medical use.

Tweets by @forbesindia
He knows the best-kept secret in sports. No, he won't tell.
Startup Fridays Ep 30: Find what you're truly passionate about, work on it, and get an investor who really believes in you - Rahul Saxena