Pascal Ferré, the editor-in-chief of the weekly France Football is one of only two people who knows beforehand the winners of Football's most coveted individual prize, the Ballon d'Or 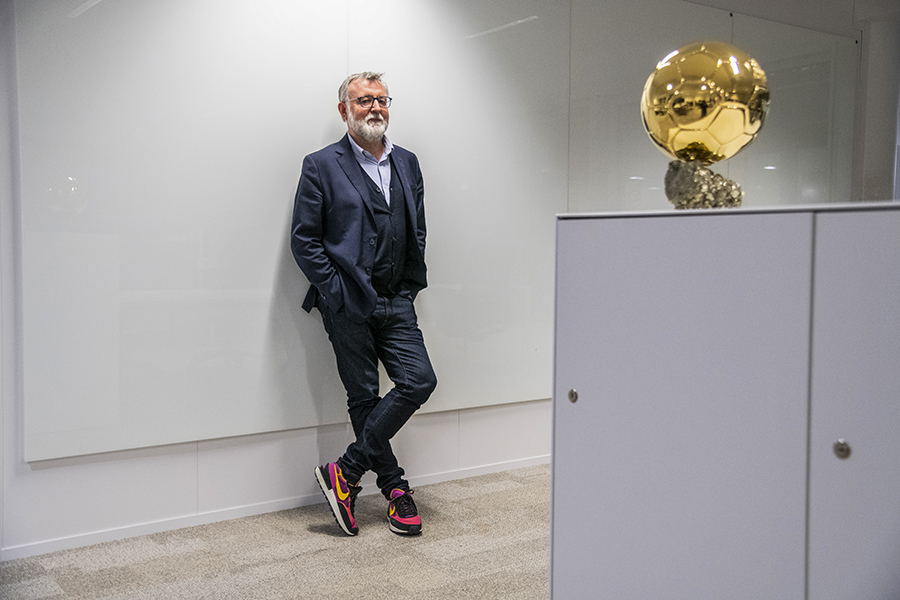 Pascal Ferré, the editor-in-chief of France Football, with the Ballon d’Or at his office in Paris, Nov. 25, 2021. Encrypted email servers, secret meetings, strict confidentiality: The identity of the winner of the Ballon d’Or, soccer’s biggest individual prize, is guarded like a state secret. (James Hill/The New York Times)

At this time of year, Pascal Ferré fields the same call, over and over again. They come from around the world. Sometimes, it is a team executive or a club president. Often, it is an agent, charming and inquisitive. Occasionally, it might even be one of the world’s most famous players themselves.
Regardless of the voice on the other end of the line, they all follow much the same pattern with Ferré, the genial, bearded editor-in-chief of the weekly France Football. They start by shooting the breeze, asking casually after Ferré’s general health. Then they start to shift gear.
They ask how preparations are going for the magazine’s annual gala, the one at which the men’s and women’s winners of the sport’s most coveted individual prize, the Ballon d’Or, will be announced. Fine, fine. Has the voting finished? Has it all gone well? Yes, yes. Ferré knows what comes next, the real reason for every call. They want to know the one thing he cannot tell them.
There are, perhaps, two ways to best illustrate how jealously Ferré and his staff guard the identity of the winners of the Ballons d’Or. One is that he is one of only two people, even within the magazine, who knows who has won. The other is that the second, his trusted executive assistant, is told only in case something happens to him. “Imagine if I had an accident,” he said. “There would still have to be a Ballon d’Or.”

Tweets by @forbesindia
Transparency, participation, and accountability: Three ways to fix Indian cities
Legalised cannabis: A rarity around the world