An apple a day may keep the doctor away, but it could also bring you closer to your partner, it seems 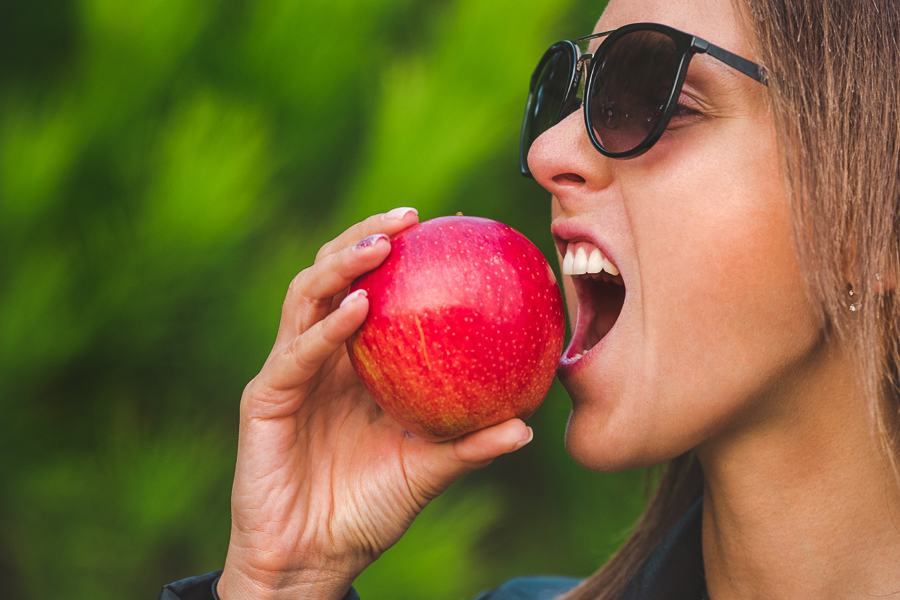 Low libido? Nature has many solutions to offer when it comes to boosting your sexual health. In fact, there's a host of supposedly aphrodisiac foods out there. In the collective imagination, ginger is the top food for boosting sex drive, but the humble apple shouldn't be overlooked as an option.

Talk of aphrodisiac foods inevitably brings to mind the fiery root called ginger. Used for more than 4,000 years in India and Asia, "shringavera"—the Sanskrit for "shaped like a deer's antlers"—is undoubtedly one of the foods best known for its alleged effects on desire.

Without wanting to sully its legendary status, science has not actually recognized its aphrodisiac effects. But that's no reason to shun this food, which has many benefits. While it may not fuel desire, ginger can have an effect on reproductive capacities, especially in men. With its antioxidant virtues, the root helps the body to fight against chronic diseases. It protects the DNA of spermatozoa, and thus their quality.

Munch on an apple
An apple a day may keep the doctor away, but it could also bring you closer to your partner, it seems, thanks to its many effects on sexual health. Indeed, this fruit, which originated in Central Asia, can help maintain good sexual health. According to an Italian study, women who consume more than two apples per week are more sexually fulfilled, both in terms of the frequency of intimacy and their personal satisfaction.

And the forbidden fruit is aptly named, because it contains phloridzin, a molecule that is similar to estradiol, the major female sex hormone.

In addition, apples are rich in vitamins (C, A, B), minerals and trace elements. All in all, it's a useful little snack to include in your diet.

Watch your general diet
So are aphrodisiac foods overrated? When it comes to instantly arousing desire, their effectiveness is questioned by doctors. For example, watermelon has an effect on testosterone in males, but the average man would need to eat two to three whole watermelons in one day to feel the effects.

With age, the genitals tend to shrink. In women, the size of the vulva tends to decrease after menopause. In men, penis size and erectile function are impacted. To combat this, focus on a balanced diet, rich in antioxidants, to take full advantage of your sexual health for as long as possible.

Tweets by @forbesindia
Betting on beauty: What's driving sudden investor interest in the business
Photo of the day: Preserving heritage