The country is grappling with rising infertility rates and stagnant growth in condom usage. Is there a way out? 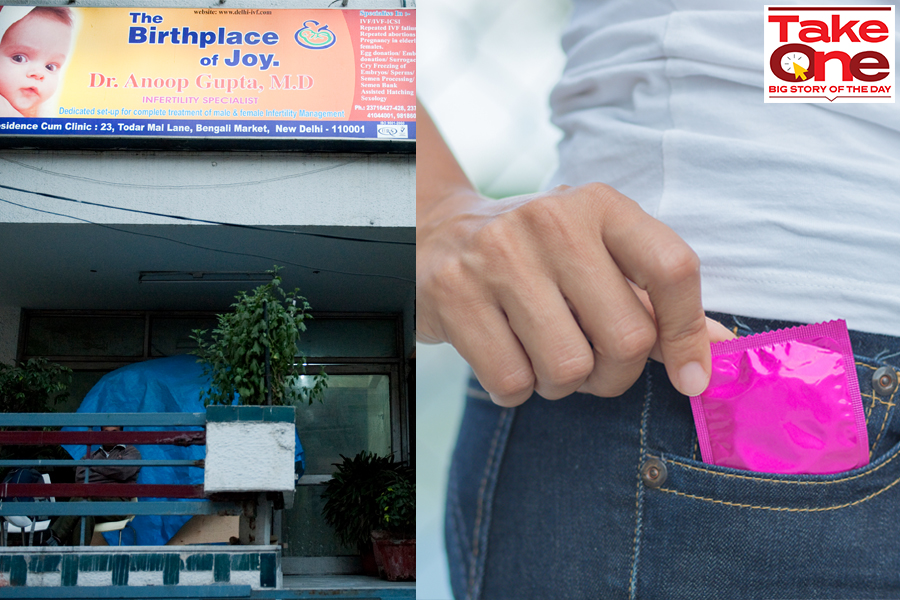 Moradabad, Uttar Pradesh“I can’t tell you how excited I am,” beams soon-to-be-dad Deepak Kumar. A sales executive with an FMCG company in Delhi, Kumar reached his hometown last week, a few days ahead of the birth of his child. “My boss denied me paternity leave,” he says with a giggle. The snub, though, didn’t dampen his enthusiasm as he went on a shopping spree to welcome his baby: Diapers, towels, powder, lotion... “This will be my fourth child,” he proudly says on a WhatsApp video call from Moradabad, some 191 km from Delhi. “I know what all I need to buy,” he says smiling. His three kids—two boys, aged 3 and 5, and a nine-year-old girl—and parents are equally excited to have a new addition in the family. ‘But why so many kids,’ asks this reporter apologetically. “What’s your problem? I can take care of them,” Kumar dishes out a no-nonsense reply. The second question, probing about his use of condoms is also met with scorn. “Condom kills the fun of sex. I don’t get pleasure,” he says. “Lekin ye to AIDS se bachne ke liye hota hai na (Is it not used to not get infected with AIDS?),” he asks. “I have sex only with my wife,” he says, adding that his partner has been using emergency contraceptive pills since marriage. “Condom is not a man thing,” asserts Kumar, 29.

Meanwhile in Udaipur in Rajasthan, Anjum Gupta knew her man had a problem. A primary teacher at a government school, Gupta has not been able to conceive since she got married a decade ago. “I was labeled as infertile by my in-laws,” she says, her voice quivering. “Though medically I was okay, the stigma,” the 32-year-old lets on, “disrupted my life.” After much persuasion over the last five years, her husband, a commodity trader, relented to get medically examined. Dr Kshitiz Murdia is not surprised to know about the mental torture the teacher had to go through. “A disproportionate amount of onus is placed on females when a couple is unable to conceive,” says the chief executive officer and co-founder of Indira IVF, India’s largest infertility chain with 94 centres across India. In India, the topic of male infertility is rarely spoken about. “Approximately half of the total cases of infertility can be traced to the male factor,” he adds.

Cut to Bengaluru, around 1,720 km away from Udaipur. Nilay Mehrotra claims he has found the X factor to crack the male infertility problem. Two months back, the young entrepreneur rolled out India’s first at-home DIY (do it yourself) semen testing kit. The product by Janani, a reproductive health and sexual wellness startup co-founded by Mehrotra in June last year, eliminates the fear of being recognised at a sex or fertility clinic, which can be quite embarrassing. There is a huge elephant in the room and people have been ignoring it for so long, he stresses, alluding to the rising problem of male infertility. “We need to kill the stigma, address the issue and solve the problem,” he says. Indians, he lets on, need to end the taboos around sex issues. Over seven decades after independence, India finds itself paradoxically sexed up, and also vexed. Infertility rates among young men and women are rising; millions of childless couples are clamouring for kids; a bunch of states, including the most populous Uttar Pradesh, plan to curb population growth despite experts citing a dip in total fertility rates; and men still remain obstinate in their reluctance to use condoms. Conservative attitudes towards sex coupled with a reluctance and awkwardness in pursuing sexual wellness has only complicated the problem. Look at the numbers. Over the last decade, the condom user base in the country has dipped by an alarming 76.5 percent—from 1.9 crore users in 2008-09 to 45 lakh in 2019-20, to data by Health Management Information System (HMIS). Kumar is not alone in shunning rubber. There are millions, and the core reason still remains the same: Apparent lack of pleasure. Kumar, again, is not alone to stay away from vasectomy, a male birth control option. The reason again remains the same. Contraception, they argue, is not man’s business. The domination of such an archaic mindset has given rise to an alarming trend. Usage of emergency contraceptive pills for women has seen a staggering jump of 171 percent: From 10 lakh in 2008-09 to 2.7 crore in 2019-20. During the same period, vasectomies dipped by 81 percent. (See box) 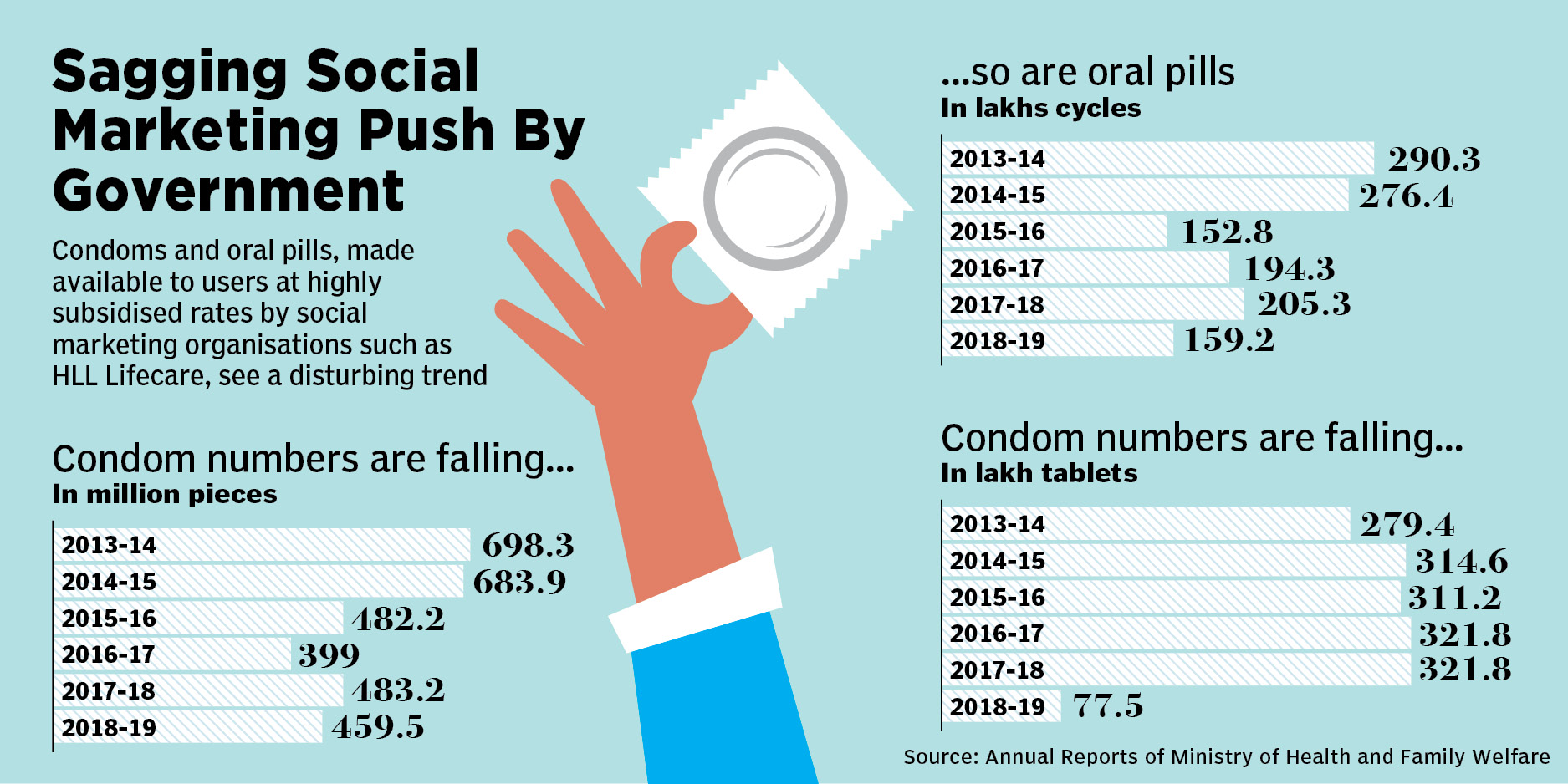 Neru Mishra, a veteran social health activist, explains why the needle has not moved. “Only one out of 10 sterilisation cases happen to be male,” she says. “en feel they would lose their masculinity,” says Mishra, who became an ASHA (Accredited Social Health Activist) worker in 2006 and started working from Mirzapur village in Uttar Pradesh. “Purush condom ke bare main baat nahin karte (men don’t talk about condoms),” she points out.

According to the fourth National Family Health Survey 2015-16, only 5.6 percent of Indian men use condoms. “Their refusal has shifted the burden of family planning almost entirely on women,” says Dipa Nag Chowdhury, director of programmes at Population Foundation of India (PFI). The resistance among men is largely due to misconceptions related to reduced sexual pleasure and loss of virility. Social norms and prohibitions concerning discussions around safe sex between sexual partners create barriers to the use of condoms, she adds. The problem with men is turning out to be a bigger problem for Mankind Pharma, the company that makes Manforce, the largest condom brand in India. The findings of a recent consumer research survey by the brand, which has a 36.3 percent volume market share, boggled all. The perception—a condom reduces pleasure—stays upright. “Users across rural and urban India feel that condoms are messy and oily with latex smell,” says Rajeev Juneja, managing director and vice chairman of Mankind Pharma. The condom maker has seen a dip in volumes: From 55 crore in FY19 to 47 crore in FY21. The rural market, Juneja points out, is still small and contributes just 29 percent of the overall sales 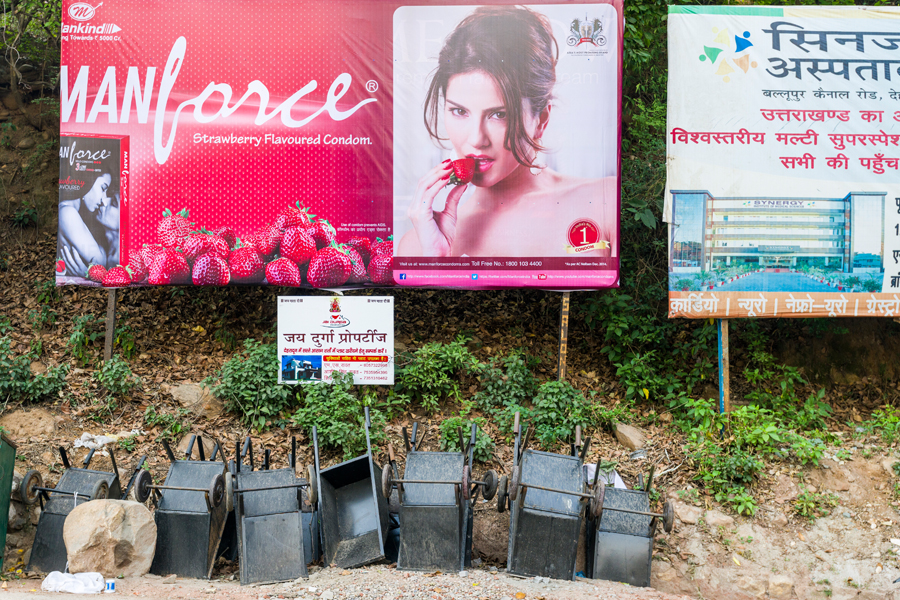 Marketing experts are not surprised by a subdued offtake of condoms in the hinterland. Reason: Faulty positioning of the product. “A condom was always billed as something that protects you against sexually-transmitted diseases,” says Ashita Aggarwal, marketing professor at SP Jain Institute of Management and Research. Protection became the dominant theme, as population control took a backseat. Another problem was not addressing the core issue. For a long time, most of the brands—including the ones made by government’s HLL Lifecare such as Moods and Ustad—never talked about how condoms didn’t interfere with the sexual act or pleasure. In a country where sex is still looked upon as a man’s act, and the female orgasm remains an alien concept, the men never had a reason to put on a condom. “Condoms did reach the village but the right message got lost in the transition,” she adds.  One potent message, though, did percolate quickly across smaller towns and villages: The need to have babies. Over the last two decades, infertility clinics, which started from cities, started dotting the rural landscape. Take, for instance, Indira IVF. India’s biggest IVF speciality clinic opened its first centre in 2011 at Udaipur, Rajasthan. Look at the way it has grown over the last four years: From 31 centres in 2017 to 94 in 2020; from a revenue of Rs 470 crore in FY18 to Rs 658 crore in FY21.

Clearly, the business of bringing joy into the lives of millions of childless couples is booming. An EY report in 2015 highlighted that India had 27.5 million infertile couples in reproductive age. Five years later, conservative estimates peg the number at 29-32 million. At Indira IVF, men in the age group of 30-40 contribute to the most footfall among all age groups. Additionally, men in the age group of 30-35 have witnessed a constant year-over-year growth from FY18 to FY20. “This indicates an increase in awareness about male infertility as more men come forward to seek treatment,” says Murdia, chief executive officer and co-founder of Indira IVF. Though conversations about reproductive health are slowly coming into the open, Murdia reckons it’s still early days. “We must keep this momentum going,” he says. The crux, he explains, is not only about having a child, but also understanding life-threatening diseases that individuals may have.Meanwhile in Lucknow, state capital of Uttar Pradesh, Munna Yadav doesn’t care about a draft population control bill which tends to penalise those with more kids. Those with more than two children would not only be debarred from contesting local bodies’ polls, but also can’t apply for government jobs or get any kind of subsidy. “Who wants government jobs,” says the 25-year-old auto driver who dropped out of school when he was 13. My father, he explains, had seven kids as he thought more hands would come handy in agriculture. “Now you need to have a large income to feed big family,” he says. Yadav has two sons—aged 2 and 6—and intends to opt for family planning. “My wife is getting operated,” he informs. But why not him? “Why should men,” he counters. “Mard nahin karate ye sab (men don’t get such things done,” he says. Do mards use condoms? “I don’t, and I won’t,” he says smiling.