QR codes on graves tell the life stories of the deceased

With the Histoires de vie or Life Stories project, psycho-emotional therapist Delphine Letort proposes to honour the memory of the deceased by telling their story through QR codes set on their funeral plot 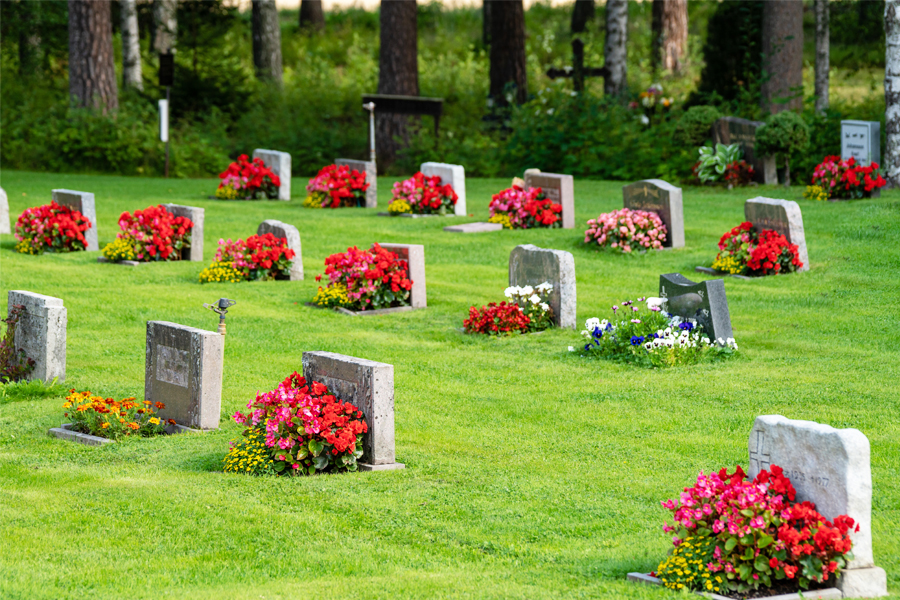 This (r)evolution of funeral customs particularly affects cemeteries, the places of remembrance where some of the great and the good of the last centuries are buried. Image: Shutterstock

What do we leave behind when we die? What trace of us remains? If such questions can frighten (or depress) some people, they are nonetheless important at a time when the number of senior citizens is constantly increasing throughout the world. Delphine Letort proposes to honor the memory of the deceased by telling their story through QR codes set on their funeral plot. We caught up with her to find out more.Unlike most people, Delphine Letort sees nothing morbid about cemeteries. This psycho-emotional therapist and psycho-genealogist even describes herself as a "great lover" of these places, whose residents are resting in eternal sleep. She takes pleasure in going there, not to mourn or to reflect, but to "meet" and find out about people. "For me, cemeteries are above all places filled with life stories," she told ETX Studio.

As such, it's little wonder that she called her company Histoires de vie, or Life Stories. However, nothing predestined this former administrative assistant in charge of cemeteries for the town hall of Eteaux, in France's Haute-Savoie region, to launch her own business. A desire to spend more time "in the field" and "in contact with people" drove her to realize a project that she had been mulling over for about 10 years. Her business involves paying tribute to the deceased by recounting their lives in a biography, with or without photos, videos and sounds. The biography can be written by the relatives of the deceased or by the subject of the biography themselves, during their lifetime. Delphine Letort affirms that many elderly people lend themselves to the exercise, in order to constitute a "trunk of memories." "These people need to retrace their life story, but they say that nobody is interested. That's why they need to be accompanied in this therapeutic process," she says.

No small or big life stories

With this in mind, the therapist leads writing workshops in retirement homes and nursing homes. "When you're in your 70s and 80s, you've been through so much that you don't know where to start. They often need someone to pull on the thread of the ball of wool and make them aware of all they have accomplished during their lives," says Delphine Letort. The entrepreneur is convinced that there is no such thing as a small or big life story, but rather a multitude of trajectories, such as that of Léonie Duboc, who cultivated a true passion for dance during her lifetime, or that of Paul Roussel, who followed in his father's footsteps by serving in the military.These stories are accessible on the Histoires de vie website, but also through QR codes installed on the funeral plots of the deceased. Simply scan these codes, laser-engraved on stainless metal, to dive into the biography of the deceased. "Families can choose to limit access to their loved ones or open it to anyone. For example, one of my clients chose to make public the story of her brother, who died at 39 of a heart attack after a jog. His death was so abrupt that she wanted him to live on, in a way, through his biography," explains Delphine Letort. If this way of honoring the deceased is not very common in France, it is much more widespread in Japan, the United States and Spain. Delphine Letort discovered this concept about 10 years ago, but she only launched Histoires de vie in 2020. This time, marked by Covid-19, proved particularly conducive to the transformation of the funeral sector in general. Numerous entrepreneurs like Delphine Letort have changed careers to enter this booming market, with the intention of reinventing traditional rites and rituals, and questioning the taboo of death. "It is still very present in our societies, but there is progress. In France, there is currently a big movement to bring back discourse surrounding death and the finiteness of life. But we are not really taught to better accept death," says the therapist, who also specializes in bereavement support.

Bringing the experience of death out of hiding

Indeed, one paradox of our societies is that, while death is omnipresent in the media discourse, it is gradually disappearing from the public sphere to become a hidden reality with which bereaved families must deal, alone. Céline Lafontaine, professor of sociology at the Université de Montréal, examines this ambiguous relationship in her book "La Société post-mortelle" [Post-mortal society] (Seuil, 2008). She explains that demographic changes and the technological and scientific promises of medicine create the illusion that it is possible to take action against death: "post-mortality obviously does not imply the disappearance of death as such, but rather its negation, the rejection of its symbolic status."This (r)evolution of funeral customs particularly affects cemeteries, the places of remembrance where some of the great and the good of the last centuries are buried. While some, such as the Père-Lachaise cemetery in Paris, have become must-see tourist attractions, most remain very little visited, except, perhaps, for the ritual visit on All Souls' Day—or the Day of the Dead—observed by Roman Catholics and other Christians on November 2. This tradition is beginning to fade, however, as 38% of French people aged 18 to 39 say they never visit a cemetery, according to a Crédoc survey from 2019.Delphine Letort hopes to remedy this with Histoires de vie. "Our cemeteries need to be much more lively, as is the case in the Netherlands and Denmark. There, people walk in the cemeteries. They go jogging and even cycling with their children. No one takes offense," she says. "I hope to help evolve the cemetery experience with QR codes so that the life stories of the deceased continue to live on and be passed down from generation to generation." All of which can help the living rest assured that there's no need to resign themselves to a fate of dust and oblivion.