Researchers at the Massachusetts Institute of Technology (MIT) and other institutions believe they have uncovered the mystery of the durability of the 2,000-year-old structures—self-healing concrete 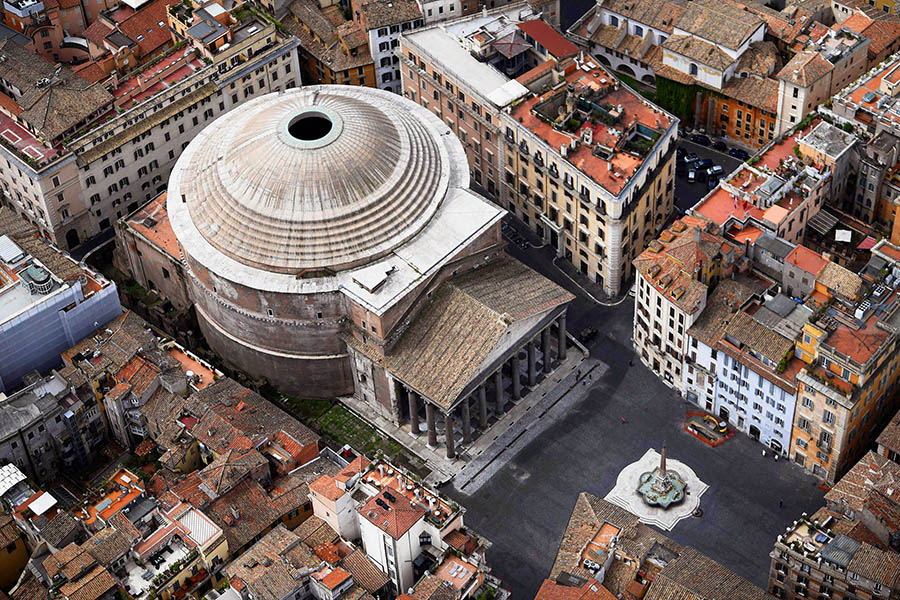 How have Rome's ancient aqueducts and architectural marvels such as the Pantheon, which features the world's largest unreinforced concrete dome, endured the test of time?

Researchers at the Massachusetts Institute of Technology (MIT) and other institutions believe they have uncovered the mystery of the durability of the 2,000-year-old structures—self-healing concrete.

The secret lies in an ingredient of the ancient concrete used by the Romans that the researchers, whose findings are published in the latest edition of the journal Science Advances, said has been overlooked in previous studies.

The durability of the concrete used by the Romans has most frequently been attributed to the use of volcanic ash from Pozzuoli on the Bay of Naples, which was shipped across the Roman empire for construction.

But the researchers focused their attention on another component of the ancient concrete mix, small white chunks called "lime clasts."

"Ever since I first began working with ancient Roman concrete, I've always been fascinated by these features," said MIT professor of civil and environmental engineering Admir Masic, an author of the study.

"These are not found in modern concrete formulations, so why are they present in these ancient materials?"

The researchers said the lime clasts had been thought to be the result of "sloppy mixing practices" or poor-quality raw materials.

But they are in fact what gives the ancient concrete a "previously unrecognized self-healing capability."

"The idea that the presence of these lime clasts was simply attributed to low quality control always bothered me," said Masic.

"If the Romans put so much effort into making an outstanding construction material... why would they put so little effort into ensuring the production of a well-mixed final product?"

For the study, the researchers examined 2,000-year-old Roman concrete samples from the masonry mortar of a city wall in Privernum, Italy.

They found that a process known as "hot mixing" is what gave the concrete its "super-durable nature" in which the Romans mixed quicklime with water and the volcanic ash at high temperatures.

"The benefits of hot mixing are twofold," Masic said.

Also read: Wooden architecture: An ecological alternative on the rise

"First, when the overall concrete is heated to high temperatures, it allows chemistries that are not possible if you only used slaked lime, producing high-temperature-associated compounds that would not otherwise form.

"Second, this increased temperature significantly reduces curing and setting times since all the reactions are accelerated, allowing for much faster construction," he said.

It is the lime clasts that give the ancient concrete its "self-healing functionality," according to the research team, which also included scientists from Switzerland and Italy.

Tiny cracks in the concrete would tend to travel through the high-surface-area lime clasts and, when exposed to water, would recrystallize as calcium carbonate, filling the crack almost like glue.

"These reactions take place spontaneously and therefore automatically heal the cracks before they spread," said the researchers, who conducted tests using modern concrete and the ancient formula.