The fashion and luxury industries have started betting on gaming, streetwear, and football to appeal to our "teenage" tastes. 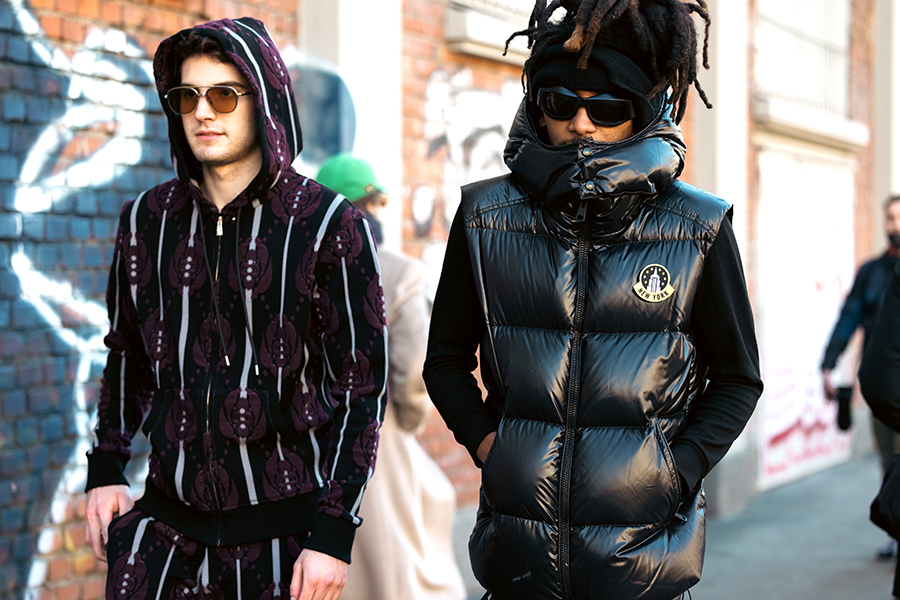 Nostalgia has us in its grip! The pandemic has made a lot of us regress into our teenage selves, locked in our rooms, glued to our screens, waiting for the time when to go out at night. And we're not even exaggerating. And we're not the only ones; the fashion and luxury industries have also jumped into the arena, betting on gaming, streetwear and soccer to appeal to our "teenage" tastes.

What's up with the mania for teen-inspired trends? While the 1990s and 2000s are a big hit with women from Generation Z in fashion, it's the 'kidcore' trend that's making a splash in the jewelry industry, as well as in men's fashions. The goal? To dress like teenagers, or even pre-teens, fully-sized ones—in other words in a disheveled, warped, and somewhat jarring style. Perhaps we're being harsh on the young, but for the past few months fashion has become a commotion oscillating between extravagant, pre-apocalyptic, trashy, and total regressive styles.

And it's not just individuals who are looking back on their childhoods with nostalgia. Through its three latest passions—streetwear, soccer and gaming—the fashion and luxury industries also seem to be obsessed with adolescence, and with some of its main interests. This plunge into nostalgia is no doubt linked with a desire to appeal to and win over the youngest generations, such as Gen Zers, of course, but also the first wave of Alpha, which is now reaching pre-adolescence.

From the catwalk to the street...

The phenomenon is not exactly new, but it has been building for months. With sneakers, hoodies, and collaborations of all kinds, the world of luxury has embraced streetwear, with the aim of expanding its targets. From Balenciaga to Louis Vuitton, Chloé, Marc Jacobs, and of course Jeremy Scott, the biggest luxury houses have progressively taken up street fashion, going so far as to send puffer jackets, sneakers, and shiny gold chains down the Fashion Week catwalks.

The phenomenon is such that the signature of some labels is their distinct combination of luxury and streetwear, such as Koché, Vetements, Off-White, Y/Project, Heron Preston, and one of the most coveted, Supreme. The New York-based brand's collaborations with the most prestigious houses are countless, starting with Louis Vuitton, one of the first to take the plunge, whose pieces have sold like hotcakes. Timberland, The North Face, Missoni, Clarks Originals, Nike, and even Jacob & Co... from ready-to-wear to luxury to watches, everyone wants a piece of the famous streetwear brand. And a similar craze can also be seen for Japanese counterpart A Bathing Ape, aka Bape, testifying to luxury's unconditional love for the street.

With a stop on the soccer field

While soccer teams have obviously been teaming up with sportswear brands such as adidas, Nike, or Puma for a  very long time, as well as with high-end brands for their official outfits, they have only recently started getting seriously involved with the world of luxury. This is a relatively new phenomenon but one that's already growing significantly. Not only are the top fashion labels busy designing the suits of soccer stars, they're also hiring them as key spokesmodels, like Kylian Mbappé, who in just a few days became the new darling of Dior and Oakley. And recently, they have even taken on the role of official partners, such as Moncler with Inter Milan.

Of course, even with the pandemic and health-related closures or interruptions, European soccer is still a multi-billion euro industry. And let's not forget either that outside Instagram's official page, Cristiano Ronaldo remains the most followed personality in the world on the social network with no less than 394 million followers while Lionel Messi also counts over 300 million. With more than 65 million followers French player Kylian Mbappé also has something that luxury houses dream about, given that their preferred demographic spends hours and hours on social networks. This taste of the luxury industry for soccer looks set to continue and even increase in the coming months.

Gamers in the making

And if that wasn't enough, the world of luxury now also has gaming controllers in its hands. Just like teenagers! The phenomenon is also recent, and has grown with the pandemic, and the increasing immersion of the younger generations—as well as others—into the virtual world. As a result, Louis Vuitton can be found in "League of Legends," Longchamp and Gucci in "Pokémon GO," as well as Valentino in "Animal Crossing: New Horizons." And that's before mentioning Burberry and Balenciaga who have launched their own games, "B Bounce" for the former, "Afterworld: The Age of Tomorrow" for the latter. But make no mistake, while some artistic directors have gaming in the blood, like Demna Gvasalia, the artistic director of Balenciaga, in luxury it's above all about getting into a universe that Gen Z and millennials know better than anyone else, in order to present—and promote—their new collections, and once again reach a target audience notoriously difficult to win over.

Something that has already led fashion, and more broadly luxury, to embrace a whole new passion, the metaverse. Is it a teenage thing? We don't know yet. These new worlds are still in their infancy, but they may allow us a nostalgic journey back into childhood.