How the corset is shaping up to be fashion's latest trend

After a first, but short-lived, foray into fashion in 2021, the corset now seems to be back on the scene 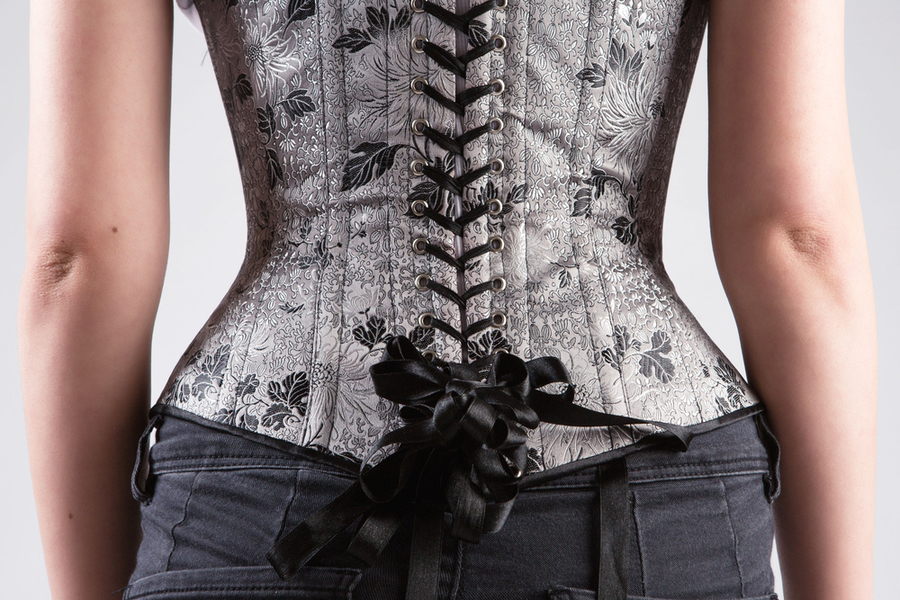 After a first, but short-lived, foray into fashion in 2021, the corset now seems to be back on the scene. Image: Pushba / Shutterstock

Back from the dead in 2021 thanks to the growing influence of TV shows on fashion, the corset could well become a must-have item in 2022. Once considered constraining, even oppressive, for women—a far cry from the body positive and #MeToo movements—the garment now seems to be viewed in a different light, somewhere between emancipation and self-assertion.

The corset first made an appearance in the Spanish court, where its function had nothing to do with the one that women attribute to it today. At the time, it was a question of keeping the female torso straight, upright and tall, apparently making it much more aesthetically pleasing. As such, it quickly became an essential piece of the aristocracy's wardrobe. It was certainly constraining too—although women weren't explicitly aware of it at the time—but it brought that extra touch of presence or authority that high society could ill ignore.

It took decades for women—ever more active—to free their bodies from these useless fetters and rid themselves of this garment once and for all. Or at least, that's what they thought. Who could forget the scene from the "Titanic" movie where Rose (Kate Winslet) is manhandled by her mother, impertinently lacing her corset to further refine her perfectly cinched waist? Who would ever want to force themselves back into this tyrannical accessory?

It only took one TV series—and one style, "Regencycore"—to revive this previously shunned item. Released just over a year ago on Netflix, "Bridgerton" takes viewers into a world of high society during the English Regency era in the early 19th century, once again putting the corset in the spotlight. The effect was immediate, with the historical romance boosting, almost irrevocably, searches for this item of much (female) misfortune. One month after the release of the drama, the global fashion search platform Lyst observed a 123% increase in searches for the category. And that's quite a feat at a time when emancipation and self-affirmation seem to be challenging conventions and diktats in the fashion and beauty sectors.

But the phenomenon quickly faded away, at least in appearance, relegating the corset to the rank of an outdated accessory, at best intended to embellish a daring costume party disguise. In real, day-to-day life, it was more about slimming down your waist, playing with lacing and lingerie pieces—whether under or on top of clothes—than about impairing women's ability to breathe. But that was before the artistic directors of the biggest fashion houses decided, in turn, to propel the corset onto the catwalks. And so the eternal cycle of fashion starts again...

The corset as a symbol of emancipation

In the end, 2021 was marked by the major easing of lockdown and other Covid-19 restrictions—for now, at least—(finally) offering people the chance to go all out with sartorial extravagances. It was goodbye to sweatpants, leggings, hoodies and slippers, as fashion embraced patterns, vibrant colors and pieces that ooze fun. And—  surprise, surprise—the corset seems to have become that accessory that fulfills all expectations in terms of creativity and imagination. It was seen all over the catwalks of the Spring/Summer 2022 fashion shows, where designers made the corset an iconic piece of the season. Weinsanto, Acne Studios and Mugler all presented a revisited version of the corset, giving the world's most prominent personalities the opportunity to bring it back into the spotlight.

But contrary to what the corset used to look like decades ago, this reboot is now being seen as a plaything, even a way to assert and emancipate yourself, emphasizing not a tiny waist, but all body shapes and sizes. From Lourdes Leon to Saweetie through Halle Berry and Lizzo, all have worn corsets wonderfully with no distinction of size, age or social class. It's a way to put forward your self-confidence, and to shun the many diktats that seem to be slowly but surely breaking down.

And that's without counting on the help of an emerging trend called "fairycore," a surprising mashup of fairy and grunge aesthetics. The corset is an integral part of this style that's riding high on TikTok, and is worn here with T-shirts, shirts or blouses, playing with proportions. It's an aesthetic that could well make the corset the must-have piece of this new year.

Tweets by @forbesindia
How the Kremlin is militarising Russian society
'Spiderman: No way home' gets 2nd biggest box office opening weekend ever