Eco-activism has been central to Patagonia's DNA long before large retailers assumed responsibility for their environmental footprint. India needs to go back to its roots of minimalistic living and respect for nature to strengthen sustainability efforts in fashion industry 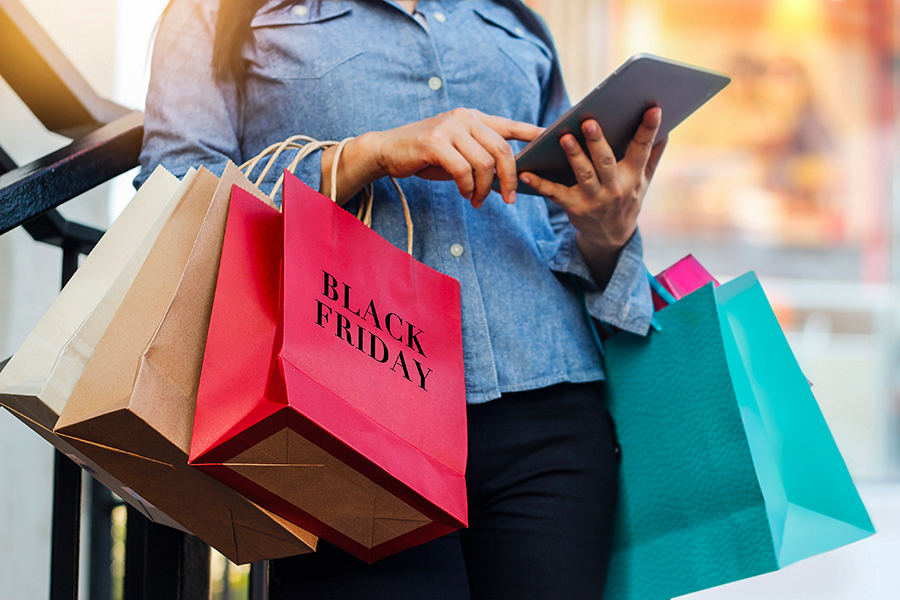 With every passing season, the global fashion industry propagates a frenzied pace of change in trends, feeding on consumers’ insecurities, deliberately making them feel off-trend and out of fashion. The fashion cycle has now shifted from the traditional spring/summer and autumn/winter collections to over 50 new micro seasons. Global clothing production doubled between 2000-2015, while the number of times an item was worn before being disposed of declined by 36 percent.

In India, customer spending on clothing rose by a whopping 181 percent between 2010-2018. The expansion of the middle-class population and growing purchasing power is likely to influence a shift from need-based purchasing to aspiration-based purchasing. This problem of overconsumption is further amplified by lucrative deals offered during shopping events such as the ‘Black Friday and Cyber Monday’ (BFCM) sales, leading to mindless consumerism. While increased consumer spending may appear to power the economy, it has palpably hastened environmental degradation. The immediate environmental costs associated with the global fashion industry include increased wastage and material loss (85 percent of textiles end up in landfills or being incinerated), water-intensive production (10,000 litres consumed to produce a pair of jeans), higher energy consumption (energy used in this industry is more than the aviation and shipping industry combined) and account for about 8-10 percent of the global greenhouse gas (GHG) emissions.

Black Friday: An excuse for overconsumption

There is a considerable history behind the origin of Black Friday. The term ‘Black Friday’ was coined by the Philadelphia police in the 1960s to refer to the clogging of streets that occurred due to chaotic shopping on one Friday between Thanksgiving and an Annual Navy football game. Some believe that it symbolizes the day the US gold market crashed in 1869, the aftermath of which was felt by the US economy for years. Black Friday eventually came to be known as an annual shopping event observed in the US that occurs on the weekend following Thanksgiving and is associated with pre-Christmas shopping. Prices are slashed, with heavy discounts and tempting offers for several brands—both in offline and online stores. Once a blessing for those with limited spending ability, Black Friday soon grew to become an excuse for unnecessary impulse purchasing, accentuating the use-and-throw culture.

BFCM is now a reality in India

While relatively new as a concept in India, the event coincides with India’s festive seasons such as Dusshera and Diwali, when customers are typically on the lookout for the best deals. In the 2021 BFCM sale on Amazon global websites, over 70,000 Indian exporters launched around 52,000 new products across categories—including gadgets, home equipment, appliances, apparel, health, personal care, and so on—registering a 50 percent growth in sales. Indian online fashion retailer Myntra partnered with 3000 apparel brands during this sale. Fast fashion brands such as H&M, Zara, Forever 21, and so on, announced attractive discounts, stoking consumer interest to bump up sales. Premium malls witnessed greater participation from brands during the Black Friday sales, resulting in increased footfalls and higher sales. In India, as in other countries such as the US, the event is more of a desperate attempt to boost sales through aggressive promotional activity by playing on the consumers’ psyche to shop and splurge.

Patagonia has been one of the forerunners among sustainable businesses in the clothing industry. Eco-activism has been central to Patagonia’s DNA long before large retailers assumed responsibility for their environmental footprint. In the 2021 Black Friday event in the US, the outdoor clothing giant achieved a record-breaking $10 million in sales, beating its expectations five times over. Patagonia announced that it would donate 100 percent of its global retail and online Black Friday sales proceeds to underfunded grassroots not-for-profit organisations working on the frontline for environment protection. The campaign was heralded by its customers as a ‘fundraiser for the earth’. This wasn’t the first time Patagonia demonstrated initiative through an attention-grabbing sustainability campaign. In 2011, it pulled off a full-page ad on the New York Times that read “Don’t Buy This Jacket” to address the issue of consumerism by encouraging customers to think twice before buying things they don’t need. In 2020, it launched a new campaign titled, “Buy Less, Demand More” that encouraged customers to buy fewer new things and trade in pre-owned outdoor gear in Patagonia’s brand operated marketplace for secondhand gear, called Worn Wear. The idea was to stir up consumers’ conscience and help them make informed purchase decisions by minimising their impact on society and the planet. They urged consumers to demand recycled and repairable fabric; fair trade practices; the use of organic cotton, hemp, and natural rubber in apparel manufacturing; and so on. With this move, Patagonia hoped to expand the lifespan of their multi-functional quality clothing. In this era of growing mass consumerism, Patagonia’s move was a refreshing take on sustainable fashion. It was a bold attempt at engendering a conversation around the impact that our choices have on the planet.

The Indian apparel market is the sixth-largest in the world, with an estimated value in revenue terms of $59.3 billion in 2022, comparable to the UK and Germany. It is poised to become one of the most attractive consumer markets, driven by several factors, including growing disposable incomes as well as increasing tech-savviness of the population stemming from greater smartphone penetration.

Fast fashion brands have already made in-roads in the country with grave social and environmental impacts. In it, the fast-fashion closet hides abysmally low wages, usage of cheap and toxic materials, inhuman working conditions, massive wastewater and solid waste generation, and material loss, among others. Instead of obsessing over owning more clothes and discarding the old, we need to restore our traditional Indian values of saving and passing on treasured items to the next generation or the under-privileged, and as a by-product of such recycling, preserving precious memories and sentiments. Repair, restore, and refurbish must become part of every fashion brand’s design ethos. According to the Ellen McArthur Foundation, the four circular business models of fashion—resale, rental, repair, and remaking—could be worth $700 billion globally by 2030, constituting a share of about 25 percent of the global fashion market.

Indian couture labels and retail fashion brands such as Anita Dongre, Ekaya Banaras, Doh Tak Keh, The Beach Company, and Vaishali S are among the few that offer repair and refurbishing services. Doodlage and Mrinalini are two Indian ethical, ‘zero-waste’ fashion labels that upcycle local fabric waste to modern styles. However, none of them has gone as far as Patagonia’s campaigns in terms of driving a behavioural change in the way we consume and demand fashion.

Historically, India’s traditions have been rooted in minimalistic living and respect for nature. Global economic integration should not be an excuse for India to move away from its roots in an endeavour to emulate the western formats of business success. Instead, Indian fashion houses could draw inspiration from global avant-gardists such as Patagonia, who are proactively provoking change by beginning a new conversation around sustainable living. Like Patagonia, Indian fashion retail brands must embed environmental and social dimensions into their mission statements and leverage the power of media to mainstream sustainable fashion through advertisements and actions targeted at anti-consumerism and not myopically chase sales growth.

Tweets by @forbesindia
Photo Of The Day: Unique
Trust in the media is at an all-time low around the world