Global food marketplace trends reflect how vegan food could be on track to become a standalone section, just like the gluten-free aisle today 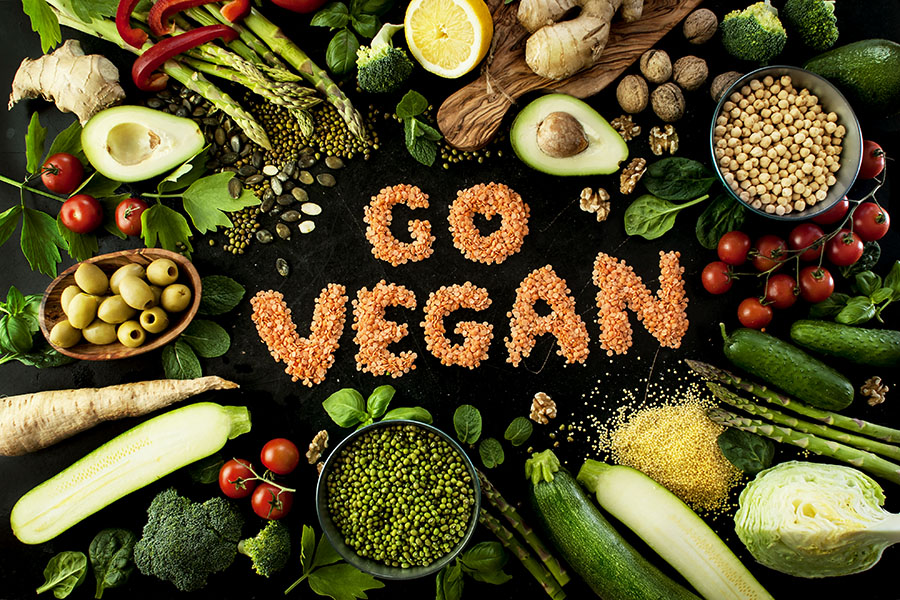 Food manufacturers have been working on alternatives to many of the products that vegans are currently deprived of. Image: Shutterstock

Paris is home to the world's largest wholesale market for fresh produce at Rungis. Now, the French capital has also been transformed into a giant supermarket for the SIAL international food fair, which runs until October 19. Highlighting upcoming trends, this edition of global food marketplace reflects how vegan food could be on track to become a standalone section, just like the gluten-free aisle today. From ingredients and packaging to recipes and even commercial commitments, manufacturers have developed new strategies to shape this growing offer.

Vegans are consumers (almost) like any others. While the Gourmey start-up hopes to treat them to a lab-developed synthetic foie gras by 2024, the companies present at the world's largest food trade show are visibly working to offer vegan alternatives to other culinary classics. In Italy, the De Angelis brand has teamed up with the famous American company Beyond Meat to make vegan ravioli and uses cauliflower to make fresh pasta. Even the nation's prized mozzarella now has a vegan version, made with oats and almonds, according to a recipe from a Swiss company called Züger Frischkäse. Meanwhile, a Danish firm called Leighton Foods is catering for Mexican food lovers by preparing tortillas made with carrots, beet and rapeseed oil.

Indeed, food manufacturers have been working on alternatives to many of the products that vegans are currently deprived of. In Slovenia, for example, there is a vegan honey that the brand Narayan Foods plans to launch next January. Plus, the German brand Veganz uses vegetable and fruit coloring concentrates—notably carrot and blackcurrant—as well as carnauba wax to satisfy candy cravings with products shaped like teddy bears or cola bottles. All such products serve to underscore the fact that brands have no other choice than to find new ingredients in order to widen the range of the vegan offer.

Soy, lentils and peas are already widely used to make plant-based patties free from animal protein. The latest report by the American firm Grand View Research, Inc. predicted earlier this month that the market for vegan products should grow by 10.6% each year until 2030. And the SIAL food fair shows how manufacturers are finding the means of realizing this bright future. They are notably turning to new ingredients, such as varieties of fava beans. Gluten-intolerant people may already be familiar with such foodstuffs, which can be processed into flour, among other things. Next January, the Occitan wholesaler Senfas plans to market its plant-based pâté that reproduces the texture of a classic French pâté de campagne, preferring to use these beans to pork loin and bacon. And the recipe relies on another ingredient that other brands are using to create vegan alternatives: jackfruit. Visible at all Asian markets, this large fruit with its rough green skin has been an age-old alternative to meat. Its fibrous flesh and fruity flavors reminiscent of mango and banana are also used in a barbecue sauce developed by this French company. In Germany, the same ingredient is found in a vegan bolognese sauce developed by LPP Lotao Pack, which unveiled its vegan line last May, including a take on chili con carne that's ready to eat in three minutes.

While gluten-free products have been criticized by several studies—including those from the French consumer magazine 60 Millions de Consommateurs—for their excessive use of additives, vegan products seem to be anticipating this by focusing on natural formulations, without coloring agents, for example. From Peru, where lupin seeds are being used to prepare vegan protein sauces expected on the market in December 2023, to an Italian brand's plant-based meat preparation for bolognese sauce, food manufacturers are making promise after promise to assure consumers that their food contains no preservatives, no GMOs, no coloring agents, etc. Better still, they are proving mindful of consumers' health, developing products rich in fiber, like the Dutch parsnip nuggets that contain 50% vegetables. Some even come boosted with iron and B12 vitamins, like the vegan chorizo (Verday) launched in Spain.

The Dutch brand Brinkers Food is on a mission to deliver pleasure without the sugar guilt by using dates in its vegan spreads. Not only does the range contain 30% less sugar than other vegan products in the same category, but it also uses fair trade cocoa.

To reassure consumers, some manufacturers are turning to transparency. In the case of substitute tuna fillets, March 2023 will see Latvia's Karavela brand distribute cans with an "invisible" lid, through which shoppers can see the firm's perfect replica of the fish. Others are talking up the low carbon footprint of their vegan creations, like cordon bleu alternatives developed by the French brand Kokiriki.

Beyond the vegan offer, which corresponds to a well-defined consumer target, food manufacturers are opening up the field of possibilities by proposing foods suitable for a flexitarian diet—i.e., for those who allow themselves to eat meat or fish from time to time. To reduce their meat consumption, these consumers can cook up a frozen omelette to slip into a burger bun thanks to the Ovoteam brand's creation launched last May. Meanwhile, fans of Asian cuisine can tuck into dumplings, those famous steamed bites borrowed from the Chinese culinary repertoire, made with seaweed and salmon.