How Brazil is feeding the world's appetite for superfoods

From açaí and guarana to Brazil nuts, Brazil has been feeding the superfood trend by bringing many of the country's dietary traditions to stores worldwide 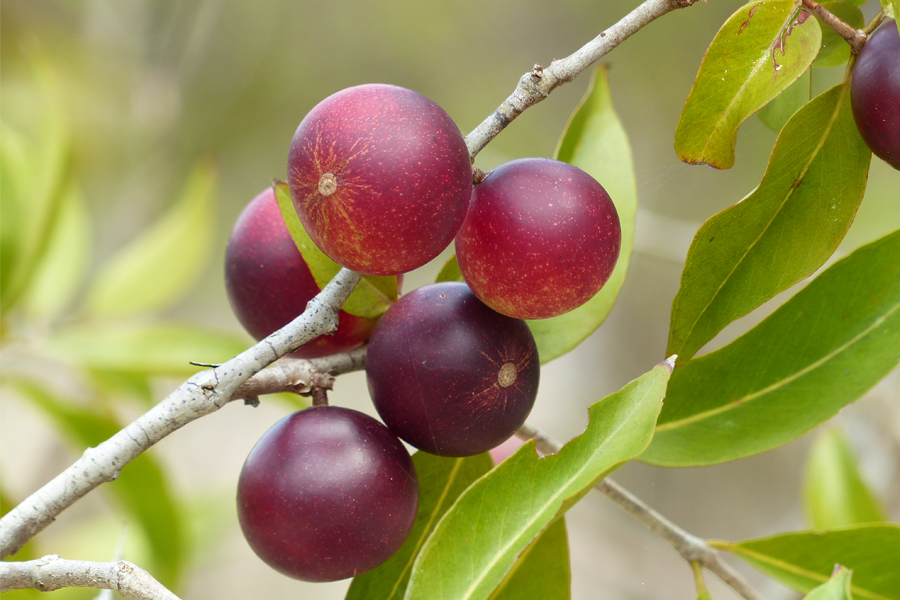 In the spotlight in the run-up to the country's presidential election, Brazil's influence keeps expanding in many fields, including food. From açaí and guarana to Brazil nuts, not only are these ingredients so packed full of nutrients that they're considered superfoods, but all of them happen to hail from Brazil. For the past 10 years, Brazil has been feeding the superfood trend by bringing many of the country's dietary traditions to stores worldwide. And the trend shows no sign of stopping— ever heard of camu camu?

At the end of last winter, scientists in Canada began recruiting patients to participate in the first clinical trial on the surprising benefits of a still little-known berry by the name of camu camu. Indeed, researchers at the University of Montreal's Department of Medicine demonstrated that a compound found in the fruit, called castalagin, could act as a prebiotic and modify the intestinal microbiome, improving the response to immunotherapy in mice with cancer. As such, the consumption of camu camu could increase the proportion of "good" bacteria in the body.

What is camu camu?

This berry looks somewhat similar to a small plum and has a red-green coloring. It is rich in vitamins B1, B2 and B3, and in amino acids. From the same family as guava, its nutritional benefits can be enjoyed in the form of a powder or capsules sold in organic stores. This powder can be mixed into smoothies or juices to boost the immune system, and is typically obtained by drying and grinding raw fruit picked from small shrubs in South America. More precisely, these shrubs grow in the Amazon rainforest. Camu camu contains 20 to 50 times more vitamin C than an orange, with a level said to be at least equivalent to that of another much more famous berry: the acerola. And both share the same country of origin: Brazil. While camu camu can also be found in Peru and acerola in the Caribbean, Brazil has long been putting the fruits consumed by the natives tribes of the Amazon onto the shelves of organic stores, where they are held up as superfoods.

Legally, there's no definition or scientific framework to group together foods with therapeutic virtues or health benefits into a single category. According to the prestigious Harvard University in the US, high nutrient levels, combined with the prevention of certain diseases, are enough to recognize these products of nature as so-called superfoods. Broadly, the concept goes back a long way, to when, in the early 20th century, an American import company was promoting bananas. It then used nutritional arguments to optimize its business.

These days, many of the foods that promise such health benefits come from a country where 60% of the population is overweight. A modern-day paradox, Brazil has been adding to the repertoire of superfoods for the last 10 years. Açaí is undoubtedly the prime example of the success of these Brazilian star foods. This little berry is a must-have in a recipe that's all the rage on social networks: the açaí bowl. The benefits of this breakfast dish were again praised this summer by Kim Kardashian.

Brazil is the main producer of this blue berry—not to be confused with a blueberry—renowned for being packed with antioxidants capable of fighting stress and aging. In juice, sorbet or simply on their own, açaí berries have been available in various forms for several years. At the SIAL food innovation show in Paris, brands that made açaí their hallmark were already looking for sales contracts in 2018. The fruit takes its name from the term "içá-çai," used by Brazil's Tupi people to mean "fruit that cries" because of the drops that slowly flow from the flesh when squeezed. It became an emblem of the superfood trend that still inspires brands to market new food products. Indeed, the next edition of the SIAL show, opening October 15, will build on the theme of superfoods with so-called functional products to compensate for deficiencies. And that's because there's demand among consumers for these kinds of products. According to a Kantar Insights study conducted for the trade show, two thirds of consumers have favored foods to boost their immunity during the period spanning 2020-2022.

By 2027, the superfood market is expected to be worth nearly $215 billion, according to estimates by Mordor Intelligence. Its annual growth is expected to increase by 9.2% over the next five years. How many new ingredients of Brazilian origin will fuel this enduring success? Many of the country's riches have already been discovered. The Brazil nut, for example, is said to be one of the richest foods in selenium, a trace element that helps the thyroid function properly. Brazil is also known for guarana, which the Guaraní people turned to when food was scarce. Today, this plant is favored for its caffeine content and its ability to improve our alertness. Consumed especially in capsules, guarana could even improve cognitive performance.

Tweets by @forbesindia
How congested are Indian cities? Mumbai among world's top 3
Ankit Alok Bagaria at Loopworm on the nascent insect biotech scene in India and the opportunity to tap global markets