What is the Smurfette syndrome that characterises some films and TV shows?

A symptom of sexism, here's a look at what is behind this concept of underrepresentation that is still far too common on our screens 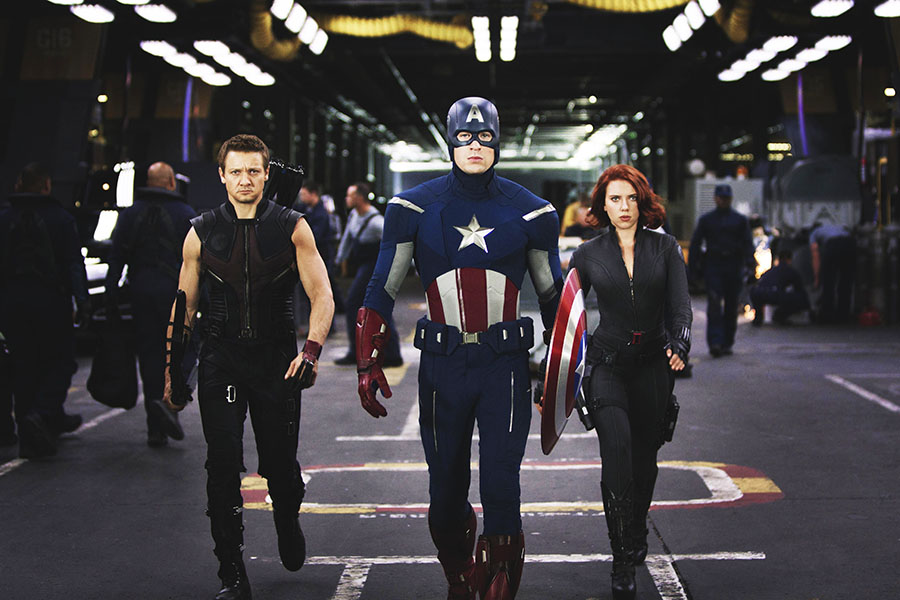 Whether it's "The Big Bang Theory," "Avengers" or "Star Wars," many TV shows have this thing in common: they all suffer from the Smurfette syndrome. A symptom of sexism, we take a look at what is behind this concept of underrepresentation that is still far too common on our screens.

You're probably familiar with "The Smurfs." The small blue characters were first seen in the comic strip created by Peyo in 1958, which would later spawn animated TV shows and films. Fans likely find it easy to name the various male characters whether it's Hefty Smurf, Handy Smurf, Brainy Smurf, Grouchy Smurf and Lazy Smurf not to mention Papa Smurf, but there is essentially only one female character: the famous Smurfette. Unlike the male characters, this character is only differentiated by her gender, without other added value. And of course Smurfette exists only in her relation to the male characters. She represents a kind of traditional feminine ideal: beautiful and kind, a figure that all men are in love with. It is this principle that Katha Pollitt, an American essayist and feminist, theorized with the Smurfette syndrome, in the newspaper The New York Times in 1991.

Politt evoked this theory to denounce the fact that many casts include only one female role among a multitude of male roles, whether in films or on television. These fictional works reduce the female character to sexist stereotypes, lacking depth. An example can be seen with the character of Penny in the series "The Big Bang Theory." Played on screen by Kaley Cuoco, Penny is nothing more than the next-door neighbor of the two main male characters. Unlike those characters, Leonard Hofstadter and Sheldon Cooper, her last name has never been revealed. The audience first meets her after Leonard's character falls in love with her. Regularly portrayed as taking advantage of her male neighbors' money, hospitality and food, Penny's character is a hodgepodge of various gender stereotypes. Compared to her scientific neighbors with superior intelligence, Penny is seen as far more ignorant and frivolous.

This difference in treatment can also be seen in the films of the "Avengers" saga through the character of Black Widow, played by Scarlett Johansson. "The message is clear. Boys are the norm, girls are the variation; boys are central, girls are peripheral; boys are individuals, girls types. Boys define the group, its story and its code of values. Girls exist only in relation to boys,"  explains Katha Pollitt.

The cartoonist Alison Bechdel also highlighted this sexism and underrepresentation in fictional works in her comic strip "Dykes to Watch Out For" published in 1985. In one of the bubbles, one of the female characters indicates that she will not watch films if they do not meet three criteria. This Bechdel test is based on three questions to ask yourself to determine if a piece of content corresponds to the Smurfette syndrome: Are there two women or two female characters in this work? Are they talking together at any point? Do they talk about anything other than one of the male characters? If these three questions are positive, then the work in question passes the Bechdel test.

The website bechdeltest.com lists films according to these three criteria. To date, 9802 films have been submitted to this test: 11% failed the three questions while 57% passed all three.

While many film studios are paying greater attention to the representation of women on screen, as in the latest "Black Panther: Wakanda Forever" or "The 355," films such as "Blonde," the  Marilyn Monroe biopic starring Ana de Armas and released on Netflix in 2022, and "Elvis," awarded the Golden Globes 2023 for Best Actor in a Dramatic Film for Austin Butler, have both failed the test.

Tweets by @forbesindia
International tourist arrival should reach near pre-pandemic levels in 2023: UN report
Yamini Bhat and Venkat Malladi on learning as founders, 140 pct NRR, and the next phase of growth at Vymo