When TV shows send yesterday's hits racing back up the charts

The fourth season of "Stranger Things" has recently brought Kate Bush's song "Running Up That Hill (A Deal With God)" back to the forefront. And it's not the only show to send a song from yesteryear racing up the charts 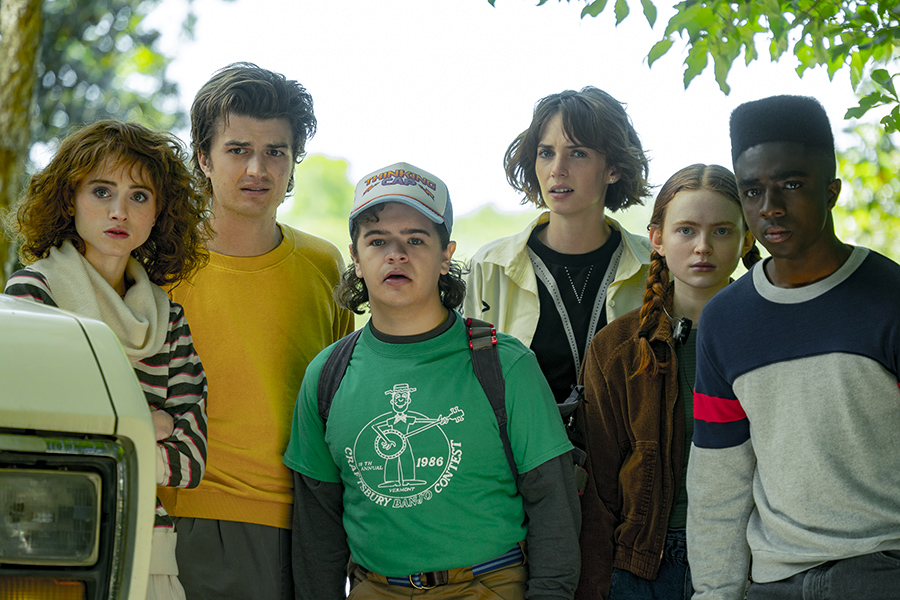 We all know that TV series can be major sources of influence. Whether in fashion or beauty, shows launch all kinds of trends, including in the world of music. The fourth season of "Stranger Things" has, for example, recently brought an old '80s hit back to the forefront. And it's not the only show to send a song from yesteryear racing up the charts.

"Stranger Things" continues to break records. And freshly released on Netflix, the fourth season of the sci-fi series is already setting new trends. This time around, the series starring Millie Bobby Brown has given Kate Bush's song "Running Up That Hill (A Deal With God)" a new lease of life.

On Spotify, listens to this 1985 classic jumped 8,700% worldwide between May 26 (the day before the new season was released on Netflix) and Monday, May 30. In the United States, streams even increased by 9,900%. A success that helped "Running Up That Hill" rise to second place in the US top 50 chart on Spotify, and fourth place in the global top 200.

The song features in a scene from the first episode of the new season, in which the character Max Mayfield, played by Sadie Sink, listens to the song on her Walkman.

"It's incredible to watch iconic songs get rediscovered and have global moments with new listeners," Spotify's global head of music, Jeremy Erlich, told Billboard. "'Running Up That Hill (A Deal With God)' is one of those 'perfect storm' examples. It's a classic song that has been introduced to a wide fandom and has now taken on a whole new meaning," he added.

"It's remarkable to see how the reaction to Kate's song has engaged new and old fans alike, and has also transcended generations—37 years later!," said Netflix's director of music/creative production for series, Alexandra Patsavas, quoted by Billboard.

Since the release of "Stranger Things" season four, "Running Up That Hill" isn't the only Kate Bush song that has enjoyed a boost, as listeners appear to be delving into her entire back catalog. According to Spotify, global streams of the artist's full catalog are up 1,600%.

It is not the first time that a series has helped new generations discover hits from previous decades. In their day, "Mad Men" and "Glee" also revived classics by The Beatles or Journey, with their 1981 hit "Don't Stop Believin'." More recently, Cascadeur's song "Meaning," from 2011, has benefited from renewed interest thanks to the hit series "Lupin," starring Omar Sy.

The second season of "Bridgerton," again on Netflix, featured covers of songs like "Stay Away" by Nirvana or even Madonna's "Material Girl" in classical versions. This kind of success can also spill over onto TikTok, driving new trends on the platform. Kate Bush's "Running Up That Hill" has become one of the most popular sounds on the Chinese social network.

Movies can obviously have the same effect too. For example, when "The Batman" with Robert Pattinson was released last March, it sent streams of Nirvana's "Something In The Way - Remastered" soaring.

Tweets by @forbesindia
Photo of the day: 22 and counting
Dissecting India's gaming pie