Can oat be the moat that Marico needs to build to give 'Saffola Oodles' a remote chance to make a dent at 'Fortress Maggi'? 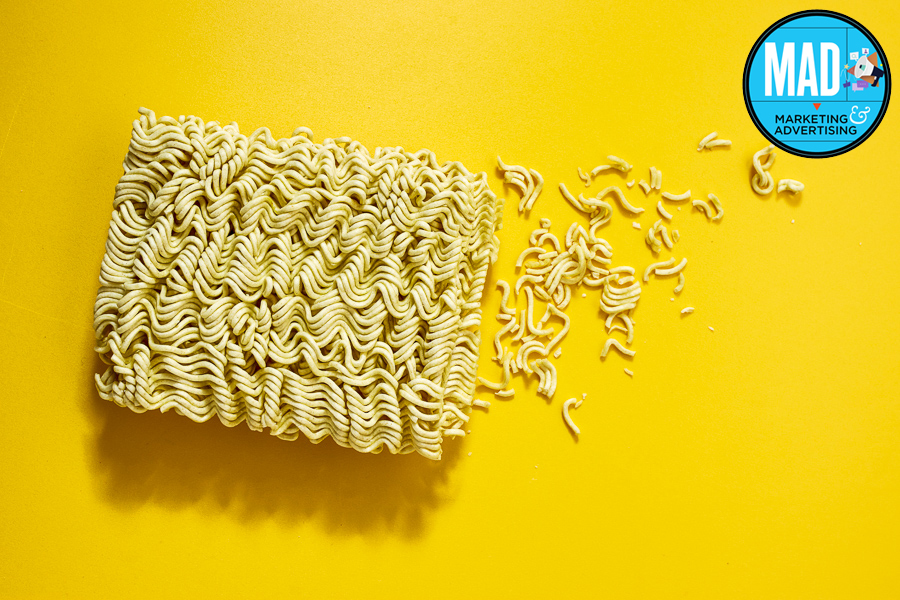 You can’t take on Maggi with a Maggi. Reason: There can’t be another Maggi. So what does a challenger brand do? Simple. It has got two weapons in its armoury. First is to clearly differentiate itself from the leader—both in positioning and product—so that the fledgling brand doesn’t wilt under the heat of the biggie.

Marico—better known for cooking and hair oil brands (Saffola and Parachute, respectively)—has entered the noodles segment by rolling out oat noodles under the brand ‘Saffola oodles’. The FMCG major, for sure, has smartly covered its Oodles brand by keeping it at least three minutes away from Maggi. Look at the positioning of Oodles: Ready in ‘five minutes’, which makes it different from Nestle’s Maggi, which owns the ‘two-minutes’ space. Another layer of contrast is the shape. Oodles comes in ‘rings’, so again a different product from Maggi.

The second weapon for a challenger brand is not to hit the leader directly. From ITC (Yipee) to Nissin (Top Ramen) to you name anybody, so far nobody has managed to challenge the dominance of Maggi, forget dislodge the leader. Marico knows the history, which explains the smart move to roll out ‘oat’ noodles. It helps in two ways. First, seamless extension of the Saffola brand, which is already into oats, into noodles. And second, ‘oats’ helps Saffola in building a niche around ‘healthy’ offering and take on ‘aata’ and other variants of Maggi rather than the mother brand.

No wonder, Marico is happy with its game plan. “Since the launch of Saffola Masala Oats, Saffola has become a mainstay in the ready-to-eat snacking market in India,” claims Koshy George, chief marketing officer at Marico. Saffola Oodles, he lets on, champions the healthy indulgence narrative in the instant noodles category. “Made from wholegrain oats, Oodles comes in masala flavour and does not contain maida or artificial preservatives,” he says. The launch, George underlines, seeks to meet the rising consumer need for healthier snacking options that are tasty as well.

Food experts, though, reckon that Saffola Oodles has the ‘health’ card loaded in its favour rather than the taste. Noodles, they reckon, is an indulgence category. Consumers of noodles are primarily looking for taste rather than any other thing. Healthy noodles is an oxymoron as heathy samosa, which also has its baked avatar but no takers.

“Based on their messaging, Saffola Oodles seems to have given precedence to health as opposed to taste,” says KS Narayanan, a food and beverage expert. The brand is targeting the niche segment of health-conscious consumers as opposed to simply wading into the Maggi promise of taste and convenience. With Saffola marketing towards a relatively small segment of the instant noodles market without going mainstream, and coming up against a well-established household name like Maggi, Oodles will have a challenging task in establishing its name. Maggi would certainly ensure every turf is protected. “The original Maggi noodles, along with all their variants, are ready in just two minutes,” he adds.

What has helped Maggi lord over the noodles market is positioning itself on the premise of convenience (two minutes) and taste (masala catering to local taste buds). Though over the years, the brand has attempted to add a health quotient by incorporating atta, oats, dal/lentils, vegetables and even spinach, the tagline continues to be ‘Taste bhi, Health bhi (Taste as well as health)’. “Taste still dominates and takes precedence over health in the tagline,” says Narayanan.

Marico, clearly, doesn’t want to wade into the taste game. Then what does Marico want to achieve with its niche play? Jessie Paul decodes the moat of oat that Marico is building. “Though Oodles won’t be able to dislodge the market leader, even 1 percent of a rapidly increasing pie will be sufficient to build the business,” says chief executive officer of Paul Writer, a marketing advisory firm. For Saffola, Oodles is a way to expand its offerings and increase shelf-space, and get more clout with online portals. Oats has been clearly positioned as a healthy option in the minds of Indian consumers. Oodles, she lets on, is a way to extend its appeal to a younger time-pressed audience. The claim of ‘no maida’—again the Indian consumer has been taught that this is a ‘bad’ ingredient—is a good positioning. “Given Saffola’s core position of health, the oats platform extensions are likely to be successful,” she explains.

Clearly, Marico knows that Oodles is oats, but noodles definitely is Maggi.

Tweets by @forbesindia
Germany, once a model, is swamped like everyone else by pandemic's second wave
Forbes India Tech for Sustainable Future Series powered by Capgemini: The 5G and Edge Computing era