Recreating royalty on cakes and bakes 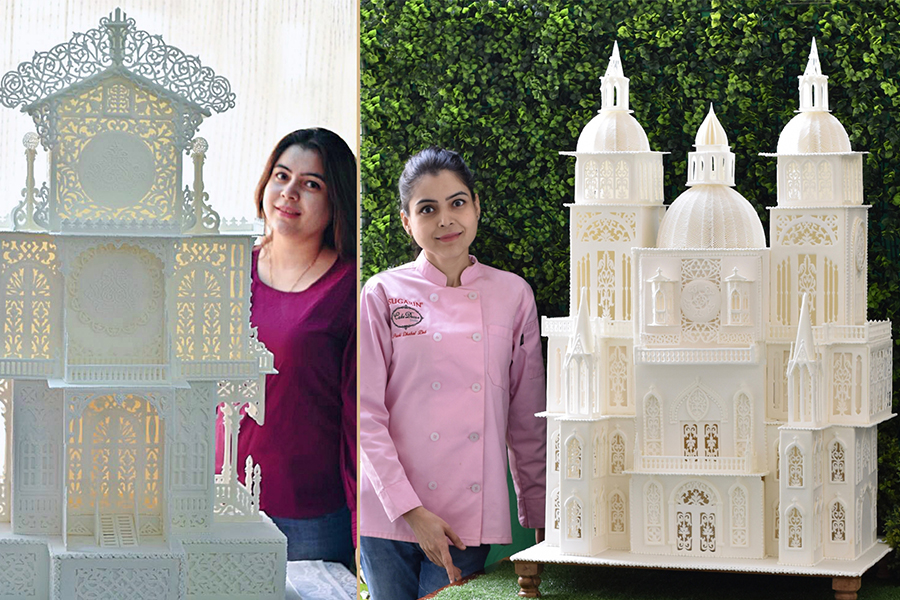 A former financial analyst by profession, Prachi Dhabal Deb, who is a multi-award winning cake artist based in Pune, India, found her calling in baking and thus, decided to turn it into her profession. Trained under the renowned artist Sir Eddie Spence MBE—known for some magnificent bakes for the British Royal Family—she has brought justice to her art by baking cakes and cookies in the most creative fashion. Her work is crisp and precise thanks to her keen eye for detailing. Cakes are no more just about delicious taste but also about the beauty that can be admired before indulgence. ABOUT HER WORK

She has mastered the art of creating royal-looking, luxurious bakes, which are majestic in their appeal and delicious in taste. She can be rightly called the queen of royal icing and her designs would justify the same. Starting her journey in 2012, Prachi has come a long way with her work not only being recognised but also appreciated at both national and international levels. Her work has also been featured in various national and international books, magazines, and on television. Taking inspiration from architecture and clothing designs from around the world, Prachi has incorporated the essence and elements of floral arrangements, delicate embroideries, Mughal and European architectures and contemporary designs on her cakes. However, her art and talent display are not limited to cakes alone; she has mastered the art of recreating paintings, embroideries, and architectural elements on cookies and cupcakes. Her deft execution of the thin but evenly spaced strings of royal icing extension work is an epitome of perfection par excellence. To add to everyone’s delight, one of the highlights is that she uses a self-developed and 100% vegan royal icing. Understanding the customer base in India, she knew that to have maximum admirers of her art, she will have to make eggless cakes and royal icing, thus she came up with her own product Vegan Royal Icing in association with Sugarin—the same is available across popular online platforms. Starting as a cake decorator, she feels that she was fortunate enough to have trained under some of the best artists in the world and her journey has been as sweet as the royal-icing.

FEATHERS IN THE HAT: Felicitated with the Royal Icing Award at Cake Masters Awards, Birmingham in 2019. Awarded as one of the Top 10 Cake Artists of India, 2017 and 2018 by ‘Cake Masters Magazine’ Also, Listed as finalist for Royal Icing Category in 2017 and 2018; and Best Magazine Cover category in 2017, Cake Masters Awards, UK and Serving as Country Manager (India) and an Official Judge for Global Sugar Artists Network. She has also Been on the judges panel for Indian Cake Awards, Honoured as one of the Most Influential Women in the Year 2019 by Brij Bhumi Foundation, She has also Received the Best Internationally Known Cake Artist Award by India Excellence Awards. Disclaimer: The views, suggestions and opinions expressed here are the sole responsibility of the experts. No Forbes India journalist was involved in the writing and production of this article.

Tweets by @forbes_india
Spreading greenery with joy
Life in portraits