With nearly three decades of surgery experience including a decade long experience precisely in hair transplantation, Dr. Krishan Kumar Arora, CEO and Owner, Satyam Hair Transplant, has been successful in helping people regain their confidence, which they had lost with falling hair; Website: satyamhairtransplantindia.com 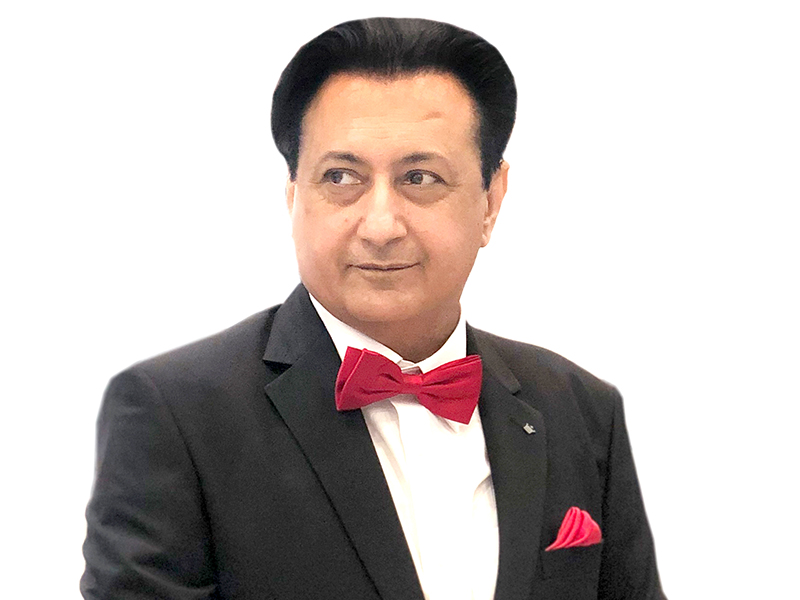 Born in Rajpura, a small town in Punjab, Dr. Krishan Kumar Arora completed his schooling there. Following which, he pursued MBBS training from Government Medical College and Hospital, Patiala in the year 1986 and further obtained his M.S. General Surgery degree from Gandhi Medical College, Bhopal. He finally did super specialisation in the field of Plastic Surgery from Tver State Medical University, Russia. OPPORTUNITY IN REALITY Lifestyle choices, hormonal imbalance or stress—baldness and a receding hairline often come across as a major factor responsible for lack of confidence and inferiority complex in men and women. Sharing his own example, Dr. Arora said, “I had myself been struggling with balding since a long time and had tried many remedies in vain. I happened to accompany my wife during one of the Aesthetics Conferences being held in Tamil Nadu. It was then, that I learned about the upcoming field (technique) of Hair Transplant. The idea of transplanting one’s own hair from one part to another which could then live and grow as naturally as before fascinated me. Having found a permanent solution to the problem, I researched about the procedure and decided to get formal training in Hair Transplant Surgery from Stockholm, Sweden.” Proud to be one of the pioneers in this field in India, he is now successfully running his own hair restoration center in Ludhiana called Satyam Hair Transplant. A member of I.S.H.R.S (International Society of Hair Restoration Surgery) and A.H.R.S. (Association of Hair Restoration Surgery, India)—his clinic boasts of 80% of the clientele being non-resident Indians, with world-class treatment in a state of the art Operating Room well equipped with the most modern facilities. Dr. Arora said, “Rising in my profession (while also providing for my family) with the limited resources I had, and little to no foothold in the medical and surgical community, gaining recognition, and building a patient base from scratch in a new city, were the biggest challenges as well as a real struggle. However, I feel working day in and day out has helped me fulfil my ambition.” Quitting a well paying job as an Assistant Professor of General Surgery at Dayanand Medical College and Hospital, Ludhiana and starting a private practice in General Surgery was the biggest risk that he thinks he had ever taken. Further he says, “With an established practice in General Surgery, an even greater risk was when I decided to pursue further training in Plastic Surgery and Hair Transplant and opened my own Hair Transplant Unit. I believe that it is absolutely essential to keep yourself updated in your field and be bold enough to implement a new idea.” “LOVE WHAT I DO, DO WHAT I LOVE” “The best part I like about my profession is having the privilege to perform a surgery that gives “years” back to the patient and brings their self-esteem back. There are people who want to excel in their careers like the ones from the entertainment industry and always look young, confident and presentable like the ones working in civil services. Then there are people who just wish to maintain their looks. I help them all achieve or get what they aspire for,” said a happy and content Dr. Arora. CAREER HIGHLIGHTS: WBR Corp Global Business Award presented by Mrs. Madhuri Dixit in Mumbai, 2019  and ‘Dainik Bhaskar’ Legends of Ludhiana awarded by Union Minister of India Mr. Som Prakash, Ludhiana, 2019 . Also won Best Hair Transplant in North India at Global Choice Awards Excellence in Healthcare awarded by Mr. Jackie Shroff, New Delhi, 2019. Disclaimer: The views, suggestions and opinions expressed here are the sole responsibility of the experts. No Forbes India journalist was involved in the writing and production of this article.