I Passed On the Rescue Tank 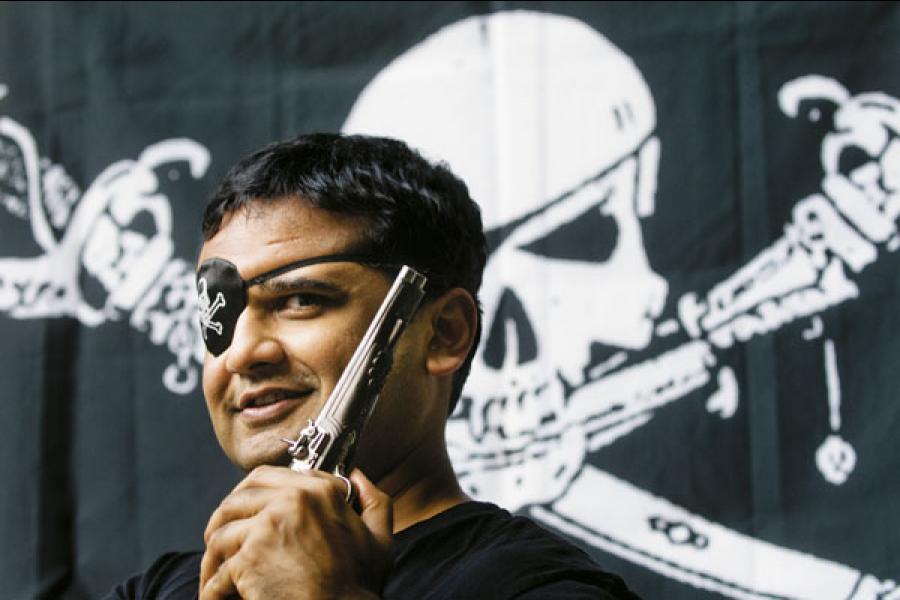 India never happened. For 12 years we’ve been waiting at the station for the train to come, but there’s no train. One of the biggest disappointments in India has been that the technology industry is so large: Software, services, etc. But we’ve not been able to wire up our own country which is really frustrating.

That was why it was a conscious effort not to be just an Indian player. With games2win, we said, ‘Gaming is never going to be an India play, it has to be a global play.’ So we started going behind brand owners like Yahoo, Viacom saying, ‘Look at this dress-up game. It is not an Indian dress up game. So don’t worry about it.’ They liked it and they took it up. But then our games were lifted up by Web sites from all around the world. The content we’ve placed on one site, games2win.com has today been copied illegally on 9,822 sites. Those sites would have damaged and shut my business down very fast.

That’s why we took the decision to develop Inviziads. Inviziads is placing invisible ads on our games that become visible when moved to a different IP. So whenever people play our games on other Web sites, these ads pop up and we redirect all the traffic to our sites. China, Eastern Europe, Brazil, Turkey, Russia, South America are some of the major pirates.

Inviziads is the cornerstone of our success. Now we are saying why only 9,822 sites, why not 98,222? Because the bigger the steals the more the Inviziads invasion. We are able to geo-target, IP target and time target. And all the banners come back to us.

But we weren’t always this well placed. In fact during the dotcom bust in 2000, we only had cash reserves for two months. And this wouldn’t have been the case if I had hadn’t acted stupidly. We had a deal with GE for Rs. 15 crore. This was just before the bust. Then the GE guys took a look at the term sheet and said, ‘Everything that we’ve put out, reduce it by 30 percent.’ Young, reckless, egoistic entrepreneur that I was, I went ballistic. I was like, ‘You are GE, why can’t you live up to your word?’ I didn’t understand GE didn’t want to live up to their word because it was a stupid world outside. I was so stupid man! That one mistake kept me away from America for eight years. And then the bust happened. I had a tank that was out to rescue me but I passed it on. After that term sheets dried up. No one was there in the market. We had cash only for two months. We didn’t know what to do. The VCs themselves were in big trouble. I didn’t realise that.

If Krishna and Rama are my Lords, I always turn to them for help. I never think that Krishna himself is in trouble. At that time Krishna and Rama were having even worse days than me. Renuka Ramnath [from ICICI Ventures who has invested in games2win] was very philosophical in telling me, ‘Fall down so that you can learn to stand up.’ But she was also constrained.

What we did and what changed our fortunes were our clients. GK [Gopal Krishna] who was the cofounder, deserves the credit for the idea. He said, ‘Alok, we’ve been looking in the wrong direction. Take a look at this list [of clients]. Every guy there is more than a VC. They have the money.’ We went on a massive, massive carpet bombing of saying I’ll do anything for you but I need your business. Get me billing, get me billing. And it worked. Clients like Pepsi, Coke and Nestle who had worked with us continued to give us business. After this incident, we’ve never had to raise money in India again.

Another bad episode in my life has been mobile2win China in 2006. I had founded the company, but I had given up operating control. I had not been able to migrate my shareholder interest to investor control. My operating team said we don’t need Alok; my investors — including Siemens — said wow, he has no rights, let’s screw him. I fought tooth and nail to keep those shares, but I lost. They bought me out and I became a dollar millionaire in that transaction. And then it was destiny. The whole mobile VAS space in China went bust. Today if I sold the shares I would not get Rs. 40,000. I learnt that you should either operate or be an investor in a company. Don’t be midway.

It’s been 12 years and I’ve not lost the excitement. I still get excited when I hear a new idea. However, I have become more sceptical about jumping on to a new idea than I was.

We bought a software from Korea, an MPOG [multi-player online game] called CT Racer. Gaming is a big format in Korea and China. We were like India-China bhai bhai. Why should it not work here? So we spent almost a crore in getting that software, another 50 lakh in promoting that. It failed because in India you have five movies releasing in a week. Why the hell will I sit in a dark cellar and play a shit game? In China, media is controlled, so you have to do what you want inside.

Then we also took dumb charades on to the Internet. Everyone plays dumb charades, why can’t you play it on the Web? We play because we know each other and its fun to take a shot at what you are doing. But when you put it on the Web it disconnects friends. It became anonymous. Nobody wanted to play. It’s such a simple insight but how dumb were we.

In 1998, brands just wanted an association with the Internet. We were the last slide before the ‘thank you’ on corporate PowerPoints. Today, we are definitely on slide two or three. Back then, brands used to pay me Rs. 10,000 for a campaign, asked me no questions and I used to get a free coffee when I used to visit them. Now they pay Rs. 10 lakh, ask me 100 questions, and they may not give me a coffee. Accountability of this medium has gone up very significantly. Don’t click, doesn’t work. It’s a punishing medium.