What Mad Over Donuts Learnt from India

For Tarak Bhattacharya, COO of Mad Over Donuts, the size of stores is not important. Engaging the customer is 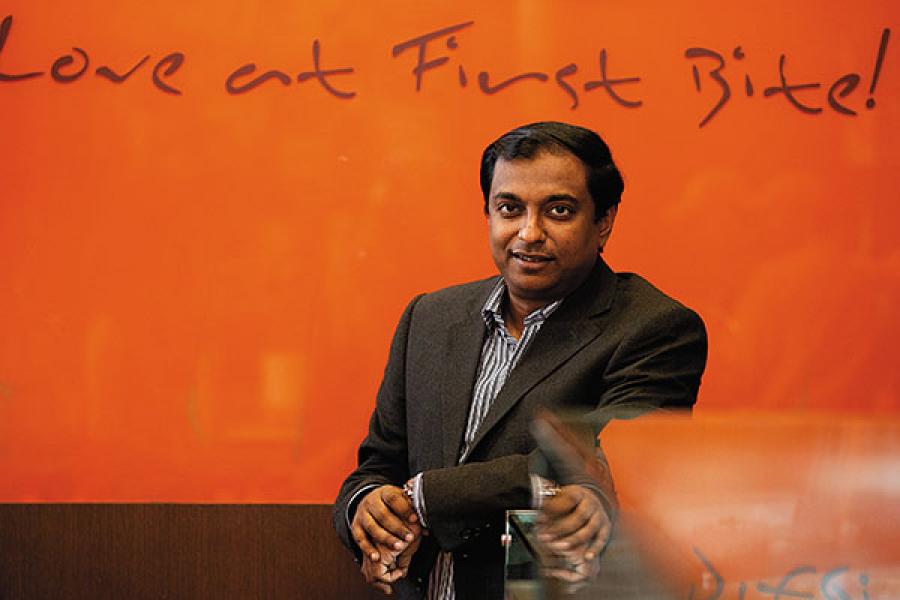 Image: Prasad Gori for Forbes India
You can have a great product or service, but the bottom line is you have to engage the customer

Tarak Bhattacharya
Age: 38
The Challenge: To create a pan-Indian brand from scratch
The Achievement: Has turned MOD into one of the most profitable doughnut chains in the country
How He Did It: Fly under the marketing radar, invest well in the product, keep customers engaged and open small stores in the country


India wasn’t one of the markets we had originally wanted to enter. We were looking for markets like Vietnam, Thailand, the UAE. But we thought that India had potential as there was a mass market and there was no one in the country in the doughnut sector; so the first-mover advantage was there.

Back then [in 2008], it was difficult to launch a product that didn’t have a product category. Doughnuts were available, whether in a bakery shop or coffee shop, but in very small part. You saw three or four doughnuts were being sold in any coffee shop, if you took an average.

It was difficult to start with, but as an organisation and board, we thought let’s do a niche category first. So initially, in the first 24-30 months, we didn’t open so many stores. We tested the market. For example, doughnuts were not given hot to the customer, it was a cold dessert basically, but people said no, doughnuts should be hot because the Indian palate is like that. That was a challenge to say doughnuts have to be eaten hot in India. It was a challenge we faced and overcame.

Then, there was the problem of getting a place. Obviously, as a newcomer in this country, who took us seriously? But after we got about three to six outlets, people recognised us and found us interesting as a product and as a brand. And then, I think, we grew in the last 15-18 months, triple the size, and now, we’re at 46 stores.

We have never said we will open 200 shops on day one. We wanted to open stores, how many, we didn’t know. So we opened three to five and realised the potential. People accepted the product and the brand and then we went all out.

We’re not playing the equity game for sure. We want to expand; maybe not 500 outlets, but we will do 125 and then expand not in this country, but into the countries we originally had planned: Vietnam and Thailand. Next financial year itself, we are going to expand beyond India.

SIZE DOESN’T MATTER
In the last 12 months, we’ve invested in our people and in a huge ERP [Enterprise Resource Planning] technology to be prepared to take over the market. I think the base is now there for us to go ahead. We’re confident about it, that’s why we don’t open a 3,000 sq ft store like Krispy Kreme’s [in India]. We are averaging 335 sq ft per store. Our mother kitchen is 670 sq ft on an average. We also have a 140 sq ft store: It’s one of our most beautiful stores. It’s at R City [in Ghatkopar in Mumbai] and is doing very well. The first three years taught us this: Open big stores and die. Open nice smaller stores and stay in business.

With more international players coming, it is a welcome sign. This will only take this segment from a niche to a mass brand. Then you make a lot of money and India is the place to be.

A HIT ON FACEBOOK
People tend to lose interest in you, like the Indian cricket team. So you have to do something to keep the interest going. In this country, people have money, they understand taste, they have travelled abroad, they’ve been to Krispy Kreme and Dunkin’ Donuts; so they start comparing. I come from Barista, and I’ve seen it grow from store 2 to store 220. The company has not realised what it is doing. You can have a great product or service, but the bottom line is you have to engage the customer.

We have done that, but not through either above-the-line (ATL) marketing, like advertising through mass media, or the more direct and niche below-the-line (BTL) marketing. Instead, we have a huge following on Facebook [more than 5 lakh] and Twitter. We have our own database of 1.5 lakh, and we engage them. We’re lucky they tell us what we’re doing right.

We talk to the customer more than anything else, so our learnings in terms of food have been that people wanted doughnuts heated up. They also wanted savoury. Twenty percent of doughnut sales come from savoury items. We don’t have ATL/BTL spends. We spend on internal campaigns like hi5 to celebrate five years in India or we usually do a festival every five to six weeks. On an average, any other retailer spends 4 to 5 percent of the sales budget in marketing, but we spent just about 2.5 percent last year.

Tweets by @forbes_india
Did Infosys Get it Wrong with its 3.0 Strategy?
Atop Mount Everest: A Climber's Account of Scaling the Highest Peak