Whether the summer of '82 represented the gentrification of cinematic sci-fi or its artistic apex, the genre's synthesis of spectacle and sociology had been underway for some time 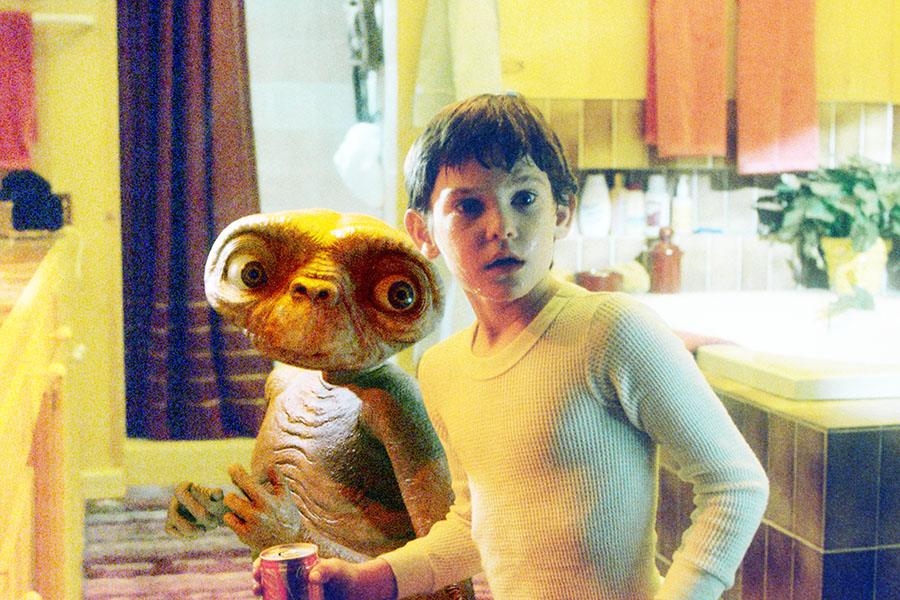 Henry Thomas on the set of "E.T.". Image: Sunset Boulevard/Corbis via Getty Images

At the end of Christian Nyby’s 1951 sci-fi chiller “The Thing from Another World” — about an Arctic expedition whose members are stealthily decimated by an accidentally defrosted alien monster — a traumatized journalist takes to the airwaves to deliver an urgent warning.“Watch the skies,” he insists breathlessly, hinting at the possibility of a full-on invasion in the final lines. “Keep looking. Keep watching the skies.”This plea for eagle-eyed vigilance suited the postwar era of Pax Americana, in which economic prosperity was leveraged against a creeping paranoia — of threats coming from above or within. The final lines of movie were prescient about the rise of the American science-fiction film, out of the B-movie trenches in the 1950s and into the firmament of the industry’s A-list several decades later.
The peak of this trajectory came in the summer of 1982, in which five authentic genre classics premiered within a one-month span. After its June 4, 1982, opening, “Star Trek II: The Wrath of Khan,” set an unexpected record by grossing about $14 million on its first weekend. Seven days later, Steven Spielberg’s “E.T.: The Extra-Terrestrial” debuted to $11 million but proved to have stubby, little box office legs, eventually grossing more than half a billion dollars worldwide. June 25 brought the competing releases of Ridley Scott’s ambitious tech-noir thriller “Blade Runner” and John Carpenter’s R-rated remake of “The Thing,” visions several shades darker than “E.T.”; both flopped as a prelude to their future cult devotion. On July 9, Disney’s technologically groundbreaking “Tron,” set in a virtual universe of video-game software, completed the quintet.

Not all of these movies were created equal artistically, but taken together, they made a compelling case for the increasing thematic flexibility of their genre. The range of tones and styles on display was remarkable, from family-friendly fantasy to gory horror. Whether giving a dated prime-time space opera new panache or recasting 1940s noir in postmodernist monochrome, the filmmakers (and special-effects technicians) of the summer of ’82 created a sublime season of sci-fi that looks, 40 years later, like the primal scene for many Hollywood blockbusters being made — or remade and remodeled — today. How could five such indelible movies arrive at the same time?Whether the summer of ’82 represented the gentrification of cinematic sci-fi or its artistic apex, the genre’s synthesis of spectacle and sociology had been underway for some time. Following the pulp fictions of the ’50s, if there was one movie that represented a great leap forward for cinematic science fiction, it was Stanley Kubrick’s epically scaled, narratively opaque 1968 film “2001: A Space Odyssey,” which not only featured a massive, mysterious monolith but also came to resemble one in the eyes of critics and audiences alike.Also read - Marvel's 'Doctor Strange' tests appeal of movie 'multiverse'
The film’s grandeur was undeniable, and so was its gravitas: It was an epic punctuated with a question mark. Almost a decade later, “Star Wars” used a similar array of special effects to cultivate more weightless sensations. In lieu of Kubrick’s anxious allegory about humans outsmarted and destroyed by their own technology, George Lucas put escapism on the table — “a long time ago, in a galaxy far, far away” — and staged a reassuringly Manichaean battle between good and evil, with very fine aliens on both sides.The same year as “Star Wars,” Spielberg’s “Close Encounters of the Third Kind” rekindled the paranoid alien-invasion vibes of the ’50s with an optimistic twist. The film had originally been titled “Watch the Skies” in homage to Nyby’s classic, but it was an invitation to a more benevolent form of stargazing: Its climactic light show was as patriotic as Fourth of July fireworks, with a distinctly countercultural message worthy of Woodstock: Make love, not war (of the worlds).What united “Star Wars” and “Close Encounters,” beyond their makers’ shared sense of genre history (and mechanics), were their direct appeals to both children and the inner children of grown-ups everywhere. In The New Yorker, the influential and acerbic critic Pauline Kael carped that George Lucas was “in the toy business.” Like the scientist at the end of “The Thing From Another World,” she was raising the alarm about what she saw as a powerful, pernicious influence: the infantilization of the mass audience by special-effects spectacle. 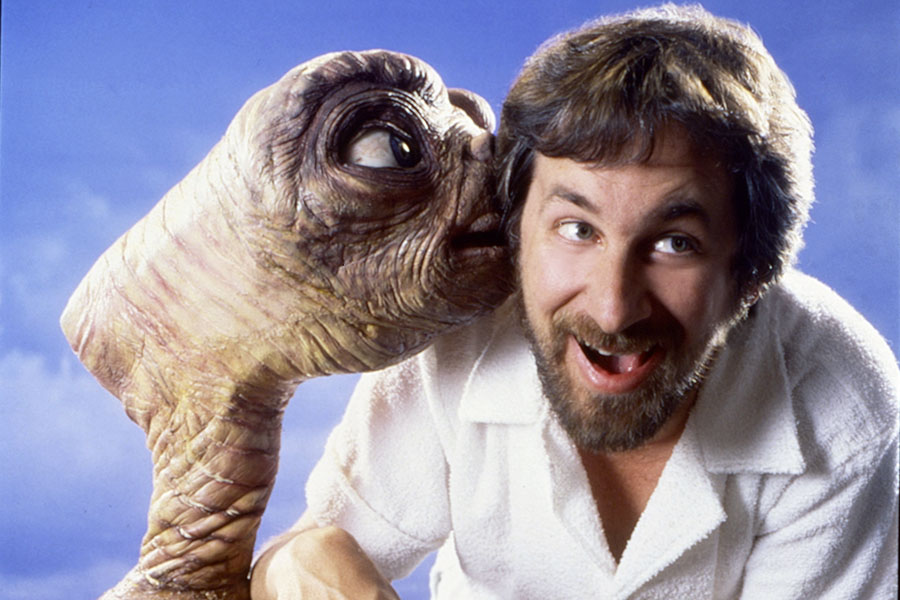 Los Angeles - CIRCA 1982: E.T.: The Extra-Terrestrial and Steven Speilberg poses for a portrait in Los Angeles, California. Image: Aaron Rapoport/Corbis/Getty ImagesYet even Kael submitted to the shamelessly populist charms of “E.T.,” which she described as being “bathed in warmth.” She wrote that the film, about the intimate friendship between a 10-year-old boy and a benign, petlike thing from another world, “reminds you of the goofiest dreams you had as a kid.”With its opening images of flashlights cutting through darkened woods and the signature, fairy-tale tableaux of a 10-speed bicycle flying over the moon, “E.T.” is indeed dreamlike; released two years before Ronald Reagan’s campaign sold the promise of “Morning in America,” Spielberg conjured up the cinematic equivalent of a breaking dawn.More than any of the film’s other achievements — its precise, poetic evocation of a peaceably tree-lined suburbia; its seamless integration of a mechanical character into a live-action ensemble; the soaring euphoria of John Williams’ score — what made Spielberg’s alien BFF parable so persuasive was its patina of brand-name realism, with a wealth of sharply etched material details that account for its tidal emotional potency. Young Elliott (Henry Thomas) sleeps surrounded by plastic action figures and ephemera from Lucas’ lucrative cinematic universe. The boy’s “Star Wars” collectibles are complemented by the Reese’s Pieces he uses to lure E.T. into his home. The goodies were licensed from Hershey, whose global sales increased exponentially as a result.It’s a thin line between charming, candy-flavored verisimilitude and craven commercialism, and if Spielberg ultimately stayed on the right side of it, “E.T.” nevertheless helped open a Pandora’s box of product placement. The charming, comic sequence in which Elliott’s mother overlooks E.T. among a closetful of stuffed animals both kidded and celebrated the character’s potential take-home commodification; Spielberg was now also in the toy business.Also read - 'Top Gun' gets 'evolution' in sequel 36 years on, says Tom CruiseIn the 1984 “Gremlins,” which counted Spielberg among its executive producers, director Joe Dante slyly included a throwaway gag of an E.T. doll being dislodged from a department store shelf. At the other end of the spectrum — as far from satire or self-awareness as possible — the family-friendly 1988 farce “Mac and Me” recycled Spielberg’s premise of a little boy befriending a cute creature as a pretense to relentlessly hawk McDonald’s. It was a grim metaphor for movies as junk food. 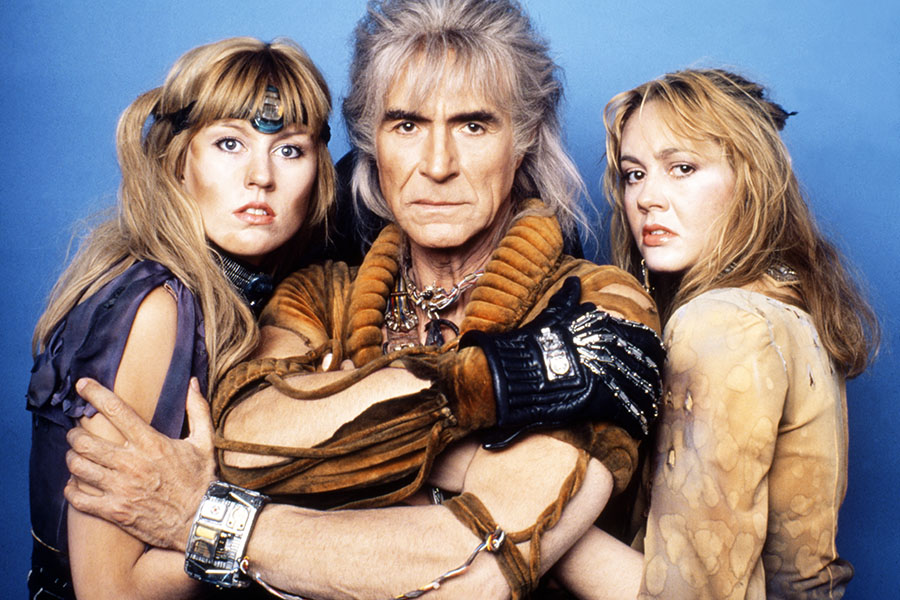