From Russian elites, there is no sign of broad challenge to Putin

The mood of the so-called Russian elite—senior officials, business executives, journalists and intellectuals—has been closely watched for any backlash to Putin's war. If their dismay at Russia's global isolation were to cross a threshold, some Western officials believe, Putin might be forced to change course. But so far there's one common mood: that the country's future is out of their hands 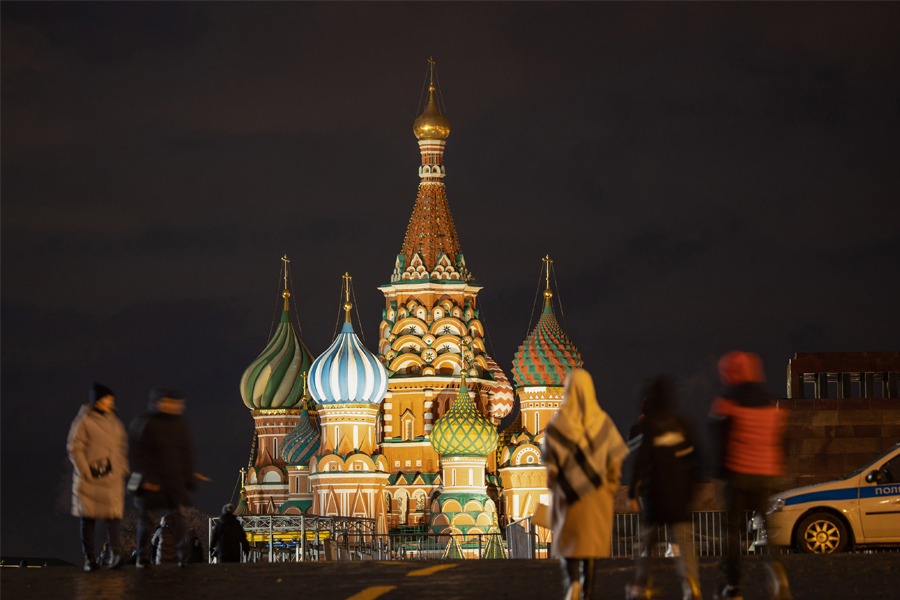 Alexander Y. Lebedev looks like a prime target for sanctions meant to prompt Russia’s elites to turn against the Kremlin. He is a onetime billionaire and a former KGB agent with deep connections both in Russia’s ruling class and in the West; his son owns British newspapers and is a member of the House of Lords.

But Lebedev has a message for anyone expecting him to now try to bring down President Vladimir Putin: “It’s not going to work.”

In that matter, he insists, he is powerless. “What, am I supposed to now go to the Kremlin with a banner?” Lebedev said by video call from Moscow. “It’s more likely to be the opposite.”

Leading Russian business owners and intellectuals fled their country after the invasion on Feb. 24, settling in places like Dubai, United Arab Emirates; Istanbul and Berlin. But many others who were well-connected at home and had close ties to the West stayed behind, struggling to redefine their lives.

As they did, their paths diverged — illuminating the watershed of choices that the war represents for wealthy and influential Russians, and the long odds that any broad coalition of Russians will emerge to challenge Putin. A handful are speaking out against the war while remaining in the country, despite great personal risk. Many, like Lebedev, are keeping their heads down. And some have chosen to throw in their lot with the Kremlin.

“What we have is what we have,” said Dmitri Trenin, who until April ran the country’s marquee American-funded think tank, the Carnegie Moscow Center, relied on by the West for independent assessments of Russian politics and policies. Now he has switched roles completely, defining the West as “the enemy” and describing “strategic success in Ukraine” as Russia’s “most important task.”

“We have all crossed the line from a confrontation in which dialogue was possible to a war in which in principle there can be no dialogue for now,” he said in an interview.

The mood of the so-called Russian elite — a kaleidoscope of senior officials, business executives, journalists and intellectuals — has been closely watched for any domestic backlash to Putin’s decision to go to war. If their dismay at the country’s sudden economic and cultural isolation were to cross a threshold, some Western officials believe, Putin might be forced to change course.

Yet what is happening in reality, interviews show, is that the mood spans a spectrum from desperation to exhilaration, but with one common denominator: the sense that the country’s future is out of their hands. 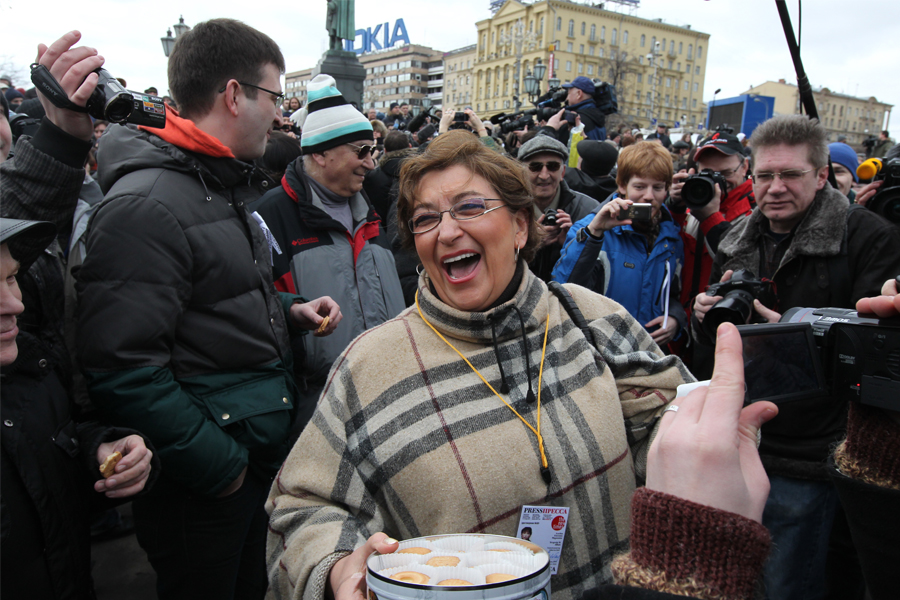 Russian opposition activist and journalist, the New Times editor-in-chief Yevgenia Albats (C) attends in an unsanctioned anti-Putin rally at Pushkinskaya Square on March 17, 2012 in Moscow, Russia. Hundreds of activists were gathered for the rally to protest against the results of the Presidential Elections and policy of state controled NTV broadcast company. 10 people were detained by riot police during this rally. Image: Sasha Mordovets/Getty Images)

“They are drinking,” said Yevgenia M. Albats, a journalist still in Moscow, attempting to characterize those elites who were dismayed by the decision to go to war. “They are drinking very heavily.”

Albats, a liberal radio host and magazine editor, continues to broadcast from her apartment to YouTube; the Echo of Moscow radio station, which carried her show for nearly two decades, shut down after the war began. She has called Putin a war criminal and already faces four misdemeanor charges under Russia’s new censorship law.

As one of the few prominent liberals who continue to loudly criticize the war while inside the country, and with just about all her friends having left, Albats says she faces a “monstrous” loneliness.

“This youthful energy of resistance — all the ones who could have resisted have left,” Albats, 63, said. “I must resist — otherwise I will stop respecting myself. But I understand that life is over.”

Yet to others, life goes on. Lebedev, the business magnate, owns a minority stake in Novaya Gazeta, the independent newspaper whose editor Dmitri A. Muratov auctioned off his 2021 Nobel Peace Prize medal for $103.5 million this week to support Ukrainian child refugees.

Lebedev, 62, said Russia was approaching the model of “Iran and North Korea” and would be able to sustain it for years; Putin would stay in power as long as his health allowed, he predicted in a phone interview, rejecting rumors of the president being sick as “nonsense.” It was “an absolute illusion,” he insisted, that Russia’s wealthy could have any influence on Putin’s insular inner circle.

Life in Moscow has changed little so far, Lebedev said, though it was proving difficult to import his fine wine collection from Italy. He pointed out that other than Oleg Tinkov, the founder of a Russian bank who said he was forced to sell his stake this spring, no major Russian business magnate has spoken forcefully against the war, despite the many billions they may possess in Western assets.

“Even if you say that this was a mistake,” Lebedev said of the invasion, “we still have what we have.”

That is also the logic that helped prompt Trenin, the former Carnegie Moscow Center director, to change course. For decades, he straddled the mainstream foreign-policy discourse of both Moscow and Washington, and employed critics of Putin at his think tank. Before the war, Trenin said that Putin was unlikely to invade Ukraine because doing so would entail “great human and financial losses” and “a tremendous risk for Russia itself.”

But after the war started on Feb. 24, when some of his colleagues fled, Trenin decided to stay put. He said that whether the invasion was the right decision in hindsight no longer mattered, and that he now needed to support his country in what he cast as a war between Russia and the West.

The Russians who left and are speaking out against the invasion, he said in a phone interview, had made the choice to “stand against their country, against their people, at a time of war.”

“This is a time of making a fundamental choice,” Trenin, who served for two decades in the Soviet and Russian militaries, said. “Either you stay with your people and in your country, or you leave.”

Tweets by @forbesindia
BIS: 90% of central banks exploring the utility of CBDCs
Krishna Kumar at Cropin on mapping crops and land around the planet, and building an AI cloud for agri intelligence