The Wikimedia Foundation, the charity that oversees the online encyclopedia, said Google was the first paying customer for its commercial venture Wikimedia Enterprise, which it launched last year 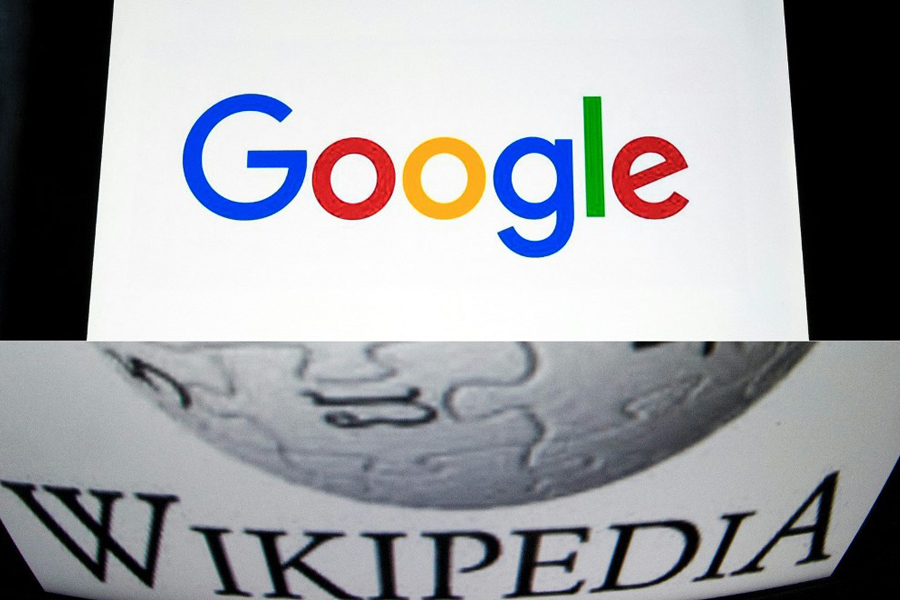 The Wikimedia Foundation, the charity that oversees the online encyclopedia, said Google was the first paying customer for its commercial venture Wikimedia Enterprise, which it launched last year. Image: Lionel BONAVENTURE / AFP

San Francisco, United States: Google has agreed to pay for ramped-up Wikipedia services, part of a growing trend for the US tech giant to strike commercial deals with other web companies.

The Wikimedia Foundation, the charity that oversees the online encyclopedia, said Google was the first paying customer for its commercial venture Wikimedia Enterprise, which it launched last year.

The Internet Archive, a non-profit that runs a site called the Wayback Machine that saves snapshots of websites and is used to fix Wikipedia links, will be offered the commercial services for free.

"We're thrilled to be working with them both as our longtime partners," said Wikimedia's Lane Becker in a statement on Tuesday.

Wikipedia, one of the world's most visited websites, is free to use, updated by volunteers and relies on donations to keep afloat.

The new commercial venture will not change that arrangement for individual users, the foundation said. Also read: Google faces internal battle over research on AI to speed chip design

Google uses material from the site for its "knowledge panel" -- a sidebar that accompanies the main search results.

The source of the information is not always shown, a practice that had sparked complaints from Wikimedia.

The foundation said its new product gave customers a "feed of real-time content updates on Wikimedia projects" beyond what is available to the public.

The product was "designed to make it easier for these entities to package and share Wikimedia content", it said in a statement.

Google has previously given money to Wikipedia through donations and grants but the new deal puts their relationship on a more formal commercial footing.

The foundation's statement did not reveal the value of the Google contract.

Google has long had a troubled relationship with other websites -- it even attempted to create a rival to Wikipedia called Knol, though the venture failed.

But the company has changed tack in recent years and is increasingly making deals, particularly with media companies.

French regulators and Google ended a years-long dispute on Tuesday by agreeing a framework for the US firm to pay news outlets for content.

Google said it had already made deals with hundreds of news outlets across Europe, Agence France-Presse among them.

Tweets by @forbesindia
China's Xi calls for stronger fintech oversight, security
It's wartime but it's not a challenge: Byju Raveendran on the future of online learning