Jio 5G to be launched across major cities by Diwali, rest of India by end of 2023 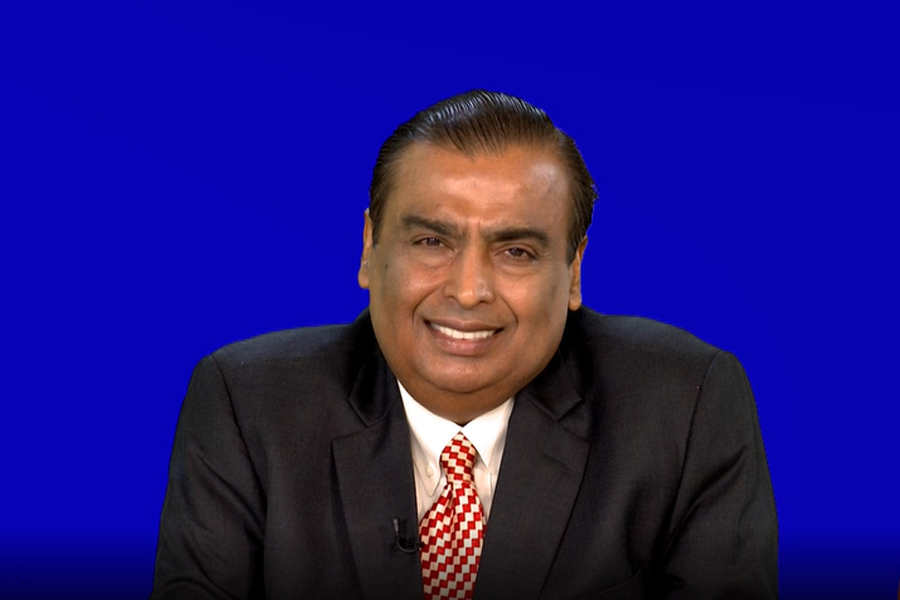 Jio 5G will be launched across major cities, such as Delhi, Kolkata, Mumbai and Chennai, by this Diwali. And by the end of 2023, “which is less than 18 months from today, we will deliver Jio 5G to every town, every taluka, and every tehsil of our country,” said Ambani, vowing that it would be “the world's largest and most advanced 5G network” because Jio’s 5G service won’t rely on a 4G network, like other telecom players.

Most operators, he said, are deploying a version of 5G called non-standalone 5G, which is essentially a 5G radio signal delivered over existing 4G infrastructure. “This non-standalone approach is a hasty way to nominally claim a 5G launch, but it won’t deliver the breakthrough improvements in performance and capability possible with 5G,” said Ambani. In contrast, he added, Jio will deploy standalone 5G with super-fast, low-latency connectivity to allow for services such as machine-to-machine communication, Edge computing, network slicing and metaverse related activities. The company has partnered with Qualcomm, an investor in Jio Platforms, to develop “cloud-native, scalable, and flexible 5G infrastructure, in both mmWave and sub-6GHz, to develop an ecosystem that can extend beyond India”. Once these jointly developed solutions are “proven in India”, they can be taken to the rest of the world, Ambani said.

Furthermore, RIL has deepened its partnership with Google to develop “ultra-affordable” 5G smartphones for India. RIL had partnered with the search giant in July 2021 to jointly develop an entry-level affordable smartphone—the JioPhone Next Android smartphone—which it debuted in October 2021. At the time, Google, had invested $4.5 billion in Jio Platforms, the telecom arm of the conglomerate, for a 7.73 percent stake.

RIL also unveiled AirFiber, a wireless plug-and-play 5G hotspot that doesn’t require fibre cables and offers a personal Wi-Fi hotspot at home as well as offices, and launched JioCloud PC, a virtual personal computer that will be hosted on the cloud using Jio’s 5G network. RIL’s other partnerships include one with Meta, also an investor in Jio Platforms, for immersive technology; Microsoft to expand the Azure ecosystem in India; and Intel for cloud-scale data centres, Ambani said.

RIL’s new energy business is another area of focus, with Ambani saying that the company plans to accelerate its commitment to invest Rs 75,000 crore towards it. The company will establish 20 GW of solar energy generation capacity by 2025, and 100 GW by 2030; the new energy business will emerge as RIL’s newest growth engine.

In another big announcement, Isha Ambani, director, Reliance Retail Ventures, said that the company is set to foray into FMCG. “The objective of this business is to develop and deliver high quality, affordable products which solve every Indian's daily needs,” she said. The move will pit Reliance Retail—it opened 2,500 stores last year to take its store count to 15,000—against FMCG biggies such as Hindustan Unilever, Nestle and Britannia.

Older son Akash and daughter Isha have assumed leadership roles in Jio and Retail, respectively, and are “confidently taking over the reins,” said Ambani. Younger son Anant has joined RIL’s new energy business. That said, Ambani isn’t retiring yet and will “continue to provide hands-on leadership as before.”

Finally, Ambani promised to share an update on the planned IPOs of Reliance Retail and Reliance Jio in the company’s annual general meeting next year.

Tweets by @forbesindia
NASA calls off Artemis launch to the moon
Space to Grow: The real estate roundtable