The lonely work of picking the universe's best astronomy pictures

For six weeks, a mix of astronomers, press officers and science communicators at the Space Telescope Science Institute raced to assemble an early highlight reel for the $10 billion James Webb Space Telescope 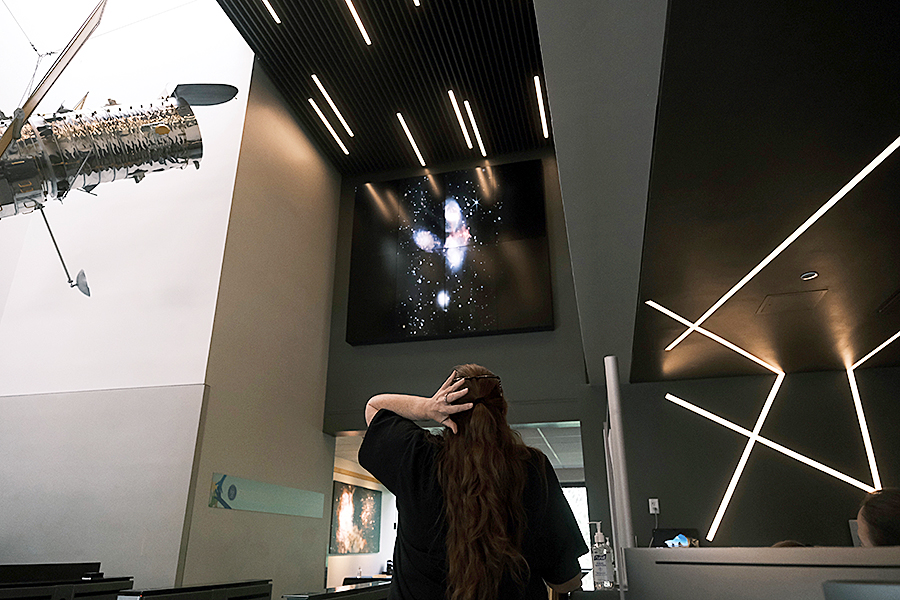 BALTIMORE — After the image flashes up on the projector, a few quiet beats tick by, punctuated only by a soft “wow.” Everyone is processing. Then more “wows” bubble out, and people are talking over one another, laughing. Suddenly two astronomers, Amaya Moro-Martin and Karl Gordon, are out of their chairs, sticking their noses closer to the space fantasia onscreen, agog — “It’s a jet! This is full of jets!” — at the crisp, hallucinatory grandeur of new stars sprouting from a nebula like seeds from a flower bed.

The screen zooms in, in, in toward a jutting promontory many light-years long that stands out in sharp relief.

“Oh my God,” someone says — only that someone was me, accidentally.

“Welcome to the team,” someone else responds.

On Tuesday morning, this view of the Carina Nebula was made public alongside other new observations from the James Webb Space Telescope. But it made an earlier debut on another Tuesday morning — this one in June, when a small team clutching coffee cups gathered around a conference table at the Space Telescope Science Institute in Baltimore for one of many morning meetings to receive, process and repackage for public consumption what humanity’s latest and greatest set of eyes could see — after the team members had first signed nondisclosure agreements to ensure no early leaks.

For six weeks, this group — a mix of astronomers, press officers and science communicators — raced to assemble an early highlight reel for the $10 billion space observatory, launched on Christmas Day last year. It was to be a packet of first-glimpse visuals intended to tease the ultimate promise of a space mission more expensive than the entire Marvel Cinematic Universe (so far).

At the very last minute Monday, the day before the originally scheduled release, President Joe Biden upped the stakes even more by introducing one of the images at the White House. “These images are going to remind the world that America can do big things,” he said.

Even reaching this point had taken decades of planning, threatened cancellations, delays upon delays, a pandemic and a round of harrowing reverse origami that was needed to unfold the telescope in deep space without breaking it. In Baltimore, this group’s task was a mix of on-the-fly science, public communication and brand management: Blow everyone’s mind, show policymakers what all those appropriations had paid for, and assure the rest of the scientific world that yes, some of the universe’s most elusive secrets might at long last be within reach.

The new telescope’s still-functioning predecessor, Hubble — now 32 years old, solidly in the millennial generation — had underscored the stakes. Hubble’s first-look images made it obvious that its mirror was flawed, angering Congress and turning the project into a punchline. But after successful repairs, scientists working on Hubble went on to crank out jaw-dropping, proto-viral photos of galaxies and nebulae like the “Pillars of Creation,” inspiring countless careers in the sciences. (Mine included: Before becoming a science journalist, I spent two years as a data analyst for Hubble, which is also run out of the Space Telescope Science Institute.)

But James Webb is another beast altogether, so distinctive and advanced in its capabilities that even veteran astronomers had little idea what to expect of the images it would yield. Much of that is because the Webb operates in infrared wavelengths. At these frequencies, inaccessible to human eyes, clouds that look solid to Hubble dissolve into wisps of cirrus, distant galaxies grow brighter, new details rise out from the black, and space itself is set aglow by the light of organic molecules coughed out in the last gasps of dying stars. 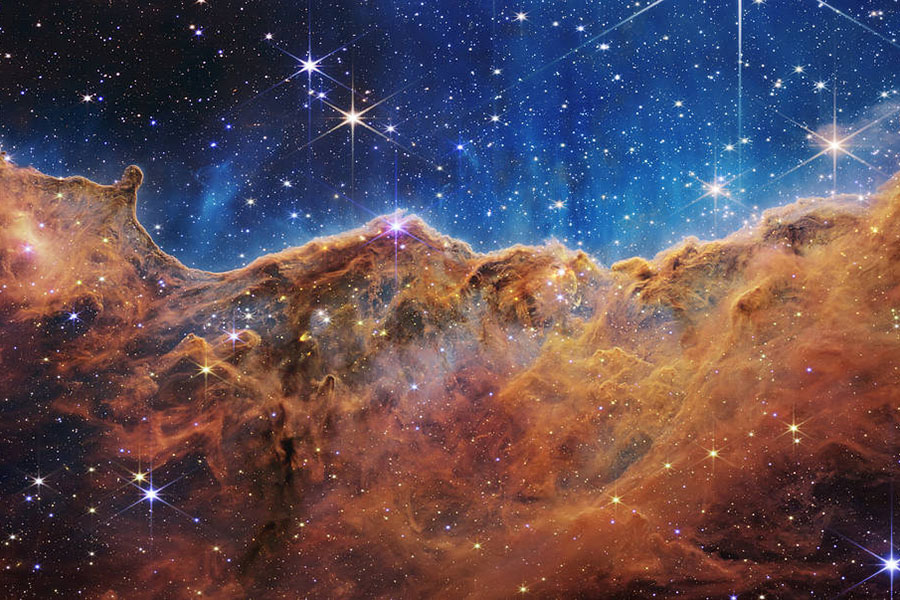 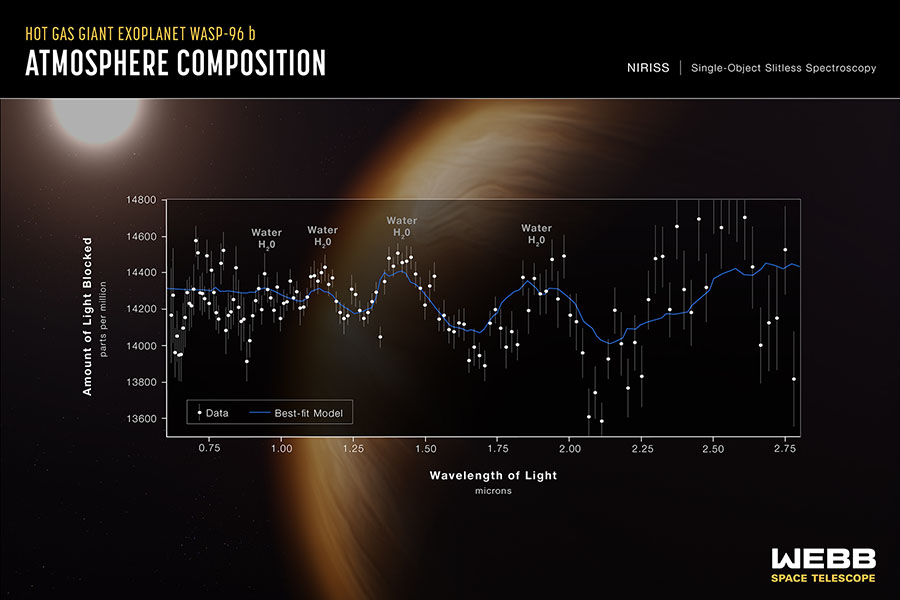 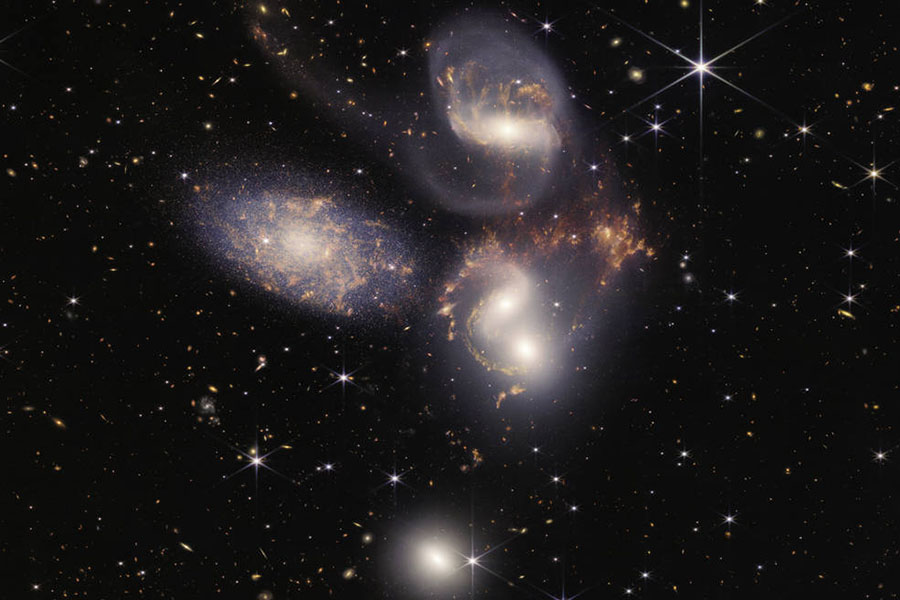 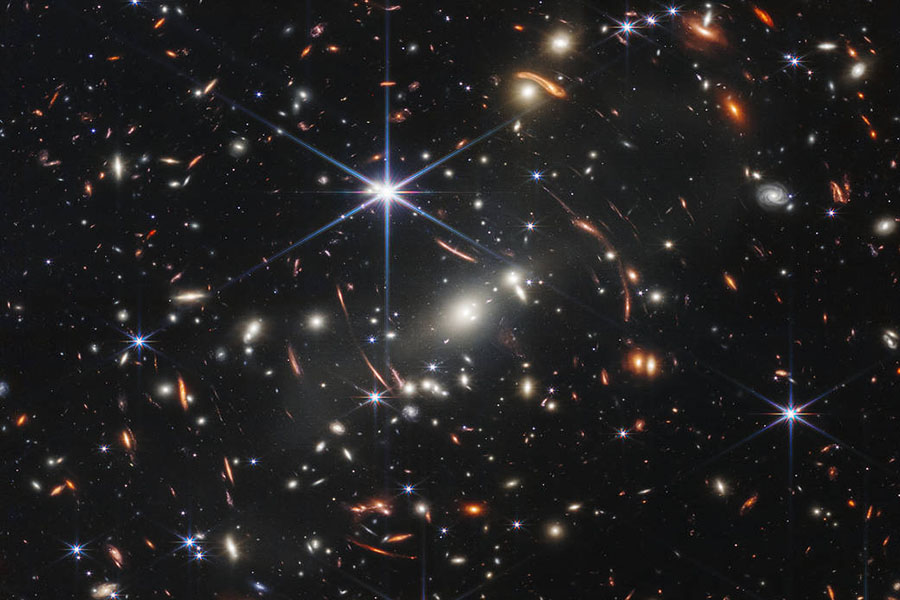 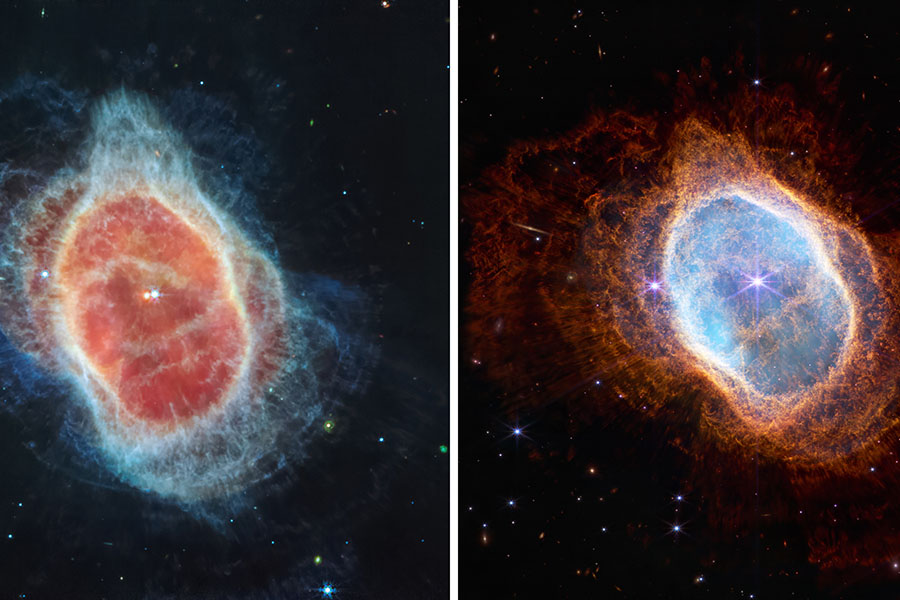 Simply showing off this stuff would demand a distinct color palette and style. NASA wanted to start pushing out the first images within six weeks of the telescope’s coming online. And while staring into the abyss of the cosmic sublime for weeks on end would have its perks, the cone of silence around the project could also prove lonely.

In early June, for example, Klaus Pontoppidan, the astronomer leading this early release team, was the first human to download the new telescope’s full “deep field” view. This long, probing look at distant galaxies peers further back toward the start of time and the edge of space than any instrument of humanity has ever managed. “I was sitting there, staring at it for two hours, and then desperately, desperately wanting to share it with someone,” he said. “But I couldn’t.”

SPACE EXPLORATION IS NEVER just about space. Stories matter, too. And they’re often told by imagery — whether an above-the-fold print, a slickly produced livestream or a Netflix special. This tradition stretches at least as far back as the 1960s, when none other than James Webb, an early NASA administrator whose name would grace the new telescope, embraced art and visual communication as a key part of justifying the Apollo Program.

In the decades after Apollo funding evaporated, a new visual culture emerged from NASA missions connected to the Jet Propulsion Lab in California and a cohort of Hollywood-adjacent scientists like Carl Sagan. They promoted a new rationale for wandering into the expanse for the sake of intellectual curiosity, not just to beat the Russians. The news media and politicians were invited to galas to see eagerly anticipated first glimpses of other planets, beamed back like postcards from sightseeing drives through the solar system. In this era, at the inception of digital imagery, engineers on missions like Voyager often experimented with combining multi-wavelength data into pictures with ultra-vivid hues, said Elizabeth Kessler, a historian of visual culture at Stanford. “They just look like throbbing, shifting, morphing, psychedelic colors,” she said.

Also read: NASA plans to give SpaceX company on the moon

The next leap came with Hubble in the mid-1990s, after a constellation of innovations: the unprecedented eagle-eyed vision of the repaired telescope itself, much faster tools for digital processing and a nascent internet to send memorable images burning into retinas around the globe. Engineers and image processors also adopted new conventions that have recurred in fictional and real-world depictions of the cosmos ever since.

One concerns composition. Space is directionless, but many of the most famous Hubble photographs place solid-seeming surfaces at the bottom of the frame, vaguely geologic structures rising up, and then empty horizons above. This visual style, Kessler argues, invokes landscapes that are at once traversable in theory and staggeringly vast, following a distinctly American graphic language burrowed deep in our collective psyches. Think 19th-century paintings from surveys of the Western frontier, the photography of Ansel Adams, background scenery in countless Westerns — or El Capitan, from Yosemite National Park, looming in the desktop background of a Mac computer.

In parallel, image processors working with Hubble data adopted a color palette that soon came to dominate the wider world of deep cosmic photography. This system, still widespread today, follows a rule called chromatic ordering that echoes the way our visual systems perceive short wavelengths of light as blue, longer wavelengths as green, and the longest wavelengths we can see as red.

The Webb mission, run out of the very same drab office building at Johns Hopkins University as Hubble, continues in the same vein — especially the use of chromatic ordering, which also works to squeeze sensible color information out of infrared wavelengths that human eyes could never see to begin with. Before coloring in the cosmos, though, astronomers had to come up with what to do right after the most powerful set of eyes ever produced had fluttered open for the first time.

In 2016, a committee of representatives from the Space Telescope Science Institute, NASA and the European and Canadian space agencies convened to start choosing Webb’s very first demo targets. They checked off boxes that vibed with the telescope’s scientific goals: a deeper-than-ever deep field, galaxies pulsing in the void like jellyfish, a star with an attendant exoplanet, star-forming regions like the Carina Nebula and more. Ultimately, this process nominated around 70 possible targets.

Once the telescope had begun operating this winter, they whittled this list down to regions of the sky it could point to within the six-week time limit — plus a few held in reserve, to tease out in the next few months as the telescope’s scientific pursuits cranked into gear.

And then, finally, finally, the earliest results started trickling in through the bottleneck of Pontoppidan’s computer in early June, his being the only Webb user account granted access in this hush-hush phase of observation. From there, the team digitally combined raw frames into deeper, more polished exposures and then passed them on to image processors for color rendering.

“I just felt overwhelmed,” said Joe Depasquale, the lead image processor on the project, describing what it had felt like to see one scene of another star-forming nebula come together — something with a more Carvaggio-esque, light-and-shadow effect that wasn’t included in the initial batch of releases. “This is going to blow people’s minds,” he said. (Confirmed.)

Will anything land as hard as the Apollo shots? Or the Hubble pics, plastered on science classroom walls and aped by everyone from Terrence Malick to the “Thor” movies? We’ll see. But for now, at least, the tap is open, and the universe is pouring in.

Tweets by @forbesindia
In a Post-Roe world, the future of digital privacy looks even grimmer
South Africa to regulate crypto as a financial asset