The Indian central bank is likely to hike rates at a faster pace too, as a surge in inflation puts pressure on it to act quicker 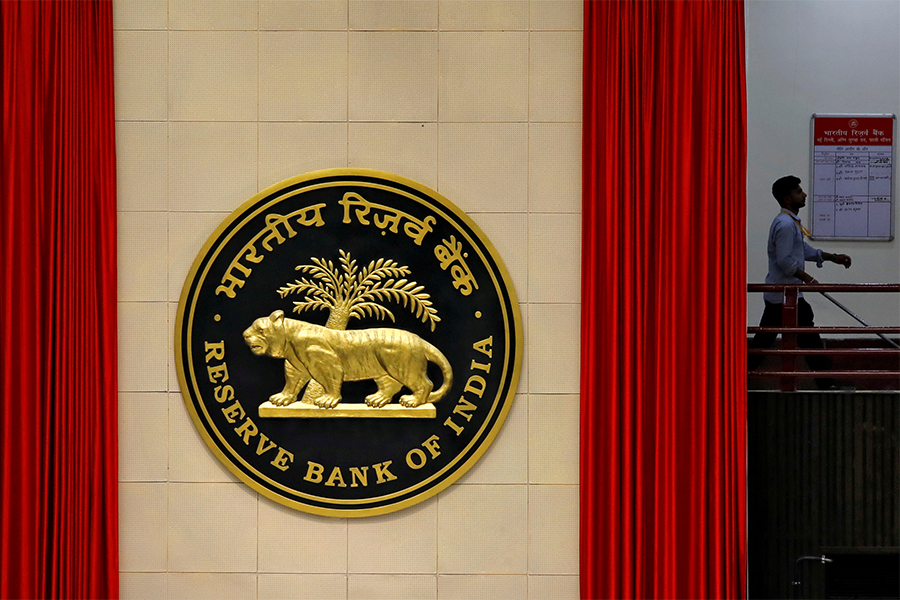 The Reserve Bank of India is looking to raise its repo rate as a surge in inflation has put pressure on it. Image: REUTERS/ Anushree Fadnavis​

BENGALURU (Reuters) - The Reserve Bank of India will raise its repo rate in June and hike at a faster pace than predicted just a few weeks ago as a surge in inflation puts pressure on the central bank to act quicker, a Reuters poll showed.Retail inflation accelerated to nearly 7% in March, above the 6% upper limit of the central bank's targeted range, and will likely soar further as a spike in global energy prices since Russia's invasion of Ukraine seeps into consumer prices.The Monetary Policy Committee (MPC) kept its key rate at a record low 4.0% at its April meeting despite shifting its focus to inflation from growth.But March's 17-month-high inflation number leaves little room for the RBI other than hiking sooner rather than later, and all but three of 46 economists in an April 20-25 Reuters poll expected the RBI to raise the repo rate for the first time since 2018 in June.While 42 expected a 25 basis point hike to 4.25%, only one predicted a 50 basis point hike.Just a few weeks ago, fewer than a quarter of economists - 12 of 50 - were expecting the first hike to come in June, and instead the majority were predicting the first rate rise in August."Given the elevated inflation trajectory and a very realistic chance of the MPC facing its first official "failure" of the monetary policy framework, the RBI will shift its stance to "neutral" in June and embark on a short rate hiking cycle," said Rahul Bajoria, chief India economist at Barclays.More hikes were expected to follow in the coming quarters, taking the repo rate to 4.75% and 5.25% by end-2022 and end-2023 respectively, compared with 4.50% and 5.00% in the previous poll.If realised, the RBI would be the latest to join its peers who have already begun their tightening cycles to tame multi-decade high inflation, a few even raising rates by half-percentage points.

The U.S. Federal Reserve was expected to hike by 50 basis points at successive meetings in May and June. [ECILT/US]"The more delay in acting, the greater the possibility you might end up being more aggressive...there are chances the RBI might have to eventually do a Fed," said Kunal Kundu, India economist at Societe Generale."Persistent inflation has finally upended the transitory theory that central banks across the world had seemed to have fallen in love with."But the RBI was expected to stick to 25 basis point hikes to fight inflation which is turning increasingly sticky.Asked what the chances were of a 50 basis point RBI rate hike in June, over 90% of economists - 28 of 31 - said it was low or very low. Only three said high or very high. (Reporting by Prerana Bhat; Polling by Arsh Mogre and Devayani Sathyan; Editing by Bernadette Baum)

Tweets by @forbesindia
Timeline: How Elon Musk's Twitter buyout unfolded
Lending to the bottom of the pyramid