Inflation shock may push the RBI to hike rates in June

Inflation hit 6.95 percent in March, leading to concerns that retail inflation may breach the upper limit of the RBI's 2-6 percent target band for three successive quarters now, even as the economy struggles with growth challenges 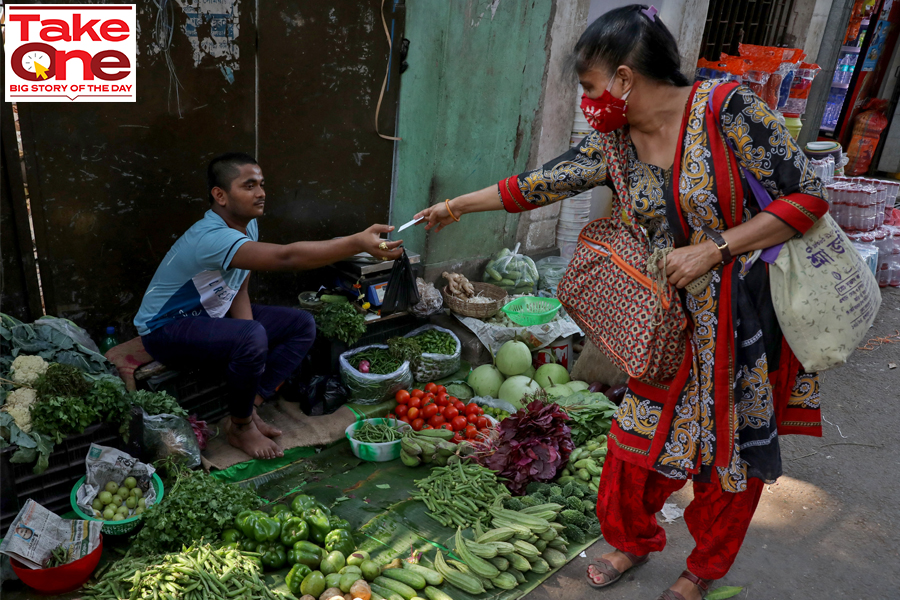 Barely three days after the monetary policy committee’s long-drawn decision to prioritise rising inflation over weak growth by gradually weaning the economy off ultra-accommodation, the economy was in for a double shock.

One, the consumer price index surged to 6.95 percent from 6.07 percent in February, much higher than economists’ and analysts’ estimate of 6.3-6.4 percent. Clearly, as feared for long by leading economists, inflation is no longer transient.The rise in food prices mainly drove up retail inflation, suggesting that the pass through of high commodity prices had begun. Core inflation (excluding food and fuel) also rose sharply by 60 basis points to 6.6 percent. Moreover, rural core inflation increased to 7.7 percent while urban core inflation stood at 5.7 percent. According to economists, core inflation is likely to remain sticky and elevated in the coming months. 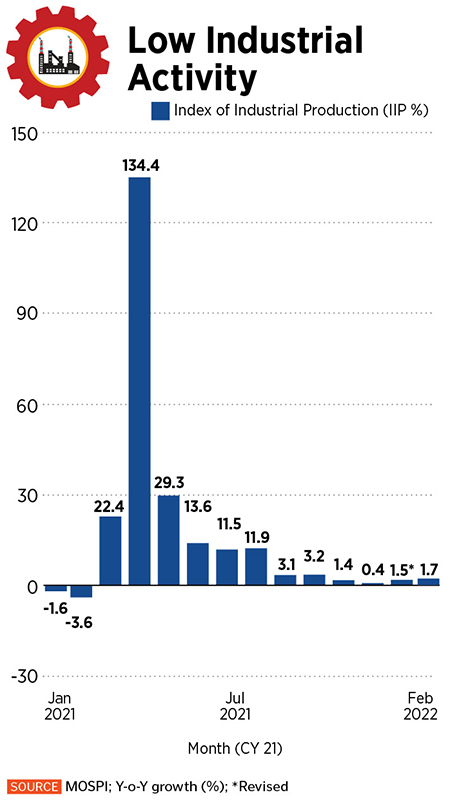 In turn, price pressures are expected to continue to increase in the coming weeks. Fuel prices, specifically petrol and diesel, are up by 3-4 percent in April in comparison to the previous month. Edible oil and gold prices are inching upwards and will continue to weigh on retail inflation.  “Unfavourable base effects in case of other food items are expected to push headline CPI inflation further up to 7.3 percent in April,” said Bank of America’s (BoFA) economists in a report dated April 12. The brokerage has sharply revised its CPI inflation estimate for FY23 upwards to 6 percent versus 5.5 percent earlier. This is higher than the RBI’s inflation forecast of 5.7 percent.  A note by Kotak Mahindra Bank estimates average inflation of 6.2 percent in FY23. “The pass-through of elevated commodity prices is likely to continue both in agriculture (possible higher MSP) and non-agriculture products, and the persistence of supply-chain disruptions will likely continue posing significant upside risks to inflation,” it says.Until April, the central bank had stuck to its game plan of nurturing the feeble signs of growth, and had so long refrained from altering its accommodative policy stance, despite the persistent increase in price levels, which crossed its upper threshold of 6 percent in January and February. 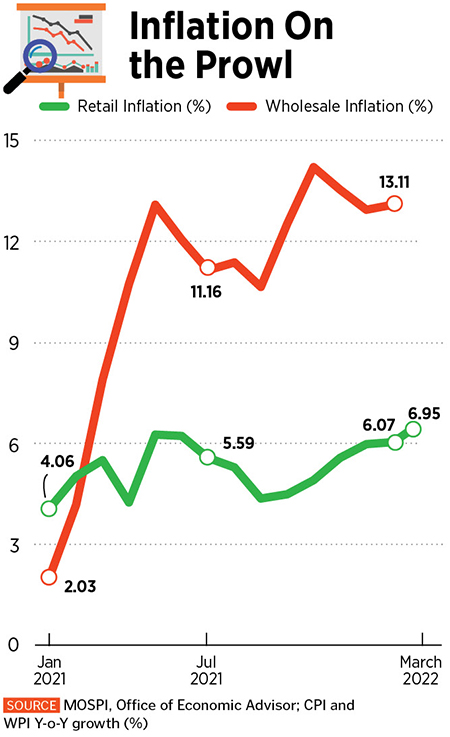 However, despite the Reserve Bank of India’s Monetary Policy Committee (MPC) holding the repo rate at a historic low of 4 percent for 11 consecutive quarters, GDP growth has not picked up meaningfully. Relenting, finally, the central bank revised its growth estimate for the current fiscal year downwards to 7.2 percent from 7.8 percent earlier in its April policy.Two, Industrial production in February was “disappointing” as it marginally improved to 1.7 percent from 1.5 percent in January, much below analysts’ and economists’ consensus forecast of 2.9-3.3 percent. Manufacturing activity has been dismal for consecutive quarters.Now the supply disruptions and price shocks arising from the Russia-Ukraine war have made a challenging macroeconomic situation much more difficult. The level of uncertainty has multiplied manifold, and forecasting near-term economic outcomes is tricky.“In this backdrop, 7 percent CPI inflation print and a likely situation of CPI inflation breaching the 6 percent mark for three straight quarters going forward would naturally make monetary policy setting more tricky in already-uncertain times. We now see a much higher likelihood of the RBI MPC raising policy repo rate by 25 bps in the upcoming June policy alongside turning neutral,” the BoFA report quoted earlier said. 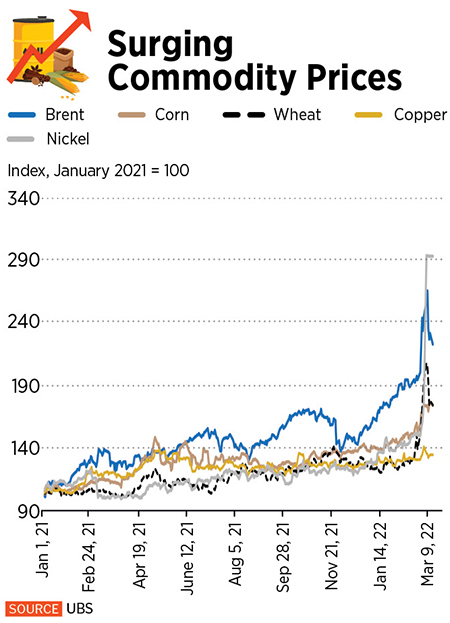 On April 8, the MPC voted unanimously to retain the benchmark repo rate at 4 percent and remain accommodative. But with riders: The monetary policy underlined that the central bank will “remain accommodative while focusing on withdrawal of accommodation to ensure that inflation remains within the target going forward, while supporting growth”.In a bid to do so, without fraying nerves, the standing deposit facility (SDF) rate has been newly set as the floor of the liquidity adjustment facility (LAF) corridor at 3.75 percent. With this move, the reverse repo rate has now been rendered defunct in effect. But given that inflation has unexpectedly hit 7 percent in March, is this a case of too little and too late?Sonal Varma, MD and chief economist, Nomura, says inflation expectations in the last two years have gone up. “Our worry is this is going to be the third year of elevated inflation which is broadening out. The risk of generalisation of inflation and it gradually spilling over to wages is growing, and we are now at a point where inflation itself is going to become a negative (factor) for growth.”Given the rise in global oil and commodity prices, it is not clear yet that inflation has peaked. The jump in input costs has translated into higher production costs which has been partly passed on to consumers leading to higher price levels across most categories of goods and services. 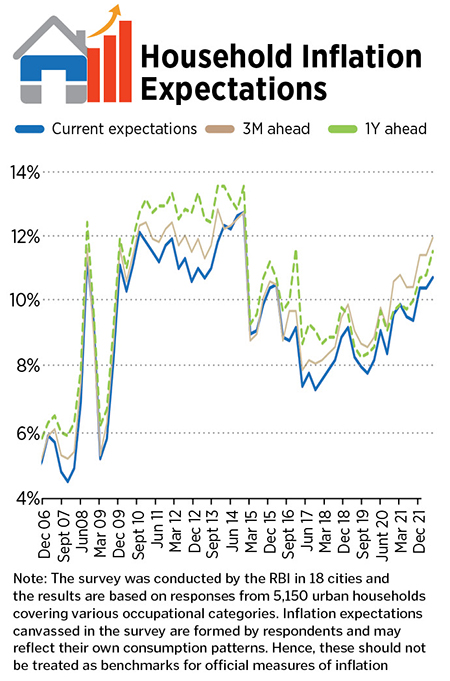 “Inflation is a rising risk in India. The country has the highest inflation rate among large Asia-Pacific economies. It also appears to be broad-based and in particular embedded in food prices. Further, given the rise in global energy prices since the Russia-Ukraine military conflict, inflation might climb up further in the months to come,” says Steve Cochrane, chief economist, APAC, Moody’s Analytics.  Varma adds that the RBI must act upon inflation sooner rather than later in order to not end up hurting medium-term growth prospects or playing catch-up on rate hikes later, as it is unlikely that inflation will cool down to 4-5 percent in the next six to nine months. She pegs inflation at around 6.2 percent in the current calendar year.“If the Russia-Ukraine conflict can reach some resolution by mid-year, then the risk premia now embedded in many commodities will narrow, commodity prices will return closer to their pre-conflict levels, risks of supply-chain constraints will ease, and economic growth could accelerate once again in the second half of this year,” says Cochrane.

Evidently, the investment cycle needs to kickstart to spur durable recovery. Most manufacturing hubs are not operating at full capacity utilisation levels, thereby pent-up demand may not be sufficient to incentivise fresh investments for expansion.“A turnaround in manufacturing and services would suggest that a release of pent-up demand could power the economic recovery. But the risk is that fears of inflation or of another Covid wave could limit spending and the re-entry of labour into the workforce,” Cochrane adds. 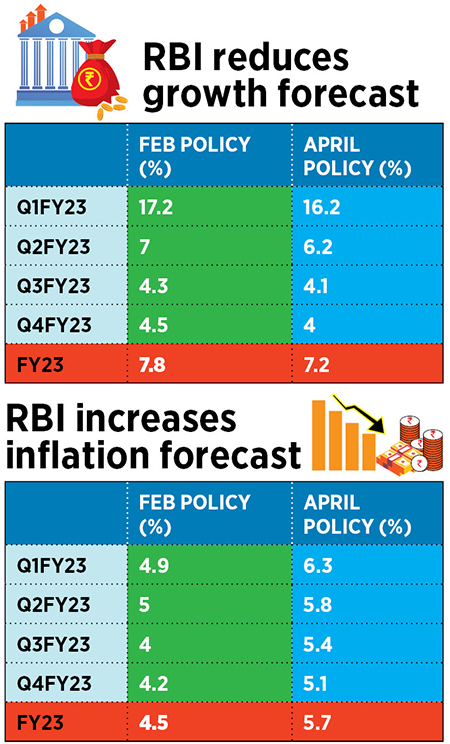 However, Varma says durable recovery is a challenge. “It is not a stagflation (scenario), but it is a stagflation-type effect of the current global macro backdrop and it does mean lower growth and higher inflation,” Varma adds.In the best-case scenario, the geopolitical conflict ends, inflation cools to 4-5 percent, and growth takes off meaningfully over the next few months. But if the situation takes a turn for the worse, and inflation zooms past 6 percent, investments and consumption demand remain bleak, and growth struggles, then consequently the GDP outlook for the next two to three years will be lower.In the current situation, the concern is the RBI may be behind the curve on rate hikes. “As a result, after six or nine months, the catch-up will be not ‘x’ but ‘4x’ of what we need to do, in which case the growth outlook for the next two to three years will be much lower,” explains Varma.Given the high element of uncertainty, there are inherent risks that the monetary action could go either way. “The greatest risk in the near term is the potential for policy error,” says Cochrane.As the RBI readies to ensure, in its own words, a 'soft landing' that is 'well timed', Varma contends it is better to move early on raising rates than having to do a larger pivot down the line. "Ultimately monetary policy has to do a cost-benefit analysis; how much are we incrementally supporting growth through our policies versus how much are we risking future growth because of accommodating a higher inflation for so long,” she says.