He has helped make many of our trips. But building a team and sound processes is what saw Deep Kalra through the dotcom bust and strike gold on the NASDAQ 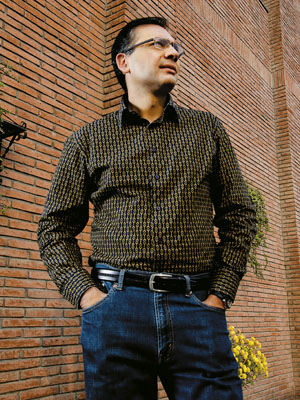 My Mentor: Sanjeev Bikhchandani, founder, Naukri.com. I have known him since 1989, when I was taking CAT classes. He used to conduct our classes.
How he has helped my leadership skills: Sanjeev taught me that an important aspect of leadership is to solve problems. His tips to me are invaluable.
One advice of his that has stayed with me: When you make a new creative for television, never settle for an average one. Even if you have to remake it 10 times, keep doing till you get your Hari Sadu [the famous naukri.com ad].


Arif Khan has been an office help at the Gurgaon headquarters of travel Web site Make My Trip (MMT) for about five years. After the listing of MMT on the NASDAQ in August, he came to Deep Kalra with sweets; he had bought himself a flat with the money he got from selling his MMT shares. “That sweetness was something,” says Kalra, founder and CEO, MMT.

It is moments like these that fuel Kalra’s belief that his team is his greatest asset. “I gave ESOPs to 150 people,” he says. “The venture capitalists [VCs] said I was mad. But I strongly believed that I needed to empower my people and make them a part of the company’s growth.”

Kalra’s preoccupation with building his team started in 2001, when the triple whammy of the dotcom bust, 9/11 and SARS saw the VCs pull out money. Of the 42 people working for him, 18 left. The rest took salary cuts and some invested their own money. Kalra and some others didn’t draw a salary for 18 months. But finally, they made it through. “The guys who stayed with me, believed in me. So, when the listing happened, more than euphoria, it was relief for me. I was not leading my men into a black hole but to the Promised Land.”

And a Promised Land it indeed was. MMT’s initial public offering of 5 million shares was priced at $14 a piece and raised $70 million (Rs. 329 crore). On the first day, the price went up by 89 percent.  Today, the company is worth about $800 million.

Kalra learnt about the importance of a good team from his corporate career, which included a stint at GE Capital. The second lesson was the need for an organisation with sound processes. That need came to fore in 2005, when low-cost airlines changed the travel portal industry for good. The entrepreneur in Kalra spotted the opportunity and tweaked the strategy to adopt an India-centric approach from the earlier specialisation in NRI travellers.

For the new push, Kalra got investors such as Helion, Sierra Ventures and SAIF to put in $13 million. “When the investors came in, we realised that eventually we would go for a listing.” But before that, MMT needed to have an organisation and that, Kalra realised, was lacking. “I asked an accounting firm to do an internal audit to understand the health of our systems. It was pathetic and we got a rating of 4 out of 10. I got in Rajesh Magow [MMT’s co-founder and CFO]. We did another audit in six months and the rating improved to 8.”

Sanjeev Agarwal, co-founder, managing director, Helion Venture Partners says, “In any country, the travel industry is among the first to go online. In India, when low-cost carriers came into the picture, Kalra was well positioned to leverage on his first mover advantage. MMT instantly got high volumes. When we invested, Kalra already had half the market share.”

As the build-up to the IPO gathered pace over the last two years, Kalra focused more on his two cornerstones. He expanded his leadership team from four to 10, which included professionals from multinationals such as PepsiCo and Google. He gave these professionals space and power to build their processes and teams. The biggest task for the team and the members was to make MMT profitable before it was listed. “We questioned each overhead, looked at data and checked what could be done to bring down costs,” says Magow. The obsession with costs paid off within a year and the business returned profits in the 2010 financial year.

Kalra and his team have struck it rich through the listing but he is not yet counting. “As an entrepreneur, your reason or objective should be clear. You should become one to create something special — a product, a company or a service. But if you are just looking for a pot of gold, that is a wrong reason. This is not a five-year game. It is a long haul.”