Taking charge of India’s largest IT firm, TCS, is no joke. But N. Chandrasekaran was more than up to the task. At 45, he became one of the youngest CEOs in India’s IT industry and ensured that margins and revenues continued to rise 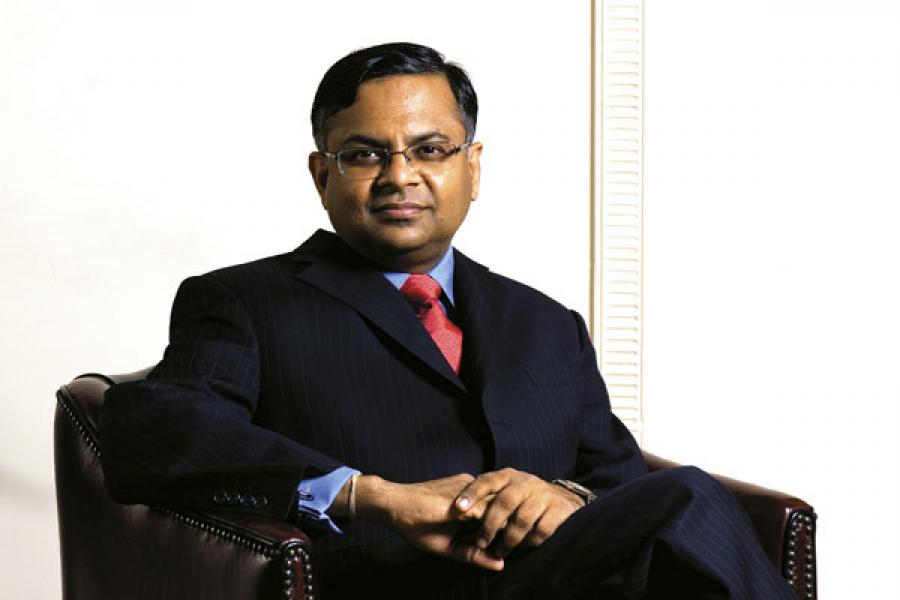 There will be some who will say N. Chandrasekaran had it easy. He got the house — an Antilla actually — that S. Ramadorai had built. When 65-year-old Ramadorai left Tata Consultancy Services, the company had more than $6 billion of revenues and margins of 24 percent. Little more than a year later, TCS has almost doubled its share price, increased its margins and kept its revenues increasing. Talk about taking something really good and making it even better.

When he took over, Chandrasekaran was the youngest CEO in the Tata group’s history, having got the job when he was 45. He is a lifer at TCS. He finished his masters of computer applications and interned with TCS. He was hired soon after and has never left. “This is the only company I have ever worked for,” he says.

Ramadorai, who led TCS till October 2009, had identified Chandrasekaran for the top job back in 1996. Chandrasekaran was handpicked by Ramadorai to lead the GE medical systems project which required simultaneous implementation in 32 countries. He did not disappoint. His big break, however, came in 1999 when TCS clubbed a bunch of projects worth around  $10 million as its e-business portfolio. From there Chandrasekaran took it to about $500 million in four years. He managed to pip several others who were being groomed for the big post by his sheer performance in this project.

Ramadorai kept pitching him into strategic businesses or developments that groomed Chandrasekaran’s vision. In 2003-04 when TCS was 30,000 people strong, Ramadorai decided that everything should be in an information network or MIS; there should be no paper and everything should be digitised. Chandrasekaran played a major role in developing Ultimatix, an internal ERP (Enterprise Resource Planning system), which was scaled up to 120,000 people by the time Ramadorai left. Chandrasekaran, because of his mentorship, has this unique ability to have his eyes on the short-term goals while developing larger business strategies for the company.

Insiders at TCS say they don’t compare Ramadorai and Chandrasekaran. Mixed metaphor be damned, they say that if Ramadorai was Bradman, Chandrasekaran is Tendulkar. Chandrasekaran flatbats any such talk. “Ramadorai took this company from $120 million to $6 billion. I don’t know what my managing style is like. You’ll just have to ask others,” he says.

The thing that marks Chandrasekaran out is his quiet aggression mixed with his great ability to be a team player. He delegates a lot and keeps up the pace and enthusiasm level when a project is on. He spends a lot of time charging up people in his team by talking to them, challenging them and engaging them very frequently. His stamina wows every one inside the company.

Now he has taken to running long distance. He recently finished the half-marathon at Chicago. Apparently, he got off the plane and just ran the race. “A 21-kilometre run, I can do very easily now. I have enough energy to do something else in the day,” he says.

For the immediate term, the goal is to continue to come up with new sources of opportunity like the insurance BPO platform which TCS got through the Pearl deal in 2005. “I am hoping it will succeed. We have put in a lot of effort there,” he says. The other business that has done very well is remote infrastructure management. “It is gone from nothing to $700 million and we hope it will be a strong area for us,” he says. If evidence till now is anything to go by, he  will keep on delivering the goods.