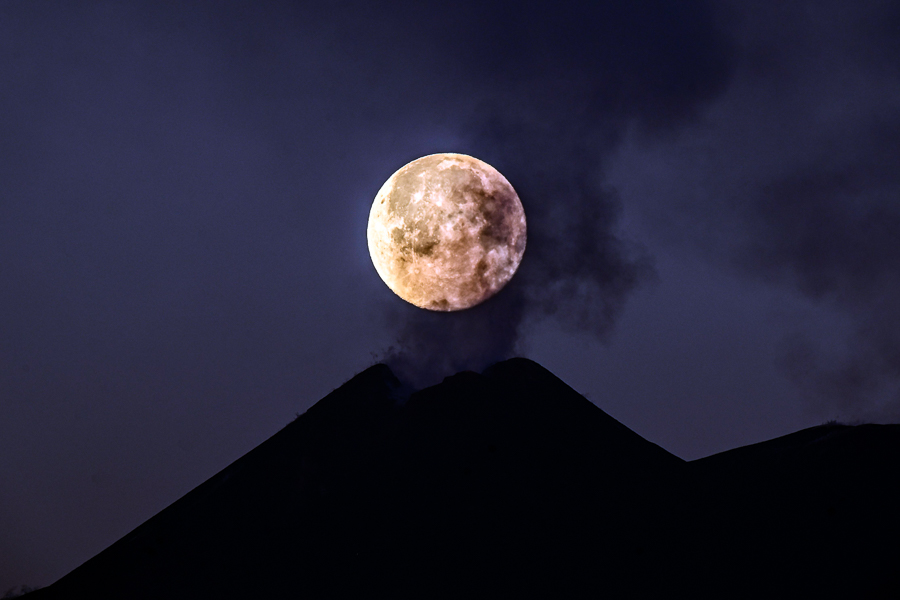 The full moon sets behind the southeast crater of Mount Etna, steaming in apparent stillness on February 28, 2021 in Catania, Italy. The shots were taken thanks to coordinates provided by astrophysicist Massimo Cecconi of the Galileo National Telescope in La Palma, Canary Islands, Spain. Mount Etna, Europe's highest active volcano and one of the world's most active volcanoes, has in recent weeks experienced numerous paroxysms with ash emissions from its south-east crater.