Q4FY17 earnings: Pain for Axis Bank eases but does not appear to have ended

Provisions for bad loans double in Q4, as compared year-on-year 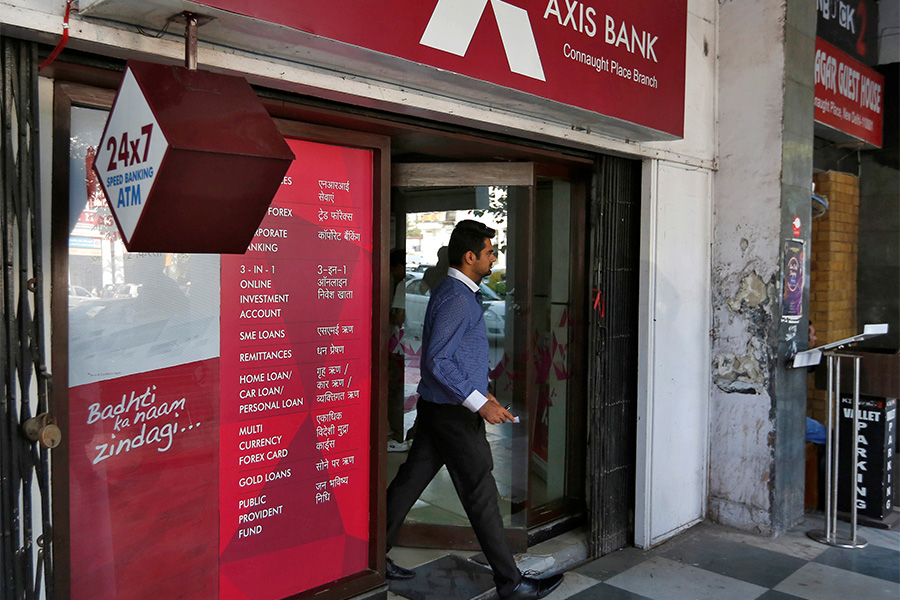 Analysts had expected the bank to report a net profit of around Rs 920 crore for the March quarter.

The provisions and contingencies in Q4FY17 more than doubled to Rs 2,581 crore as against Rs 1,168 crore in same quarter last year.

Net slippage for the quarter stood at Rs 2,008 crores down from Rs 4,210 crores in Q3FY17, a presentation from the bank showed.

The bank disclosed that during the quarter, an account with loan outstanding of Rs 1,660 crore in the cement and cement products sector was downgraded, which was part of the bank’s watch list. The bank’s chief financial officer Jairam Sridharan declined to identify the name of the corporate. “Upon successful regularization during the same quarter, this particular account was subsequently upgraded. We have made a provision of 25 percent against the loan outstandings on this account at the end of this quarter,” he told media, adding that this was according to the bank’s own judgement and not based on any direction from the Reserve Bank of India.

Commenting on asset quality Sridharan said in a conference call with media: “The worst appears to be behind us but there are challenging times ahead.”

Financial earnings aside, Axis Bank appears to be going through a rough patch. Since February, this year media reports suggested that Kotak Mahindra Bank had approached the government to pick up a stake in Axis Bank. Other banks such as ICICI Bank, HDFC Bank and IndiusInd Bank, have also been learnt to have shown interest in acquiring a stake in Axis.

Vikesh Mehta, research analyst at Religare Capital Markets said:"In our view the (Axis) bank still has stress under various heads worth Rs 173 billion which, though is recognised, but yet to be accounted. More so, higher slippages from non-watchlist remains a key concern for us which can keep slippages elevated in FY18."

Axis, on its part, has consistently denied all the reports as “baseless” and that they have not been approached by any suitor”. The bank’s managing director and chief executive officer Shikha Sharma has even gone ahead and been quoted in some sections of the media that: “It is good to feel like a beautiful bride that everybody is aspiring for, but the point is that the beautiful bride is not putting up her hand for marriage. You can have a lot of suitors but there is not going to be a marriage.”

Prior to this, in the wake of demonetisation, Axis Bank came under the scanner, when a handful of employees at some of its branches were seen to be involved in irregularities. It suspended 19 staff who were suspected to be involved in such activity. The bank had hired KPMG to conduct a forensic audit for enhanced due diligence and building more safeguards.

Sridharan said that during the quarter the bank sold assets with a gross outstanding of Rs 2,354 crores and a net book value of Rs 1,828 crores to ARCs against net sale consideration of  Rs 1,686 crores comprising Rs 266 crores in cash and Rs 1,420 crores in security receipts value.

Data relating to the bank’s watchlist is also closely watched by analysts. As on March 31, 2017, fund based outstanding on the bank’s watch list reduced 15 percent over the previous quarter and stood at Rs 9,436 crores. The watch list has reduced to 2.2 percent of customer assets in March 2017. On a cumulative basis, 84 percent of corporate slippages originated from the watch list, for the full year ended March 2017.

The government’s move to demonetise high-value currency notes, has continued to prove to be a blessing for the bank as it triggered a 19 percent rise in savings account deposits in the March quarter, to Rs 1,26,048 crore from Rs 1,05,793 crore for the same period a year earlier.