Budget 2016: The government's political will is strong - Nirmala Sitharaman

Ahead of the Union Budget, Minister of State for Commerce and Industry Nirmala Sitharaman says it has made progress on crucial issues despite the numbers deficit in the Rajya Sabha 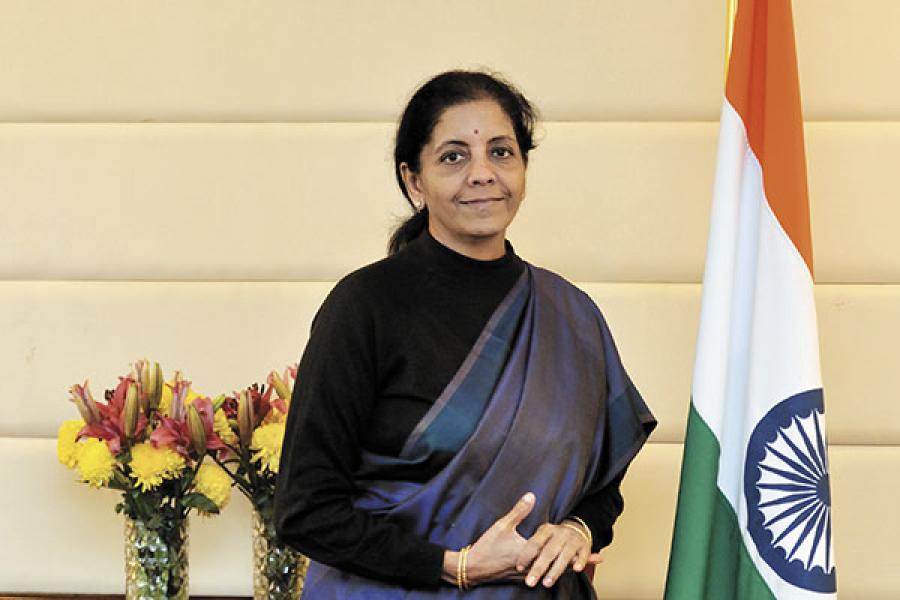 Image: Naresh Sharma
Nirmala Sitharaman says improving the ease of doing business in the country has been the government’s biggest initiative

Q. The external environment has been a cause of worry and exports have been declining month on month for over a year…
The fall in demand and the lack of global stimulus are matters of concern. We hope that the worst is over, and slowly but surely there will be a revival. Fortunately, the sectors which are holding out (that have not been hit by the fall in exports) are labour-intensive; therefore, the impact they have on jobs and job losses is not much. Also, currency volatility has almost become a norm. It has been happening in every currency and market. Major countries that we are trading with are facing volatility.

Q. Foreign direct investment (FDI) is critical for India to achieve a higher rate of growth. Will the global slowdown come in the way of your government achieving a sharp increase in FDI flow into the country?
We have done very well [in FDI]. While globally there is a fall of about 16 percent in FDI, India has seen a growth of 38 percent. That itself is a remarkable achievement. FDI happens because there is hope in the economy.

Q. There is a view that the concept of Make in India, though welcome, has come at a wrong time. There is a global surplus in capacity in almost all sectors and the private sector is hesitant to invest. How do you propose to take on this challenge?
The Make In India Week showcased a lot of things, policies and people. The presentation reflected what India stands for. I would say investors have been cautious. We have got good feedback from the countries that the prime minister has visited so far. Investments by domestic companies are happening. Indian entrepreneurs who were planning to move their core business activities out of India around 2012-13 because doing business was cumbersome here, have not just stayed back, but are also showing plans of expansion.

The only issue that still worries a lot of Indian investors is cost of capital, which is still very high. We are talking to the finance ministry and the Reserve Bank of India. If inflation is well contained, if the government is looks at the fiscal side of things and contains current account deficit, can capital be a bit less expensive? I hope this issue gets addressed because that will have an immediate bearing on how Indian investors plan their future.

Q. What is the most important initiative of your government?
Ease of doing business. An investor should not worry whether it is going to be easy to do business in India or if it is going to throttle him. Is he going to be sitting and doing compliances rather than producing? These are the issues on which every manufacturer, irrespective of the sector in which he is operating, is bogged down with. When we are looking at ease of doing business, it may look as though it may be the icing on the cake but it is not. It is critical to take basic decisions about investment and manufacturing. I would think that is the main thing which will deliver the boost to the GDP.

Q. Where do you see India in the ease of doing business ranking next year? What are the major changes that are being considered this year?
All the states were given time till June 30, 2015, to remove hurdles on 99 points. But many of the states could not complete it and some of them did it past the deadline. So, they couldn’t benefit from the ranking. This year, they will be better prepared. Besides, over 300 areas have been identified for easing business further. States are vying with each other to make it easier because it is a direct indicator through which investments are going to flow. So, they have taken warmly to the idea. This year’s ranking will be much better.

Q. A good public-private-partnership (PPP) policy in the infrastructure space would be an ideal vehicle to attract FDI and bolster infrastructure development. What has the government been doing in that area?
A lot of time is being spent looking at PPPs specific to road projects. Hurdles have been eased for projects where bidders were not coming initially—be it financing or the way in which they would want to draw up the contract with the government. PPP as a subject matter, particularly governing highways and infrastructure creation, is being discussed. We have had several rounds of talks. In fact, more than us, surface transport and power [ministries] have been talking to the PMO to see how to get work done faster.

Q. The Start-up India launch was a huge success. Are you confident of getting the crucial startup policy initiatives passed in the budget?
They were announced by the PM and so the finance ministry will be giving shape to that.

Q. What are your expectations from the budget?
We have given a comprehensive picture and, based on that, a demand has been made to the finance ministry regarding the revival of SEZs; one of the demands is related to MAT (minimum alternate tax). There are other things too, especially manufacturing, on which we want cooperation from the finance ministry.

Q. The NDA government, many commentators say, has all the good ideas and policies but its ‘political deficit’ prevents it from implementing them. Do you agree?
What is a political deficit? We are moving ahead despite the hurdles and taking measures which were not even imagined in the last 10 years. We are moving ahead on critical things like infrastructure, ports, trade facilitation, agricultural reforms, extending insurance to farmers and the common man. These are not small achievements. So, political will is actually strong and that is the reason we are able to push ahead with many things despite the legislative difficulties in the Rajya Sabha.

Tweets by @forbesindia
A new ride and the culture of bling
For me entrepreneurship happened by chance: actor Kunal Kapoor