Dwayne Bravo may be the man of the moment, but the West Indian cricketer has had a career full of many such highs and his share of lows 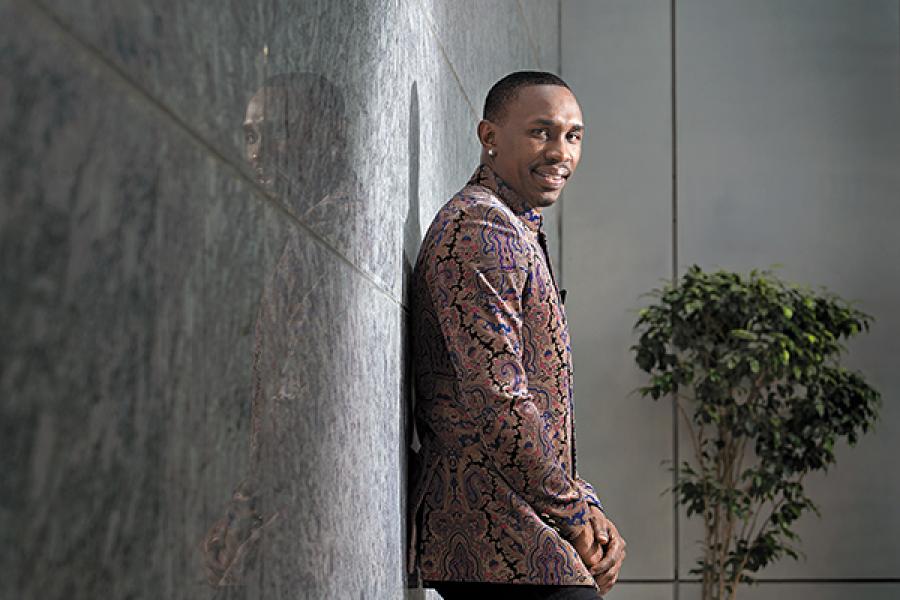 Dwayne John Bravo is a busy man. Days after his team won the ICC World Twenty20 (T20) in the most dramatic fashion, the lithe West Indian still can’t find time to catch his breath. When Forbes India met him at a luxury hotel in Mumbai in April, there were over 100 congratulatory texts lying unanswered in his inbox (and he tries to answer them all, he insists). The Indian Premier League (IPL) was upon him and he needed to wrap his head around the new franchise he’s playing for—Gujarat Lions. But before that, he had to take care of another piece of business: The IPL opening ceremony. At the high-voltage event that evening, Bravo was to share the stage with biggies like actors Ranveer Singh and Katrina Kaif and singer Yo Yo Honey Singh. But there was no doubt about the headline act: A groovy number that features the 32-year-old Trinidadian himself.

Ever since his “good friend” Chris Gayle introduced the song to the wider cricket audience in the opening match of the World T20—doing the signature jig to celebrate his century against England—Bravo’s single, ‘Champion’, has gone viral. On the field, it invoked the West Indian fight-back spirit, and evoked parallels with Cameroon soccer great Roger Milla’s wiggle in the 1990 football World Cup. Off the field, the song has notched up more than 12 million views on its official YouTube channel in over a month since its release. Clive Lloyd’s done it, so have Brian Lara and Usain ‘958’ Bolt. Not just “every Vincy and every Bajan”, but from months-old babies in their cribs to zumba enthusiasts, everyone’s in on the ‘Champion’ jig. Mumbai designer Bhavesh Shah, who has worked with Bravo for more than five years now, has roped in the cricketer as the face of his latest campaign that is dedicated to champions around the world.

“I recorded ‘Champion’ last August and kept it hanging for a while. I was waiting for the right moment to release it. I had the gut feeling that I should do it before the World T20. Thank god I did, because without the team’s success, the song wouldn’t have been this big a hit,” says Bravo.

It didn’t take him much to put the chartbuster together. Last August, when Bravo was in Jamaica and playing around with the lyrics with his friend Colin ‘Raza’ Wedderburn, the word ‘champion’ was on his mind. By the end of the day, the two came up with the song that has the word playing in loop and is a roll call of sorts for Bravo’s heroes (Grammy-winning reggae and dancehall singer Beenie Man), mentors (Brian Lara) and friends (Gayle and Kieron Pollard). They recorded a demo with Gayle and Gage, a dancehall artiste, and the master version was produced in the studio of Trinidadian soca artiste Bunji Garlin. The lyrics are uncomplicated and the foot-tapping beat a child’s play. You don’t have to be Michael Jackson to master it; as long as you are willing to give your biceps a mild workout in tune, you are a #Champion.

Bravo’s innings in the recording studio took off thanks to a joke he cracked with Beenie Man. As a kid, Bravo hero-worshipped the Jamaican artiste (“Because he wrote a lot of songs about girls,” he says winking) and every time Bravo visited the island nation since 1998, he would try to meet him. The meeting finally took place in 2006, when a friend passed on a word to Beenie Man and he invited Bravo over to his house. Over time, the two became friends and when Bravo pulled his leg saying he should do a song with him, Beenie Man took him to his studio. “That was the first time I had gone to a studio. I had no idea it was so difficult to do music,” says Bravo, who recorded ‘Beenie Man & Bravo’, his first ever song in 2011. “That’s the greatness of the man. You make one joke about a dream and he helps you achieve it.” 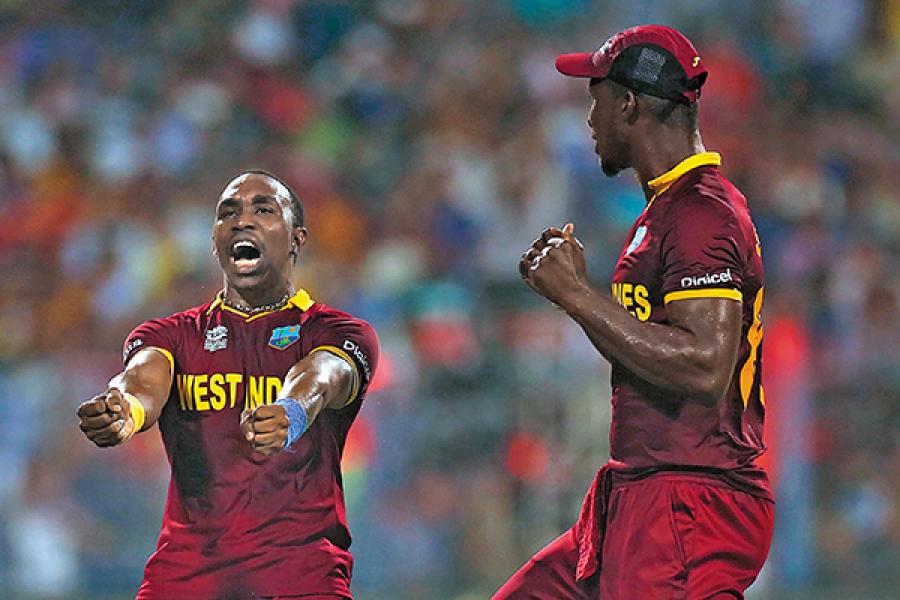 Image: Adnan Abidi / Reuters
Dwayne Bravo, who says he’s the best entertainer in his team, does the ‘Champion’ jig