Shoots, eats and leaves: The changing frames of food photography

From evolving technology to the rise of social media, numerous factors have shaped the ways in which we document what we eat 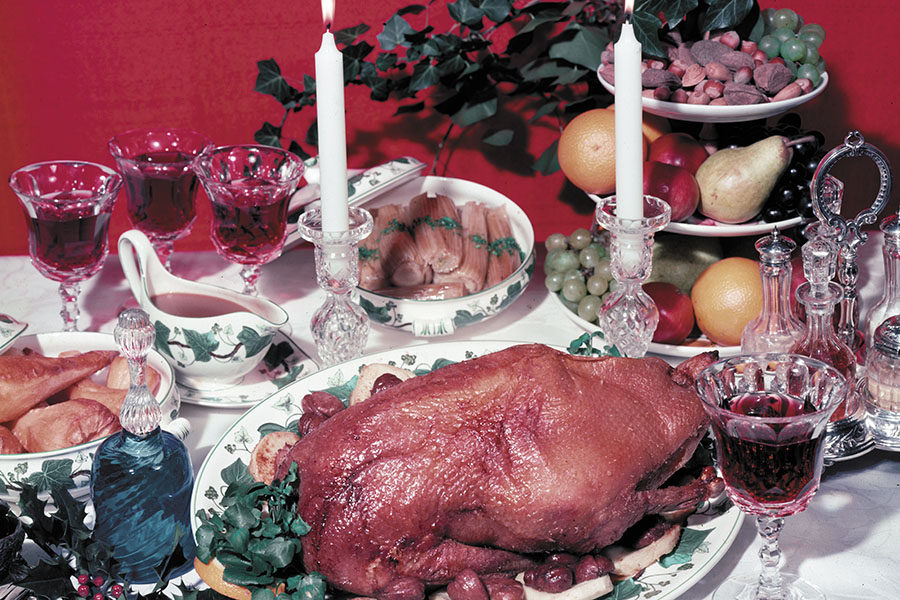 Recipe books of the 1950s and ’60s would have few colour pages, if any, and focussed on the full dining experience, with photographs of ornately and intricately arranged food preparations
Image: Chaloner Woods / Getty Images

When was the last time you went out to eat, and saw someone pull out their mobile phone and take a photograph of their plate of food (if you were not doing it yourself, that is)? Chances are, not so long ago.

Photographing food has assumed a proportion that has perhaps never been seen before, thanks to the ubiquitous camera phone. But no matter how original we think we are being with the composition, or how clever with the light, we are simply adding to a centuries-old tradition of documenting what we eat.

Like many other forms of photography, food photography followed from the traditions of painting still life from 16th- and 17th-century Europe. Food lent itself well to being the subject of paintings because of their attractive colours and shapes, their availability, and the ease with which they could be arranged. So, whether it is Michelangelo Merisi da Caravaggio’s ‘A Basket of Fruit’ (1599), Vincent van Gogh’s ‘Still Life with Two Jars and Two Pumpkins’ (1885) and ‘Still Life With Apples’ (1887-88), or Paul Cezzane’s ‘The Peppermint Bottle’ (1893-95) and ‘Apples and Oranges’ (1900), food has fascinated the greatest of masters.

One of the earliest known food photographs, taken by French inventor Nicéphore Niépce, dates back to 1827 and shows a table laid out with a bowl, a dish, a bottle, cutlery and other paraphernalia. Although Niépce’s work can be considered more as an example of technological advancement rather than artistic endeavour, others followed rapidly in his footsteps: Henry Fox Talbot photographed basketfuls of fruits in the 1840s, and coloured chromolithographs of artistically arranged food preparations appeared in French chef Jules Gouffe’s The Royal Cookery Book in 1867. 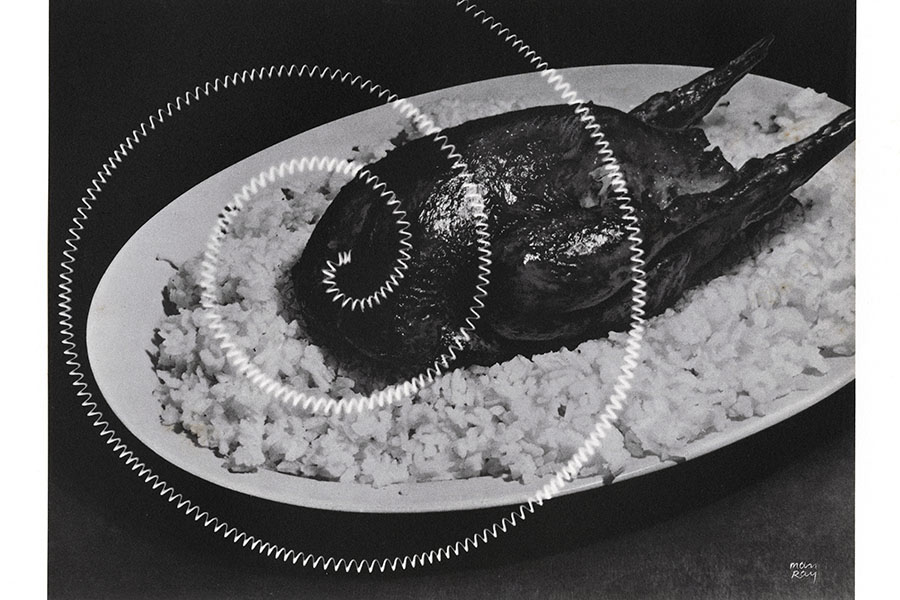 The 1931 photograph by Man Ray showing a roasted chicken was commissioned by a Parisian utility company to promote the use of electricity in households
Image: Man Ray: Adoc-photos / Corbis via Getty Images


As advancements in photography and printing technology continued, it was around the early 1930s that food photography found its first commercial use: Advertising. For instance, a 1931 photograph by Man Ray—titled ‘Kitchen’, it is part of the J Paul Getty Museum’s collection—shows a roasted chicken. The photograph was commissioned by a Parisian utility company to promote the use of electricity in households (the chicken purportedly having been roasted in an electric oven).

But the cost of printing photographs remained high, making advertisers and publishers opt for hand-painted illustrations. In the 1950s and ’60s, recipe books either opted for line-drawings or black-and-white photographs, with maybe a few in colour. What changed food photography significantly was the advent of Japanese printing techniques in the late 1970s and early 1980s that made it possible to reproduce richer colours. But camera technology and the consequent need for high intensity lights presented their own problems: Ice cream melted, lettuce wilted, fresh fruits lost their lustre. (In)famous food substitutes came into the picture: Acrylic or glass cubes for ice, mashed potatoes for ice cream, colouring chemicals, and uncooked ingredients.

The styling of food photography of these times was focussed on the whole dining experience. Photographs showed entire dining tables, with elaborate spreads where individual dishes were intricately and ornately decorated. The table is laden with designed tablecloths, gleaming crockery and cutlery, candle stands and centrepieces. That this approach lasted a few decades can be seen from books such as Betty Crocker’s Picture Cook Book from the 1950s, and Martha Stewart’s first book Entertaining, from 1982. 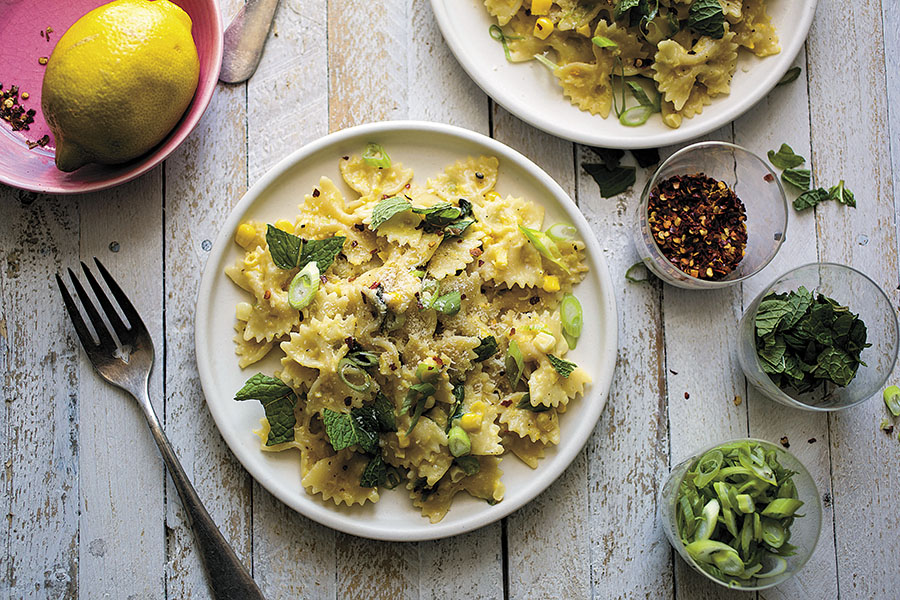 As diners get less formal about food, modern photography wants the food to look real

What we see today is a far cry from the 1950s and ’60s. “Food photography has moved away from the skills learnt in the advertising and pack-shot world of perfect, plasticy food to ‘real’ images that come from a photo-documentary background, a trend that was started by the likes of Robert Freson in the mid-1970s with his Taste of France and Marco Pierre White’s 1990 book White Heat (photos by Bob Carlos Clarke),” says Helen Lewis, creative director at Quadrille Publishing, a leading UK publisher of books on lifestyle and food and drink.

Lewis agrees: “There has been a... desire for the image to look natural and sometimes even partly eaten, to make it feel as if someone has just left the room.” There has also been a preference for natural light over artificially lit studio images, and realism, where the food looks like it is ready to eat and is actually edible.

Technology has democratised photography, allowing bloggers to compete with professionals, but quality has been a concern
Image: Pasta and soup: Andrew Scrivani; Martini: Jean Cazal

“Digital technology has changed photography, both in a positive and negative way,” says London-based photographer John Cazals (jean-cazals.co.uk), a much-awarded artiste who has worked on more than 90 books. “While it has brought photography closer to a lot of people, it has also mixed up the professional with the amateur.” He explains that while digital technology has made the shooting and processing of images much easier, it has also diluted the importance of expertise. Publishers, he has seen, have commissioned bloggers for print jobs based on their online portfolios and then found them lacking in skill. “The bloggers come in, they go snap, snap, snap, and do some retouching later on. And then the publishers see the work of professional photographers and realise it’s really good.”

“The rates for photography have been in steady decline since the dawn of the digital era,” says Scrivani. Online platforms such as Instagram, says Cazals, are good in a way because they are promoting food photography, but have also resulted in overkill.

‘Cream Crop’ by Jean Cazals (left), and ‘Smoked Wings’ by David Griffen. At present, there is a curiosity about food that goes beyond the table, and looks at the people and cultures amidst which the food is produced
Image: Cream crop: Jean Cazal; Smoked wings: David Griffin

Food photography has reached a stage now when it has gone well beyond the table to include elements of photojournalism; people are curious not just about recipes and ingredients from far-flung places, but about those places themselves. Reflecting this trend, the UK-based Pink Lady Food Photographer of the Year award has categories named ‘Politics of Food’, ‘Bring Home the Harvest’, ‘Startisans Food in the Street’ (street food sellers) and ‘Food in the Field’, among others. “Food is central to life, to society,” says Caroline Kenyon, founder and director of the award. “In some parts of the world, it’s about survival. In some other parts of the world, it is a privilege and is about socialising. We want to show all that.”

“Like fashion, food also goes through phases, but not as many as fashion because at the end of the day, a tomato is a tomato!” says Cazals. “First there was the need to bring in the table, the glass and the cutlery to replicate reality. Then, while I was working with Vogue Entertainment in Australia in 1995, we tried to make food more approachable, by including a feeling of leisure.” But, like all things good, things went overboard. Now the top-angle shot is so common, it’s almost ordinary, he adds. There is also the careless look, “with things sprinkled on the table, some sauce hanging around. But if you are not careful, it will look like a mess!” 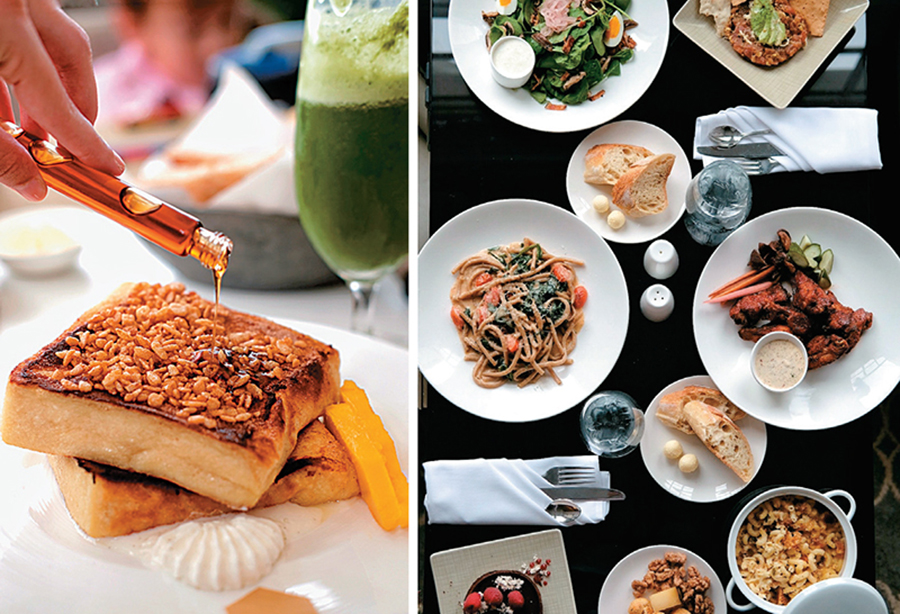 Instagram photographs of food are quintessentially in the ‘now’, giving the impression of a free-spirited life of leisure and travel
Image: Christine Yi


“Social media platforms have made everyone in the world interested in food,” says Lewis of Quadrille Publishing. “Food is now one of the most photographed things on Instagram.”

Christine Yi, a New Yorker with about 146,000 followers on Instagram, is one such person contributing to this trend (@cy_eats): A full-time Instagrammer, Yi puts up at least four food posts a day. “I have always loved food and eating out,” says the former hedge fund manager who quit her career to take up the camera in 2012. Well, actually, her iPhone; she bought her first camera—a Fuji X-Pro-2—only last October, and has had no formal training in photography. Although she earns a living from her Instagram posts, Yi does not put up more than three sponsored posts a month—“which is nothing compared to what some others do”—and is picky about the brands she associates with. So far, she has done a campaign for Whole Foods, an American supermarket chain. “I would not work with Burger King; that is not what I would eat,” she adds.

But Instagramming for a livelihood comes with its pressures (and perks): Yi has to be sure of posting at predictable times of the day, and a predictable number of photos, to maintain engagement levels; she also orders six to eight kinds of dishes while eating out (which is often); and has to have a stomach for exigencies, like when a car drove over her phone and she could not post for 36 hours (a crisis in the world of Instagram). Perks include a life of travel, sight-seeing and drool-worthy food. The only reason, she says, she would not take on assignments like working on a book is that it will not fit into her busy schedule.

Tweets by @forbesindia
The last video chain: The inside story of Family Video and its $400 million owner
Pranav Saboo, Founder and CEO of Ethos Watch Boutiques picks his 7 favourite watches